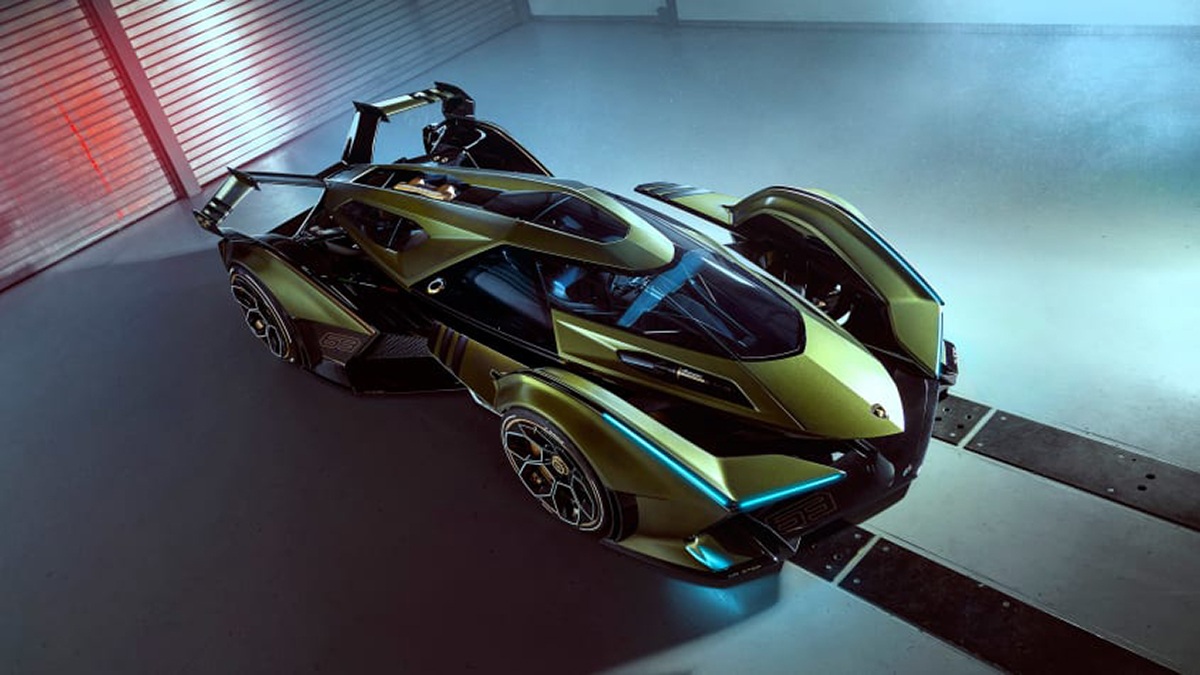 The Gran Turismo video game series has expanded far beyond its original remit in the near quarter-century it’s been around, but one of its most remarkable offshoots is the Vision Gran Turismo project.

Exploring the wildest ideas of the car industry, more than thirty Vision Gran Turismo concept vehicles have been introduced since the project’s introduction in 2013, and the latest is from one of the most spectacular of all car companies: Lamborghini.

The Lamborghini Vision Gran Turismo was introduced at the weekend at the World Finals of the 2019 FIA Certified Gran Turismo Championships held in Monte Carlo.

Like several companies that have unveiled Vision Gran Turismo cars so far, Lamborghini did so not just in virtual form, but by creating a full-scale concept car allowing competitors, journalists and fans to see the concept in the metal.

It’s perhaps the brand’s wildest concept yet, too – even considering such lunacy as the Sesto Elemento and Egoista. Created by Lamborghini Centro Stile, Lamborghini says the design is meant to build upon historic Lamborghini design DNA, but also take the brand into the future. The detailing certainly screams Lamborghini, though the overall form is quite different from anything we’ve seen before.

Like the Egoista, it’s a single-seater design – a nod to the virtual nature of its purpose, where passengers aren’t required, nor indeed possible. The cockpit, which includes much of the bodywork around the windscreen area, hinges from the back, so a driver would enter the car not from the side but from the front. From there the driver would sit reclined, much like in a Formula car, with information projected onto the screen in front.

Virtually the entire body surface is designed to have some kind of aerodynamic effect, with prominent front and rear wings. Once again, like a Formula car (in this case not dissimilar to Formula E), the body is separated from the fenders. Less like most racing cars, but in common with several Lamborghinis, the powertrain is visible beneath the rear deck – as well as from the sides, thanks to additional transparent panels.

Power comes from the hybrid-assisted V12 used in the Lamborghini Sián FKP 37 launched at the 2019 Frankfurt motor show, so while no performance figures are quoted for the Vision Gran Turismo, it’s fair to assume they’d be similar to the Sián – think 0-100kph in under 2.8 seconds, and a top speed on the far side of 349kph.

According to Mitja Borkert, Head of Lamborghini Centro Stile, the Vision GT is “created to provide the ultimate virtual car for young fans and gamers, who are ultra-enthusiastic about Lamborghini and its futuristic aspirations” while also “an opportunity for the design talent within Lamborghini to stretch its wings.”

No production car is planned – though we wouldn’t put it past Lamborghini making one or two for particularly wealthy clients – but its virtual counterpart will become available in Gran Turismo Sport from Spring next year.