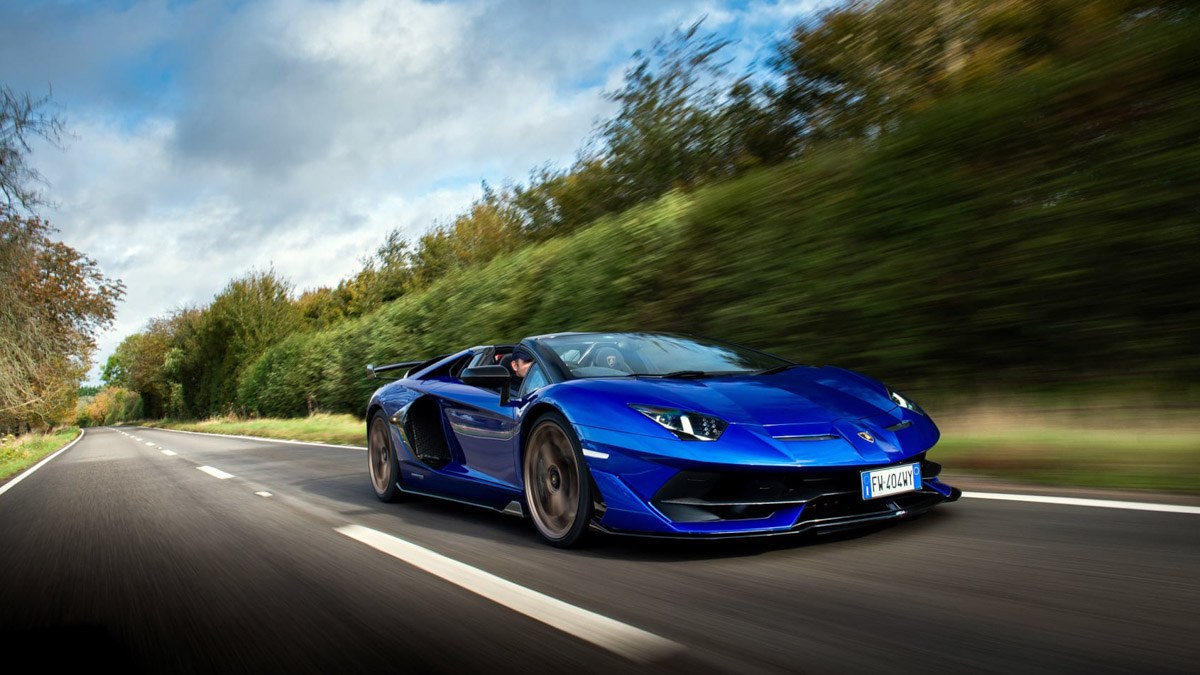 It’s the Lamborghini for those who think an Aventador coupe isn’t extrovert enough. The supercar that’s built to a blueprint older than those responsible for today’s batch of EV hypercars. An archaic (to some) throwback that prowls the roads trying to justify its existence.

For us, it’s simply the Lamborghini Aventador SVJ Roadster, the V12 supercar that defies modern convention and cares little for today’s pampered approach to performance cars. And it’s brilliant. Or utterly rubbish, depending on which side of the Lamborghini fence you sit.

Taking all the aerodynamic know-how from the SVJ coupe, the Roadster has a two-piece carbonfibre roof panel in place of the coupe’s aluminium skin and that’s about it in terms of what’s the difference.

Same gargantuan V12 engine, same woeful seven-speed automated manual transmission, torturous seating position and the ability to turn heads and crack a smile on the most miserable of buggers.

Six-and-a-half litres, 12 cylinders and a sound with more layers of texture than an influencer has paid-for followers. By today’s standards the return on investment from that cubic capacity and cylinder count is pretty poor – reduce the cylinder count by a third and add a couple of turbos and you’ll easily match the Lamborghini’s 759bhp, but that misses the point of this luscious V12.

It doesn’t matter that its 531lb ft is near equal to today’s crop of supersaloons, because none of them delivers such a thrilling experience as the Aventador’s V12 when you’re brave enough to venture into the dark reaches of the throttle pedal’s travel.

It’s all about the aero when it comes to the Aventador SVJ Roadster, as it was with the coupe. Called ALA 2.0 (Aerodinamica Lamborghini Attiva) it incorporates an active rear wing featuring two slots positioned in the nose and an intake at the base of the engine cover ahead of the rear wing support. It works in conjunction with your driving style. So if you’re behaving yourself the openings are ‘closed’ to leave the front splitter, rear wing and considerably sized rear diffuser working as normal (producing 40 per cent more downforce than an SV). It’s when the speed increases that the aero becomes active, when less drag is required and more downforce preferable.

At this point the flaps in the nose open to reduce the airflow over the car by directing it under it and reducing pressure across the front splitter. At the same time air at the rear of the car is forced through a number of smaller openings and the aerofoil to disturb the airflow under the wing, therefore stalling it.

What’s really clever about ALA 2.0 is that it can manage the aero left to right, altering downforce across the car as it goes through a corner.

On top of this, ALA 2.0 is also linked to the car’s magnetic damper system, rear-wheel steering, its dynamic steering and the four-wheel-drive system and is all designed to improve the SVJ’s cornering ability. So, too, is the mechanical locking rear diff.

Within the four-wheel-drive system the centre clutch will disengage under braking to improve feel and increase agility on turn-in. Unfortunately none of this tech improves the gearshift, which is ponderously slow no matter the setting selected.

On first acquaintance the Aventador SVJ Roadster is like every other big Lamborghini of the modern era to drive: surprisingly easy and straightforward. Disappointingly so if you were expecting to wrestle with every control and were prepared to skin a few knuckles along the way.

And then you switch it all to Corsa mode, think ‘when am I going to have the opportunity to enjoy this magnificent machine again?’ and then go for it. For a V12 the first three gears don’t last that long and the resulting speed soon has you short-shifting to maintain some sanity. But the thrills never subside. The noise consumes you, the performance batters you, but it remains measured in all that it does.

Yes, the chassis lacks the composure of those of today’s more modern machinery and can feel one-dimensional once you are used to the 3D feedback of others. But it’s never lairy. Never unpredictable or edgy. It’s more progressive than you were perhaps expecting but is equally less polished and finessed than you would hope. And like all cars from a generation many have already forgotten, it makes you do all the work.

You need to work the steering to get the nose to bite the apex with the required level of purchase and the steering wheel is constantly busy between your fingers on anything but racetrack-smooth tarmac, although not all that chatter results in feedback. At times the steering can feel a little numb, overdamped to filter out the kickback.

And yet little of this matters, because the Aventador SVJ Roadster delivers more thrills and excitement in one throttle application than many modern performance cars can muster in a year of driving. It’s noisy, tricky to get into, not especially comfortable when you are in it and cars costing a fraction of its $509,655 asking price are quicker and more polished and capable machines.

Yet it corners with directness and pivots through a turn with an ‘as one’ feeling, perhaps not as quick as its performance and looks suggest it should do, but equally you feel part of the equation when doing so. It also feels no bigger than a Huracán on the move, which means you can enjoy it on roads that its girth suggests are out of bounds.

And few have the childlike appeal of this Lamborghini. Flawed? Undoubtedly so, but we wouldn’t have it any other way and we’ll miss it and all its faults when it’s gone.

Direct rivals are thin on the ground when it comes to the Aventador SVJ Roadster, primarily because its $509,655 tag is rather steep. McLaren will sell you an equally ballistically quick 720S Spider for $311,320, and Ferrari’s new $307,000 F8 Tributo Spider might tempt you, too. Although it’s the $417,000 Ferrari 812 GTS and Aston Martin DBS Superleggera Volante at $325,000 that provide the V12 soundtrack and powertrain to match the Lamborghini. 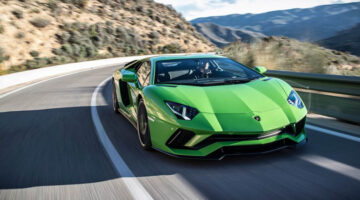 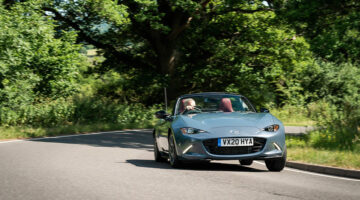