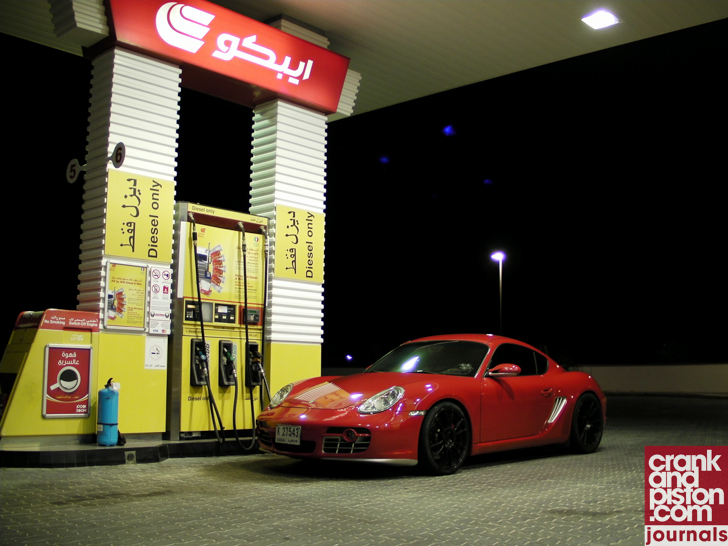 Instead of breaking or modifying anything this month, there were a couple of issues that I decided to turn my attention to instead, with the intention of actually fixing them.

What started as a nervous twitch through the steering wheel under braking became worse after the recent track session and was now a constant vibration through the wheel.  It was nothing dangerous, but noticeable and very annoying. Playing with tyre pressures helped slightly but ultimately fixed nothing. Going on my feeling that the vibration was there when the new Pirelli rubber was fitted, I assumed that tyre balancing could be an issue. What I didn’t want to think about was the possibility of another bent rim – only a couple of months ago I put new wheels on specifically for this reason. Not trusting the usual tyre places, I headed into the Porsche service centre to have them spin the wheels up on the balancing machine and see if the issue could be traced. 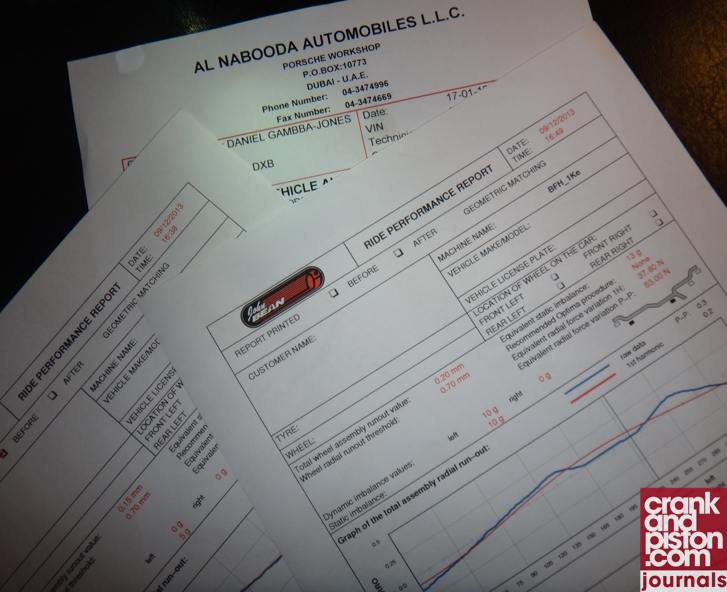 With fingers crossed, breath held and black cats locked up I awaited the results. Instantly we could see the rims were straight and true. Phew. The wobbly line on the graph printouts clearly showed that something wasn’t right though. After some interpretation of the results, the tyres were popped off and then refitted matching them to the rims. Once back on the car the guys assured me all was sorted, and you know what? They were bang on the money. It’s quite remarkable really; not a wobble to be felt, even under braking.

Another problem of late is finding my super-duper lithium ion battery switching itself off due to being low on charge. It’s not an issue in itself, as the battery has a reserve to ensure there is enough charge to actually start the car, which is great provided you can reach the battery and push the switch.

However, Porsche in its infinite wisdom decided it was a great idea to put the battery in the front boot compartment.  Which needs power to open it. Porsche’s solution is that you apply an external power supply (aka a friend with car and jumper cables) to a terminal in the fuse box to pop the trunk. So with that in mind, the last thing I really need is the battery switching itself off all the time. Voltphreaks, the supplier, have a very simple solution in the form of a remote switch that plugs into the battery and can be routed to somewhere on the car. Me being me and wanting an immediate solution, I pulled out my trusty soldering iron, some wire, a switch from a forklift and a paperclip, and hey presto, one (temporary) remote battery switch. The paperclip provided the perfect electrical pins, just in case you’re wondering. 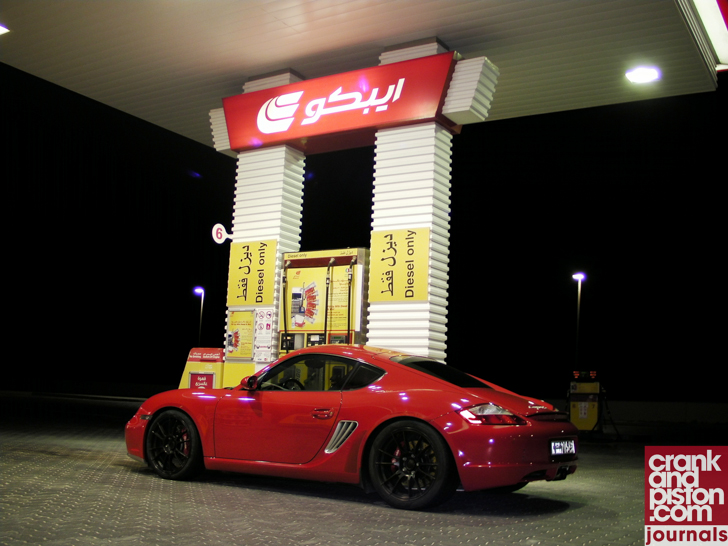 A plastic cover at the base of the windshield now houses the switch, providing easy access to switch the battery at will – a bargain for a Porsche part at a mere $4. As to why the battery is switching itself off, it could be related to my daily use of the car, the recently installed underdrive pulley or an electrical drain somewhere, but it matters not as I switch it off every night now anyway. What it does mean is, thanks to the continual resetting of the average fuel consumption display, it’s kind of hard for me to know what the Cayman is drinking. I’ll have to dig out a calculator.

Previous ArticleAston Martin. Onto the next 100 years
Next Article Nissan GT-R. Snowtastic. CLASHPRODUCTION