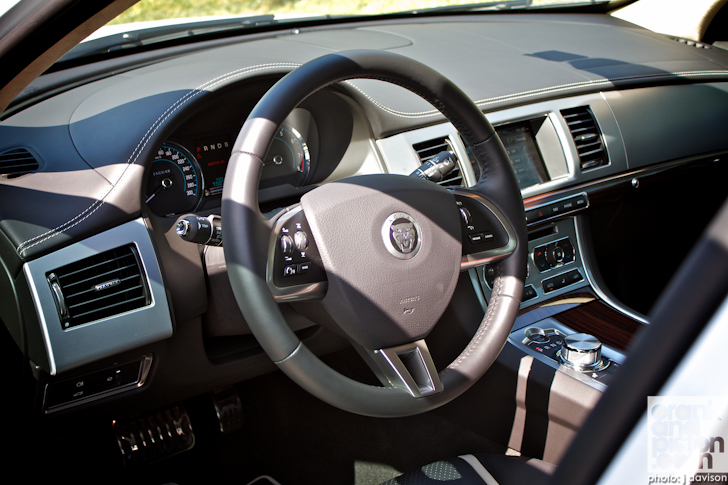 It’s just the same inside too. All the toys are present and correct, from the gear selector dial that rises out of the centre console on start up, to the touchscreen infotainment system. In fact, the only difference I could find was the lack of a Race mode button, which in the more potent models makes things, well, even more potent.

My concern is that this suggests the turbocharged little unit is being worked as hard as is reasonable already. A stab of the start button fires up the new engine, which is, as expected, not quite as evocative as the V8. It’s relatively quiet and refined, but it seems odd to be in a Jag that doesn’t have that boom to it.

On the move, there’s a frustrating lag in automatic mode, a lack of low-end grunt that doesn’t resolve until the turbo kicks in at around 3000rpm. It’s unexpected, as I don’t recall a similar trait in the larger XJ 2.0, and I’d hoped that the extra gears would mean the transmission would always keep the engine on song. 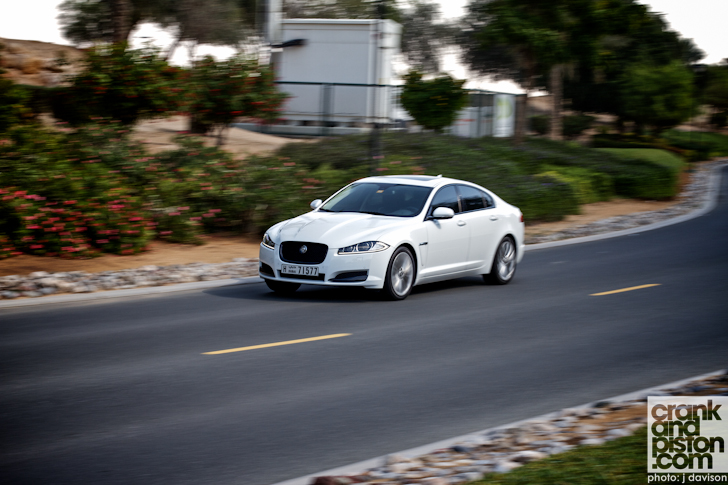 However, once the turbo has spooled up then performance is pretty darn good. With the turbine spinning there’s a good amount of shove and the delivery is beautifully linear and, well, Jag-like. Use the paddles behind the steering wheel (still of a terrible quality of plastic) to keep in the rev counter’s sweet spot and progress can be surprisingly rapid. The lag is only really an issue at low speeds or when you want a sudden surge of torque. Depress throttle, wait a beat, then there’s a kickdown as if the powertrain was woken from a momentary nap.

The rest of the car drives in exactly the same way as you’d expect from an XF. There’s a dynamism to its character that few rivals save perhaps for the BMW 5-series can match, but it mixes that with comfort and luxury. The ride is beautifully supple but the handling is superb, with steering that lacks a little in feedback but somehow conveys a directness to the driver that means you can always place the car just where you want it. The balance of the chassis is superb, and agility is as good as anything else out there. 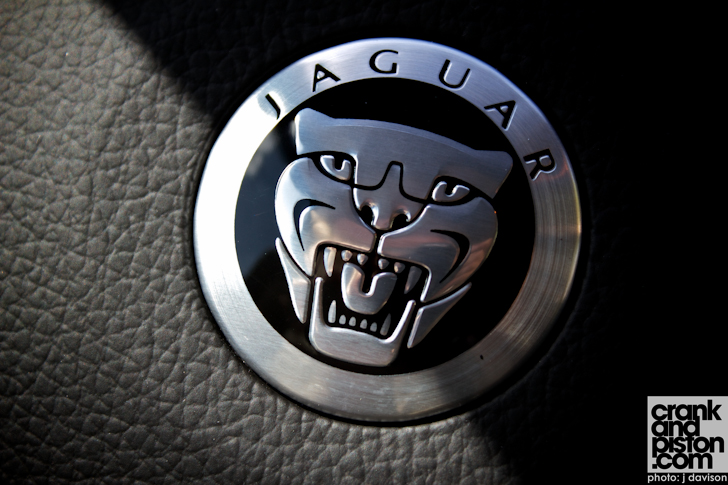 The XF 2.0 represents the chance to own a proper Jaguar for very reasonable money. When I say it’s not quite as refined and smooth as I hoped, it’s because my expectations were extremely high. The turbo lag is a shame, but the looks, quality and overall performance are still right up there with the best Jaguar’s rivals can offer. 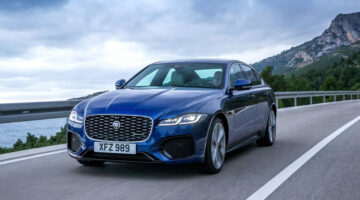