Jaguar puts a smaller 2-litre engine into its XF saloon. 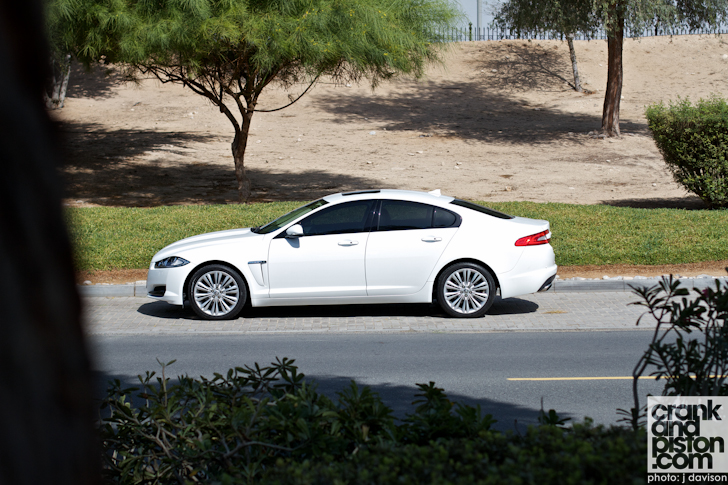 Woah woah woah, Jaguar. We here at crankandpiston are petrolheads. We like the big, meaty motors, the big horsepower figures. Do you honestly think you can take the epic 5-litre V8 from the Jaguar XF, replace it with a piddly little 2.0-litre turbo engine and expect us to take it seriously?

Despite our prejudices, we probably should. It’s not yet an issue in the Middle East, but around the world, fuel prices are rising and downsizing is the order of the decade. More displacement and more cylinders means more money spent on getting around. So smaller, more economical forced induction engines are here to stay.

For volume cars, that’s not necessarily an issue. Most of them never had massive engines to start with, and no one jumps in a Yaris expecting to be blown away by performance. But the XF has pedigree. It’s a cracking drive when it’s got a big lump up front, so the challenge for Jaguar is to keep the world’s public happy at the petrol pumps while still retaining the character of the car that made it a hit in the first place. 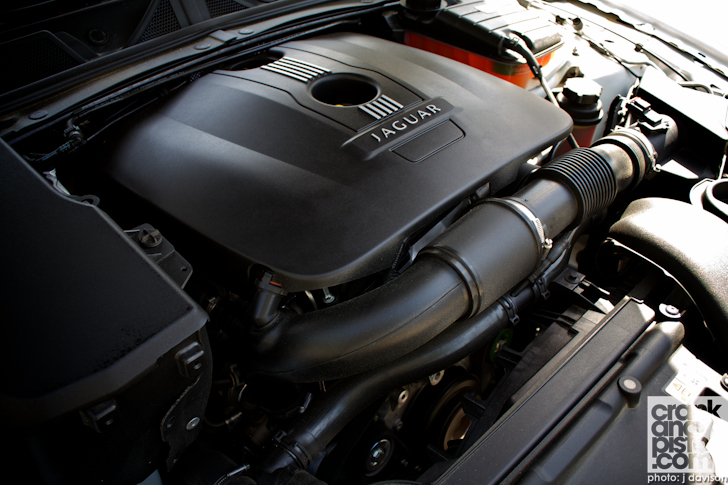 So. This XF has under its bonnet the same unit found in the Range Rover Evoque. The XF and XJ ranges are both getting these four pots, as well as 3-litre supercharged affairs, to complement the existing V8s. This is one element of a concerted effort to not only make Jag a little bit more friendly to the ice caps and ozone layer, but also to broaden the price point and increase customers.

All this means you can now get an XF for $46,011. Which is considerably less than the other models (although our top-of-the-range Portfolio model test car comes in at $60,168). But does a smaller engine mean that the effortless performance that’s fast becoming Jaguar’s trademark has gone?

It shouldn’t do. We drove the XJ fitted with the same engine last year, and it was quite remarkable, managing to keep turbo lag at bay largely thanks to the introduction of an eight-speed gearbox. We’re expecting a similar story with this very stylish white test XF of ours.

In virtually all other aspects, this XF is indistinguishable from the more powerful versions in the range. There’s no badging that belies its lack of cylinder or presence of a turbocharger. Which is probably a good thing – Middle East customers are quite fond of their cubes, so they won’t want anything advertising a deficit of them.