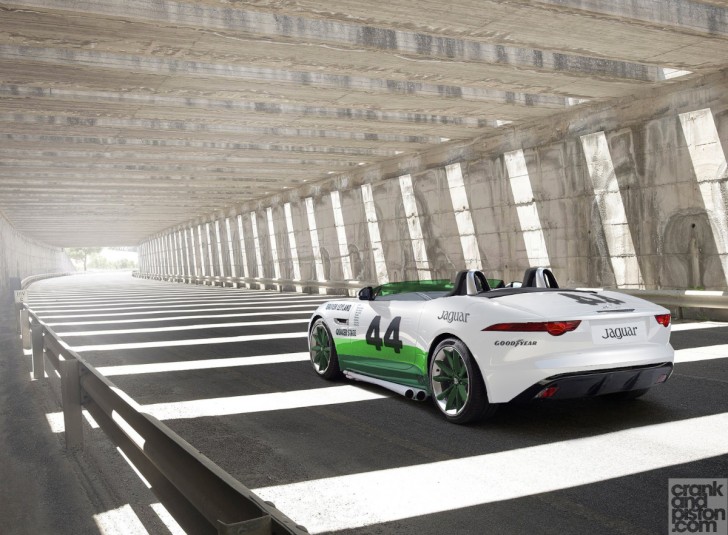 Silly ideas. They seem to stem from the weirdest situations. There I was, in a very moody underground establishment in Midtown Manhattan, consuming the sort of liquids you hid from your Mum in your formative years. I was shooting pool and generally shooting the breeze with a bunch of Jaguar big wigs following the New York Motor Show.

It wasn’t long before the conversation swung towards the years gone by for Jaguar and the killer history and motorsport heritage the brand bleeds from every pore. In fact, the chats revolved around a recovery; what could be done to get Jaguar back to top of the public consciousness. Seeing as I’m a bit of Jaguar nut, I had my two cents worth of input.

The F-Type is big news for Jaguar, a machine that has the weight of success hanging from its broad shoulders. Could it be the car the brand so badly needs? Could it also be the perfect template for an epic return to motorsport? Global GT3 activities are blowing up across the world, with more and more brands entering into the fray and attempting to exercise the ‘win on Sunday, sell on Monday’ methodology. So yes, we fully expect to see a racing F-type, in all its V8-powered, aluminium-hewn glory, very shortly.

With this in mind, the conversation swung towards what Jaguar could do to blow people’s socks off at the forthcoming Goodwood Festival of Speed.

BING. A lightbulb in my head flickered into life. A couple of weeks prior, I’d been holed up in a hotel on the outskirts of Stuttgart on another press trip, when I was rudely awoken at 5am by the sound of crackling exhausts and the most awesome V12 howl I’d ever heard. Running to the window, I was gobsmacked to see a Group 44 Jaguar E-Type cruising down the road with what looked like The Stig behind the wheel. It was on its way to the Retro Classica show in Stuttgart, but now it had driven into my brain.

The Bob Tullius-driven Group 44 1974 Jaguar E-Type was campaigned in the USA in the mid ’70s with great success in the Sports Car Club of America Class B production car championship. It was powered by a big V12 engine and was suitably stripped down for speed and agility. Even the windscreen was removed in the search for performance. The end result was a very cool and angry rendition of a gorgeous car.

So, what if I took the essence of the Group 44 E-Type and melded it to the sexy new F-Type? Seeing as I’m utterly useless when it comes to realising these silly ideas, I called on a mate of mine (Andrew Clifton) and thrashed out the idea. 48hrs later, an email arrived with the above image tucked away at the bottom. Bosh!

What say you Jaguar? Ready to go crazy and show the world just how left field you can be? 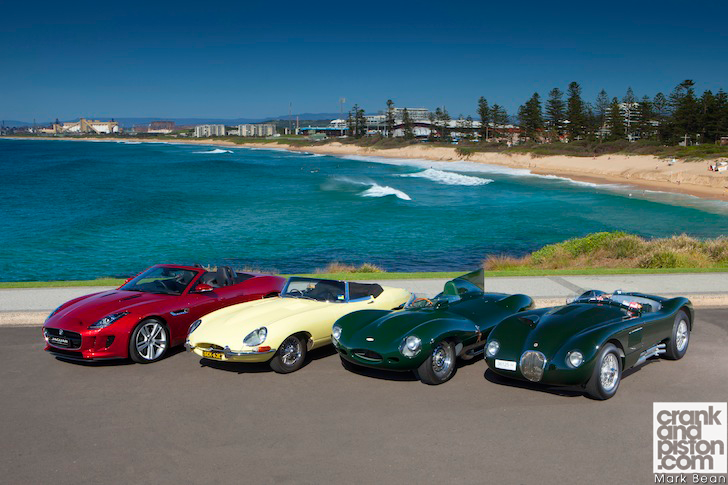 Alphabetical Jaguars. From C to F. No pressure