Jaguar recreated its breaking of a land speed record 60 years ago with the new F-type. Our cameras were in a small town in Belgium to capture the occasion. 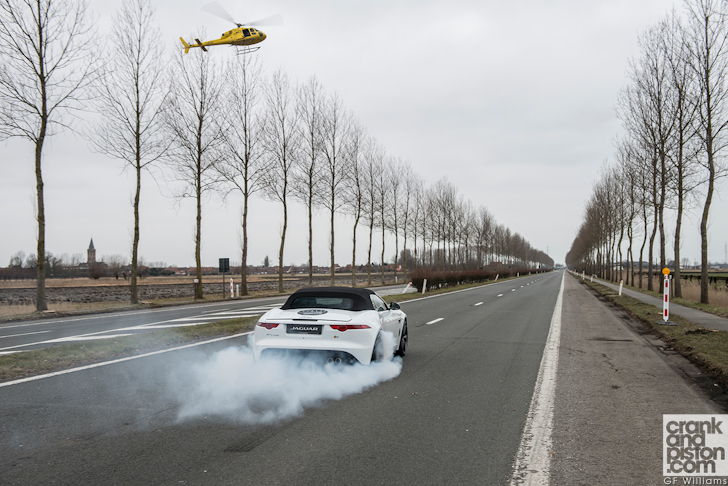 You know how these days, whenever a new sports car is launched, manufacturers go on about how quick their new creation is around the Nurburgring? Well, back in the 1950s, the time to have was for a straight-line mile (1.6-kilometre) sprint on a public road in Jabbeke, Belgium. It was in 1953 that Jaguar‘s then-test driver Norman Dewis set a record of 280kph in a modified Jaguar XK120. 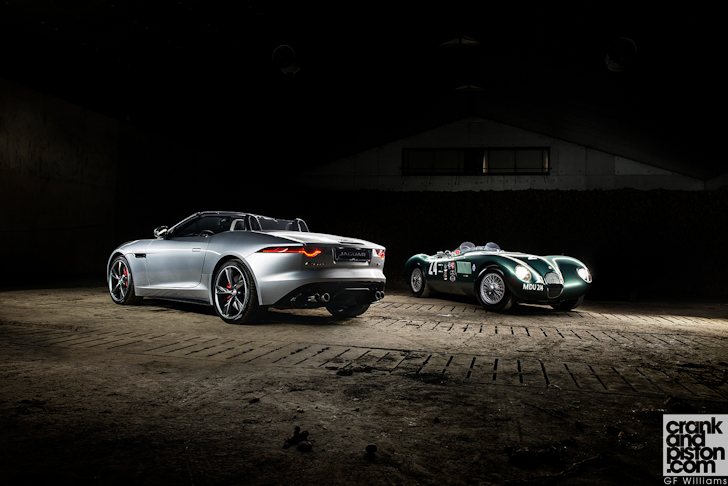 Now, in 2013, Jaguar is celebrating 60 years of that achievement by recreating it (sort of) in the snarling new F-type. So long after the hoardes had headed east to Germany in search of their records, Jaguar returned to see just how fast its new baby could go along the once-fabled stretch of tarmac. 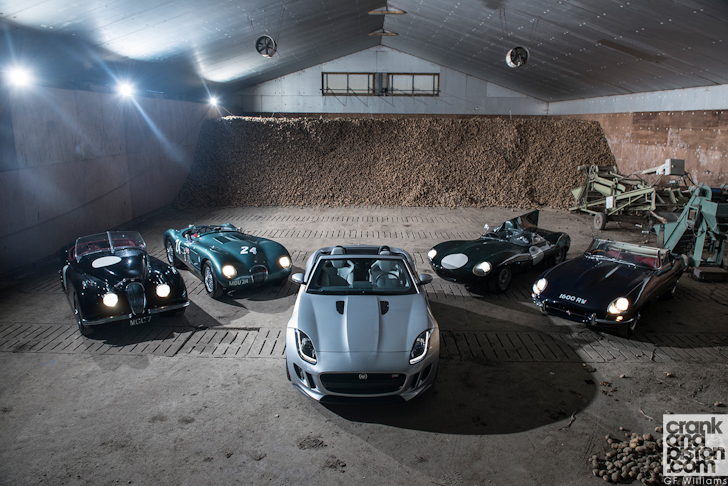 Naturally, they made a bit of a day of it. The town of Jabbeke fondly remembers its heyday in the automotive spotlight, and welcomed back the British manufacturer with open arms. For its part, Jaguar brought plenty of reminders of that bygone era, including its own D-type from the heritage collection, as well as privately owned but pristine examples of the E-type, C-type and XK120. The crowds turned out in force to see the display, but then it was time to turn to serious business. The business of speed. 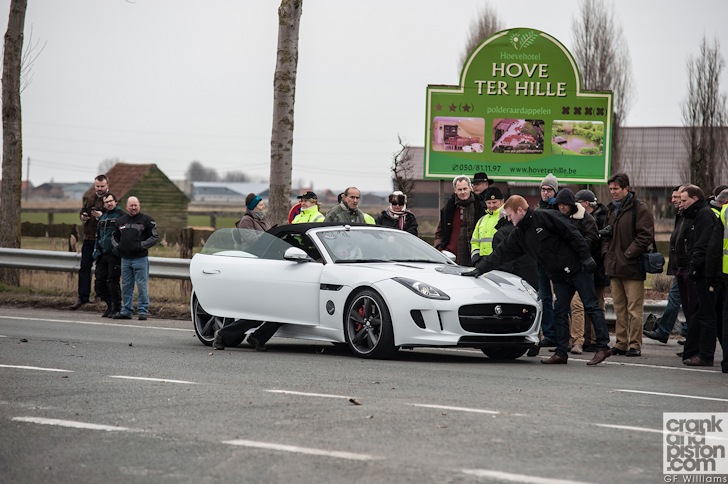 Although well into his 90s, Norman Dewis is still around, and came to Jabbeke to watch his feat be recreated, but he decided to let someone younger have a crack at glory this time around. Not that Andy Wallace is short of glory himself. The winner of the 1988 Le Mans 24 Hours achieved his greatest fame in a Jaguar XJR-9, so was a prime candidate to pilot the F-type in a straight line. If you can master the Mulsanne Straight, you can master anything. 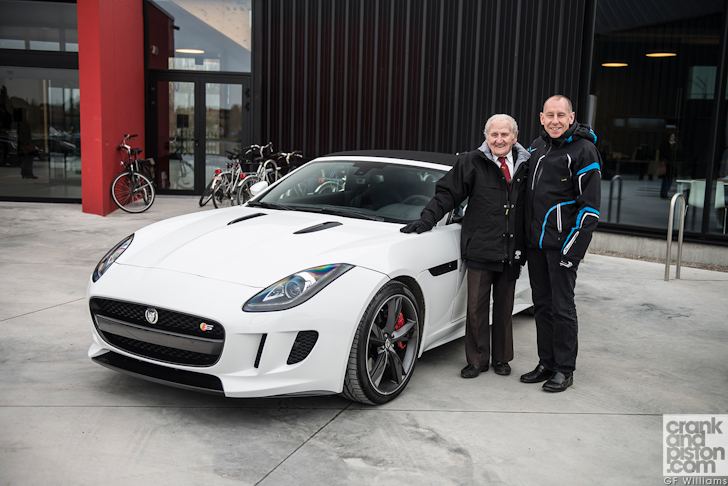 Andy (above, with Norman) spent a day familiarising himself with the car ahead of time, but a man of his experience needs little preparation for an exercise like this. Get in, fasten seat belt, press the pedal on the right. And let the good times roll. 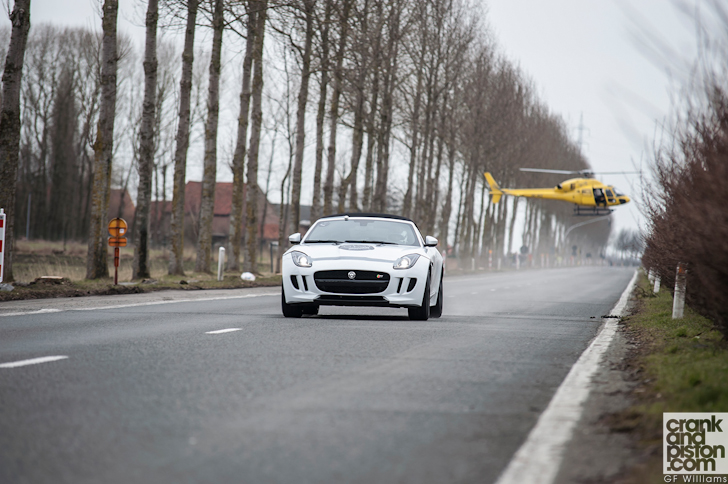 A helicopter was on hand to film a video of the occasion, which gave a suitable air of extra drama as the F-type V8S’ 495hp propelled it from 0-288kph and back to zero again in just 3.2 kilometres. 0-100kph took 4.2 seconds. 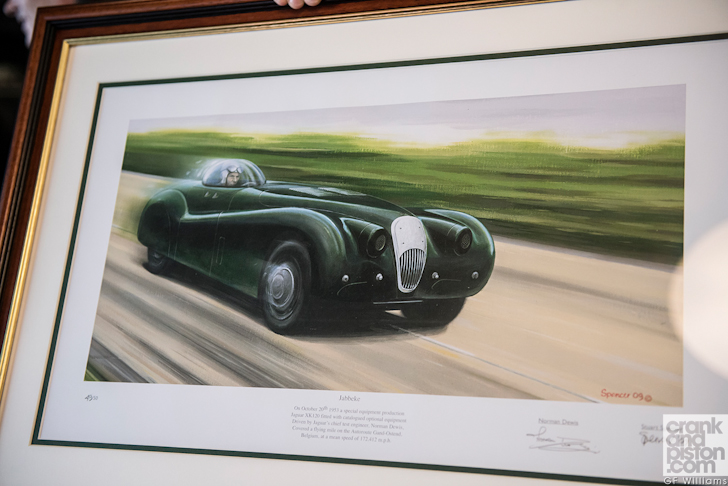 There followed plenty of reminiscing from Norman, and the presentation of a painting for him by the local council. 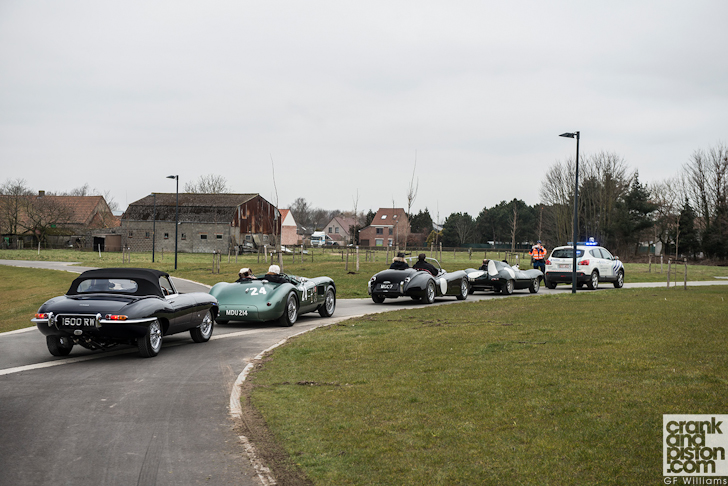 And then the entire convoy of cars, old and new, set off in convoy. The route took them via the old grand prix circuits at Reims and Dijon, ending up in Geneva. Why Geneva? Well, firstly, there was a big motor show on. And secondly, it was the final destination for another one of Norman Dewis’ adventures. In 1961 he drove an E-type from Jaguar’s UK base non-stop to the motor show, leaving at 7.45pm and arriving at 9.50am, 10 minutes before it was due to be unveiled. And remember, this was in the days before motorways. 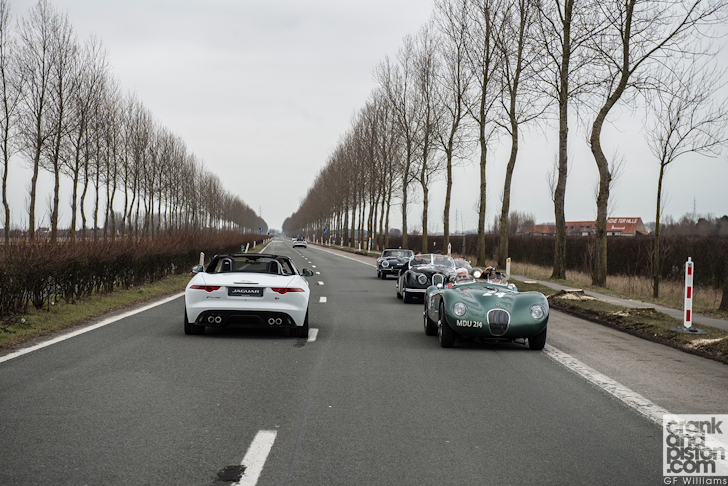 Obviously, such thrashes are generally frowned upon these days, so the convoy’s trip was a more leisurely affair that served merely to highlight the F-type’s fuel economy. It was 7.9 L/100km, in case you’re interested. We suspect that if we had taken the wheel, it would have been somewhat higher. Would we have reached 280kph though? I suspect you need Andy Wallace-sized cohones to manage that on public roads. 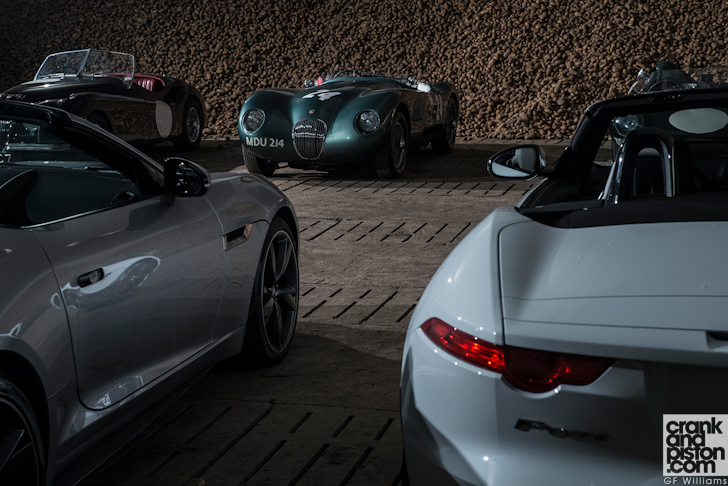 We’ll leave you with a glimpse of more pics from the event courtesy of GF Williams – check out the gallery for even more. 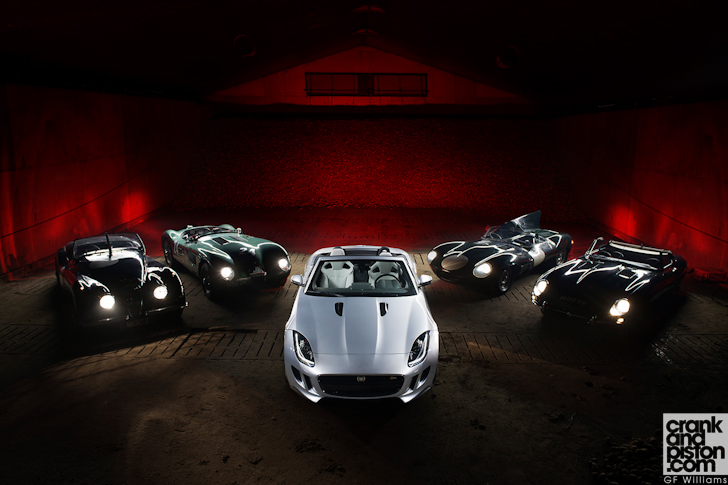