De Tomaso has announced its return to the supercar fold with the reveal of its all-new P72 supercar. Developed in conjunction with the Apollo IE, the new P72 shares that car’s carbonfibre chassis, but will pair it with a bespoke design best described as a modern-day time machine.

That’s because the new P72 has taken direct inspiration from the P70, a 1960s prototype-era racer developed to take on the Ferrari P3/4 and Porsche 917. Unlike those two powerhouse manufacturers though, the De Tomaso P70 was designed and developed in collaboration with Carroll Shelby, who would fund, design and fabricate the racing car, with De Tomaso providing the European base and engineering expertise to set up the operation.

The result was a beautiful, curvaceous Italian-American hybrid that it was hoped would dominate prototype racing, but alongside the deterioration of the relationship between company founder Alejandro de Tomaso and Carroll Shelby came a larger, full factory-funded project that was offered to Shelby – nothing less than the Ford GT40 project, ultimately ending the collaboration before it had a chance to yield any results.

Hopefully history will not repeat itself here, but like last time the new P72 will be designed and built within a partnership, borrowing technology from the aforementioned Apollo IE. De Tomaso has revealed little technical information on the new model, aside from the details of its carbon monocoque chassis and that unlike many recent low-production supercars it will feature a traditional internal combustion engine mated to a manual transmission.

The exterior design has inherited the full, rounded surfacing and clean silhouette so often associated with prototype race cars of that previous era. The cockpit-like cabin retreats back into a classic teardrop glasshouse, falling between the two large air intakes that add mass over the rear wheels leading to the tapered rear end.

The interior will have an ornate, highly detailed aesthetic, in contrast to the hyper-futuristic layout in the Apollo IE, blending modern materials like carbon, with traditional craftsmanlike finishes of polished copper and diamond pattern detailing on the upholstery and dash.

The De Tomaso P72 will be limited to 72 units, and cost from around $853,000, with final details on the powertrain and specification to be released soon. The model will be fully homologated for road use and, says De Tomaso, is just the first step in this Italian marque’s renaissance. 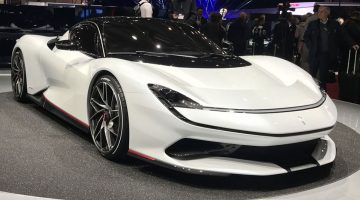 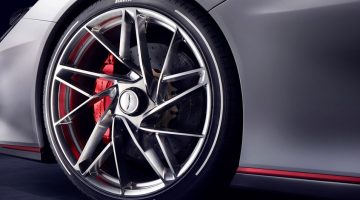 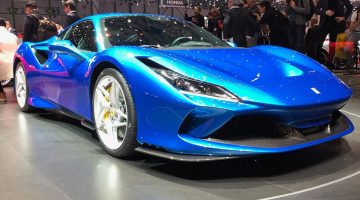