Round 3 of the Irish Drift Championship at Mondello Park raises the bar for international drifting. This is Global Warfare 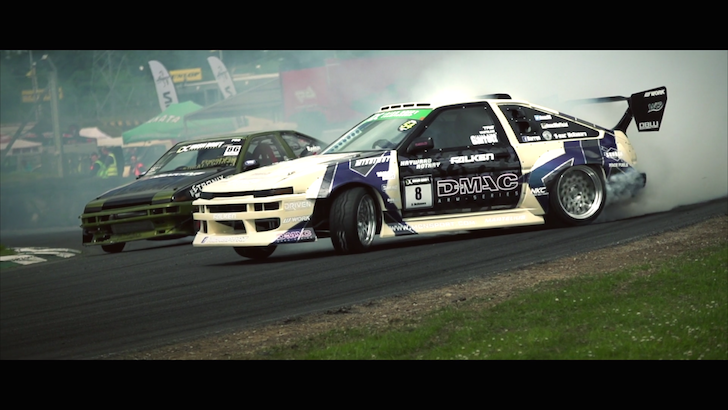 The Irish Drift Championship is one of the hardest fought drift series in the world and everything was turned up to level a million for Round 3, held at Mondello Park, in what is possibly the biggest event in the history of Irish drifting. But with a whole host of international drivers competing, could the Irish maintain their record of ten years without defeat?

The line-up of drivers included Darren ‘Dmac’ McNamara and Dean ‘Karnage’ Kearney, making a welcome return to home turf as well as UK drifters Danny Eyles, David Waterworth and Steve Evans. Phil Morrison, from European Driftworks, was in the mix in the recently finished DW86 with its 7.4-litre LSX in trademark Driftworks orange. As were Jerome Vassia from France and Lluis Lopez from Spain.

Stars from Formula D, Matt Powers and Robbie Nishida, were also on the ground but it was the presence of the legend known as Daigo Saito, the only driver to have won both the D1 GP Championship and Formula D title, that posed the biggest threat to the Irish. They needn’t have worried. Adrian Walsh in the Hankook Hachi-Roku battled it out with Duane McKeever in a hard fought final that saw McKeever take his first win and leave the Irish undefeated on home soil yet again.