Behind the scenes of the 2013 Abu Dhabi Grand Prix with the Infiniti Red Bull Racing Formula 1 Team.

I must confess that I have never been to a Formula 1 Grand Prix before. Every season begins with a promise that ‘this year I will make it to a race’ and ends with ‘maybe next year’. Thanks to Infiniti Middle East though, I at least managed to get to Friday practice for the 2013 Abu Dhabi Grand Prix, and my taste for Formula 1 has been immeasurably heightened. 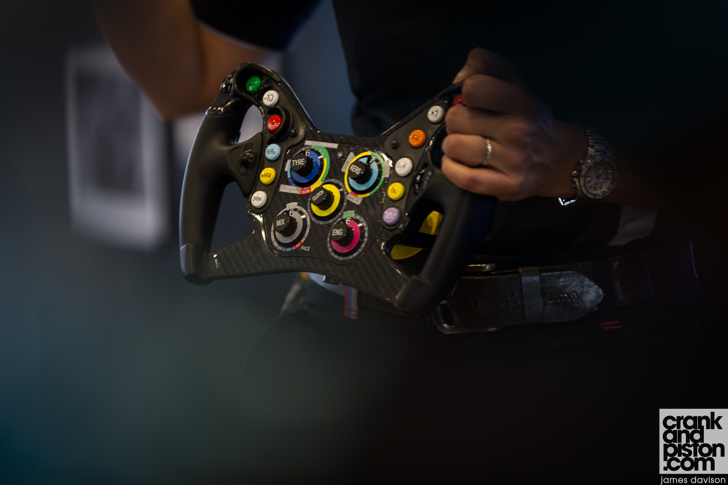 An invitation to join the Infiniti Red Bull Racing Team in its VIP suite for the practice session was extended and I grabbed it with both hands. My first experience of what is widely regarded as the pinnacle of motorsport would see me lording it up with the reigning Constructor’s Champions and be treated to a bit of Formula 1 VIP hospitality. 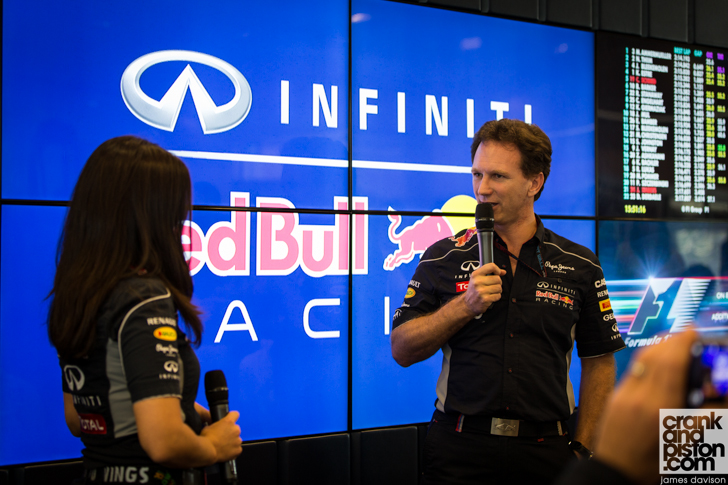 As much as I was thrilled with the prospect of finally making it to a Grand Prix (even if only for Friday practice), I knew it would be a double-edged sword. Many of my F1 veteran colleagues advised me to just enjoy the experience since access for photographers would be extremely restricted. Sitting back and eating cake isn’t really my style though, and even within the Infiniti Red Bull Racing VIP lounge there were plenty of unique opportunities to grab some shots. How often do you get to see team principal Christian Horner sing a duet with Red Bull PR’s lovely Kerry? (Okay, I made that bit up). 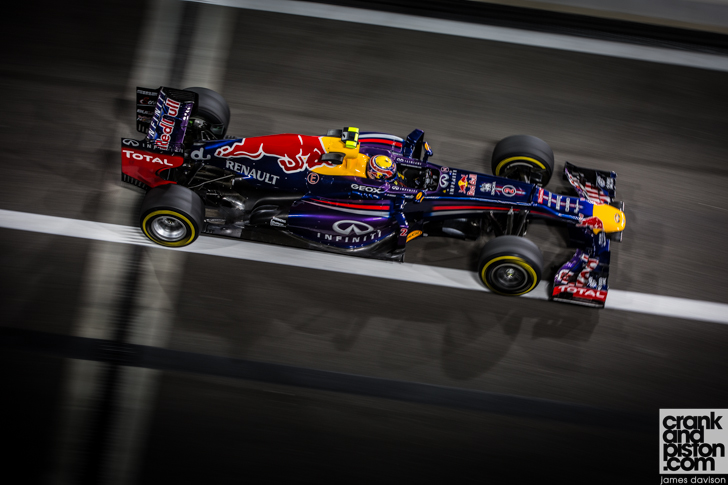 The location of the Infiniti Red Bull Racing lounge also afforded a fantastic place to watch the day play out, since it was directly above the pit garages. A bird’s eye view of the pit lane… 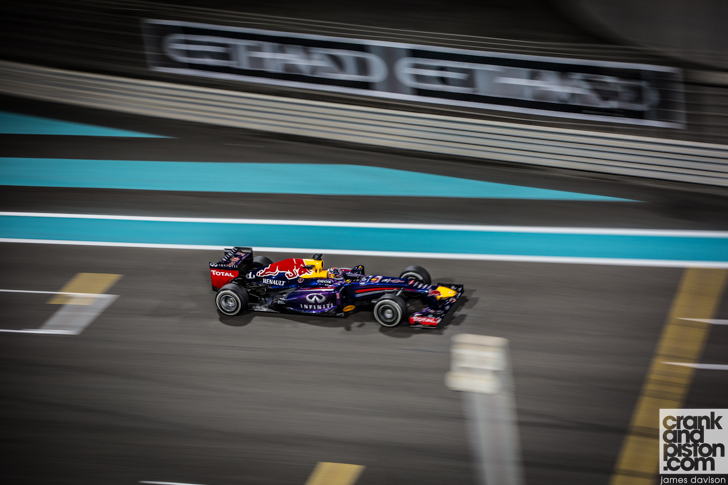 …and a clear sightline to track at the start/finish line along the main grandstand section allowed at least some variation in photography. 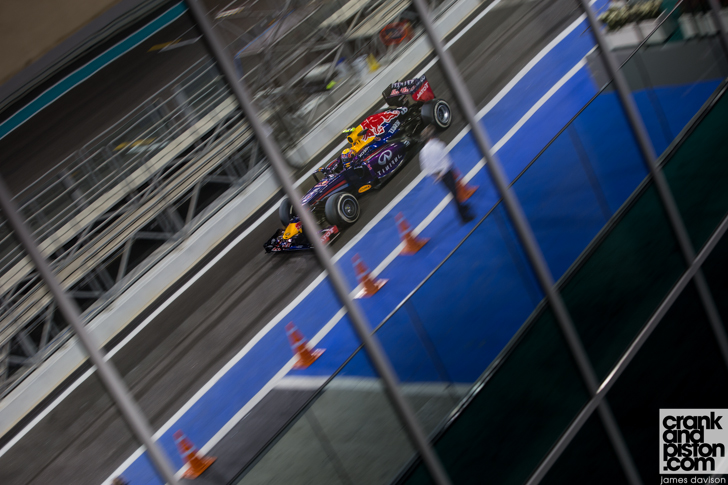 Combined with a bit of creativity – and a trip to the roof-top terrace for the view over the marina – I was pretty much absorbed in the spectacle that is Formula 1. And then my telephone rang: would I like pit access? Sometimes it’s nice to be treated to a bit of Infiniti Red Bull Racing VIP hospitality. 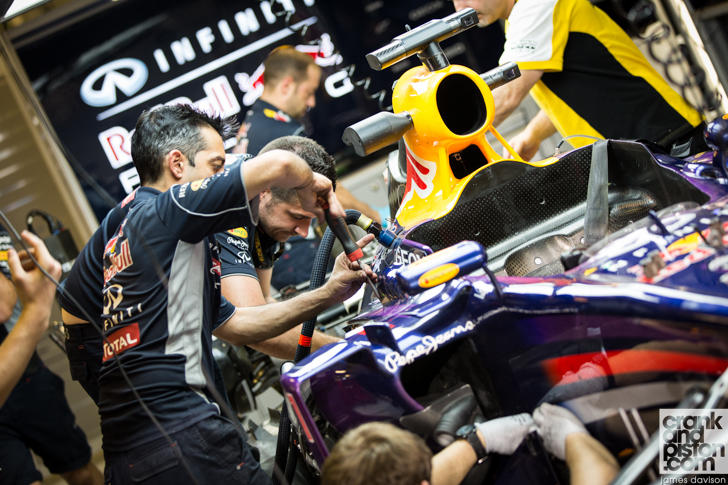 As for attending a Formula 1 race, maybe next year.

Thanks to Infiniti Middle East