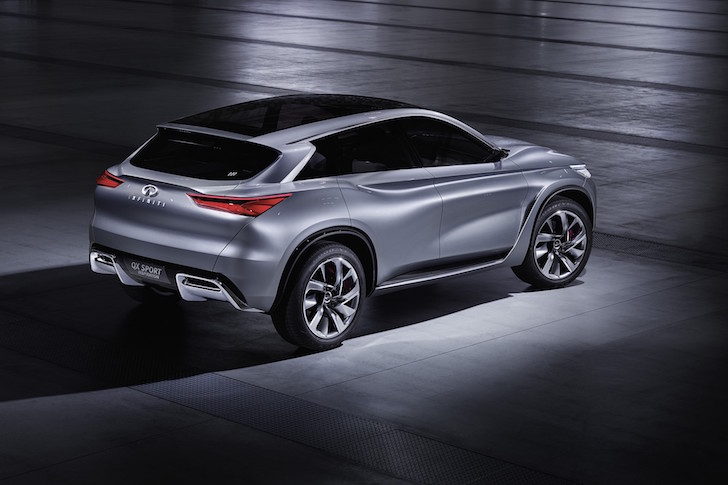 Infiniti has debuted its new QX Sport Inspiration concept at this year’s Beijing Motor Show. This follows a teaser image that hit the internet a few weeks ago.

Penned by Infiniti to ‘lay down markers for the brand’s vision of a next-generation, mid-size premium SUV’, its is speculated that, should the QX Sport make production, it would effectively replace the now ageing QX50, the smallest crossover on the company’s books. Consequently the design of the new concept falls in line with its more modern DNA first showcased on the Q80 Concept revealed back in 2014, as well as the recently unveiled Q60 and QX30. Oh, plus the Q30 which we drove on its international launch.

Regrettably no details concerning performance or the drivetrain have yet to be revealed, and you’re also out of luck if you’re looking for a price. Some familiar Infiniti design cues are in evidence, however, on both the inside and out, including angular bodylines, a coupe-esque roof with a full-length panoramic pane of tinted glass, and a chrome wrapped front grille. Inside, a digital display behind the flat-bottomed steering wheel replaces the more conventional instrument panel, while a floating centre console has been added to the revised and more minimalist dashboard layout. It’s a design Infiniti’s executive design director Alfonso Albaisa says offers ‘proportional clarity’, further examples of which – perhaps – you can check out in the below video.