Infiniti reveals a sneak peak of the Q50 Eau Rouge concept ahead of its world premiere at the 2014 North American International Auto Show in Detroit. 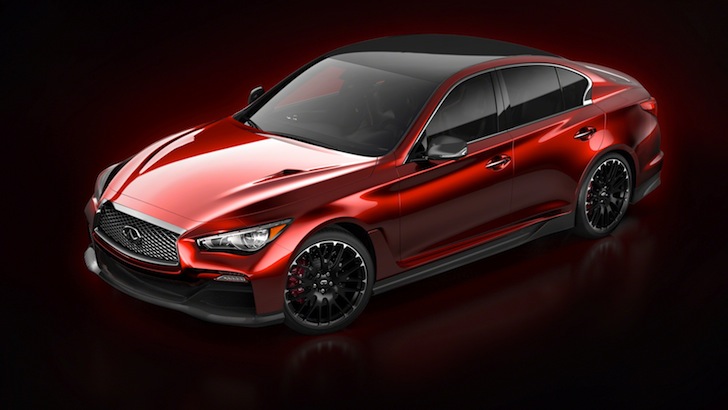 The Eau Rouge is a stream in Belgium. It is also the name of a corner on the Circuit de Spa-Francorchamps where the track crosses the aforementioned stream. This is neither, this is a high-performance design concept based on Infiniti’s Q50 premium sports saloon and it will have its world premiere at the 2014 North American International Auto Show in Detroit on the 13th of January, 2014. So, what is it?

Well, the Q50 Eau Rouge is a “high-performance design concept based on Infiniti’s Q50 premium sports sedan and draws inspiration for aerodynamic design from the technical collaboration between Infiniti and four-time Formula One World Champions Infiniti Red Bull Racing.” Yup, clear as mud. So, what is it?

I am glad Infiniti cleared things up with its new ‘Q’ nomenclature. Looks good though, huh?