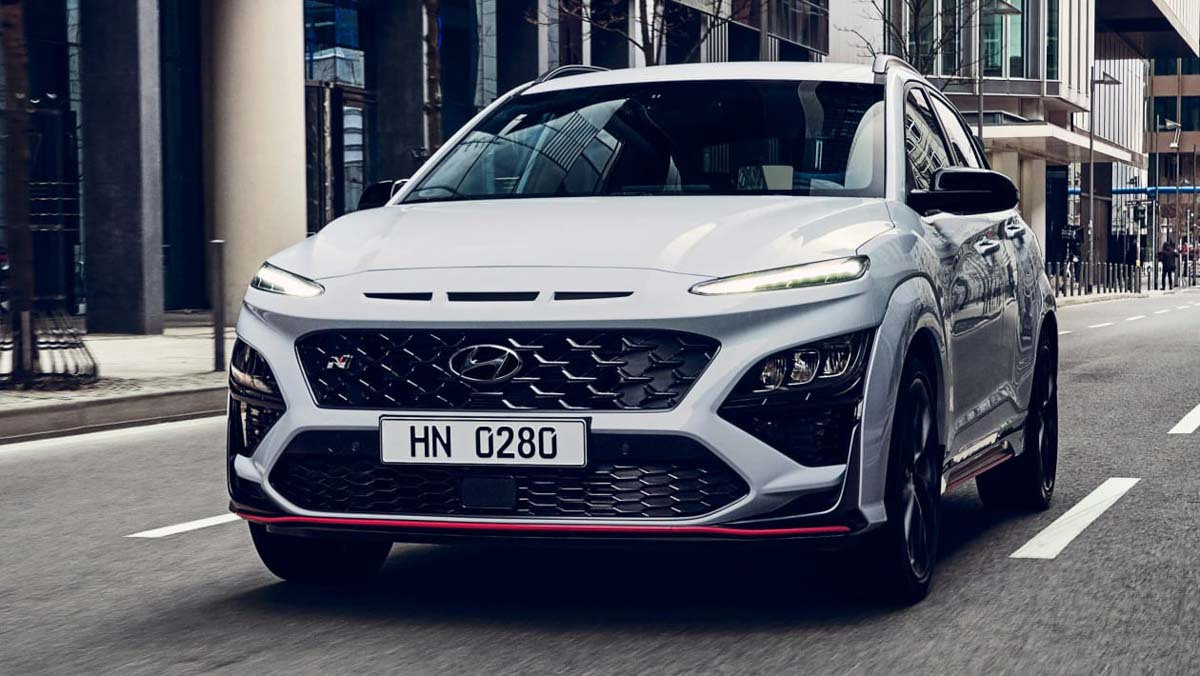 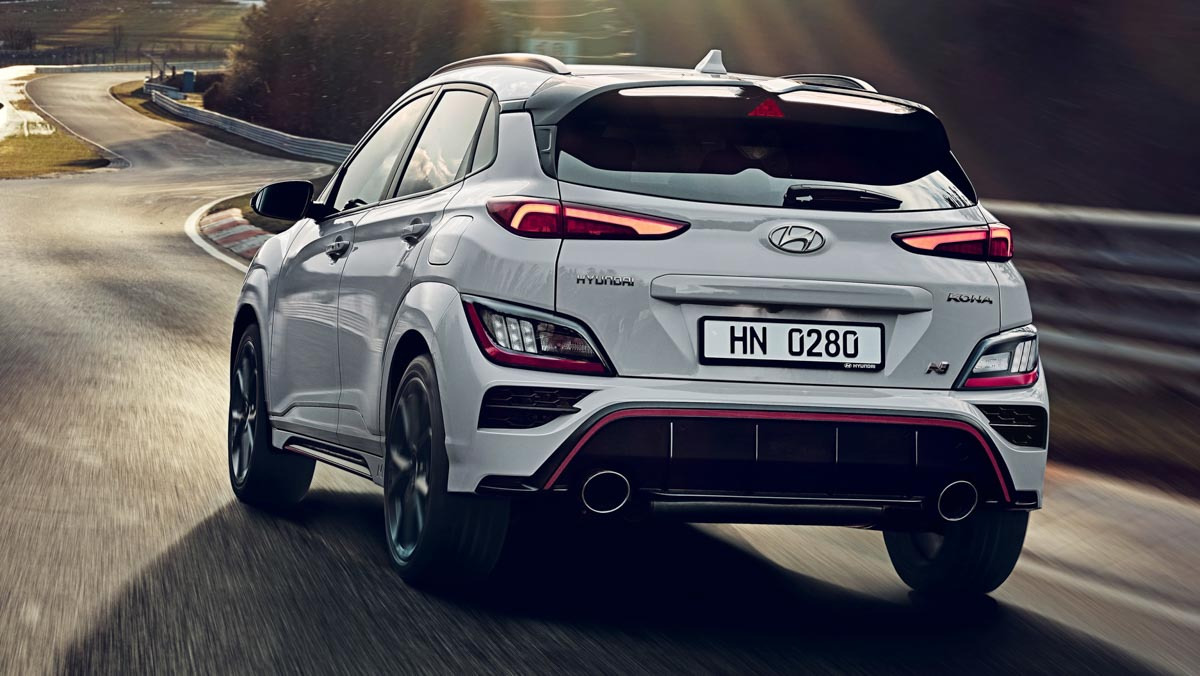 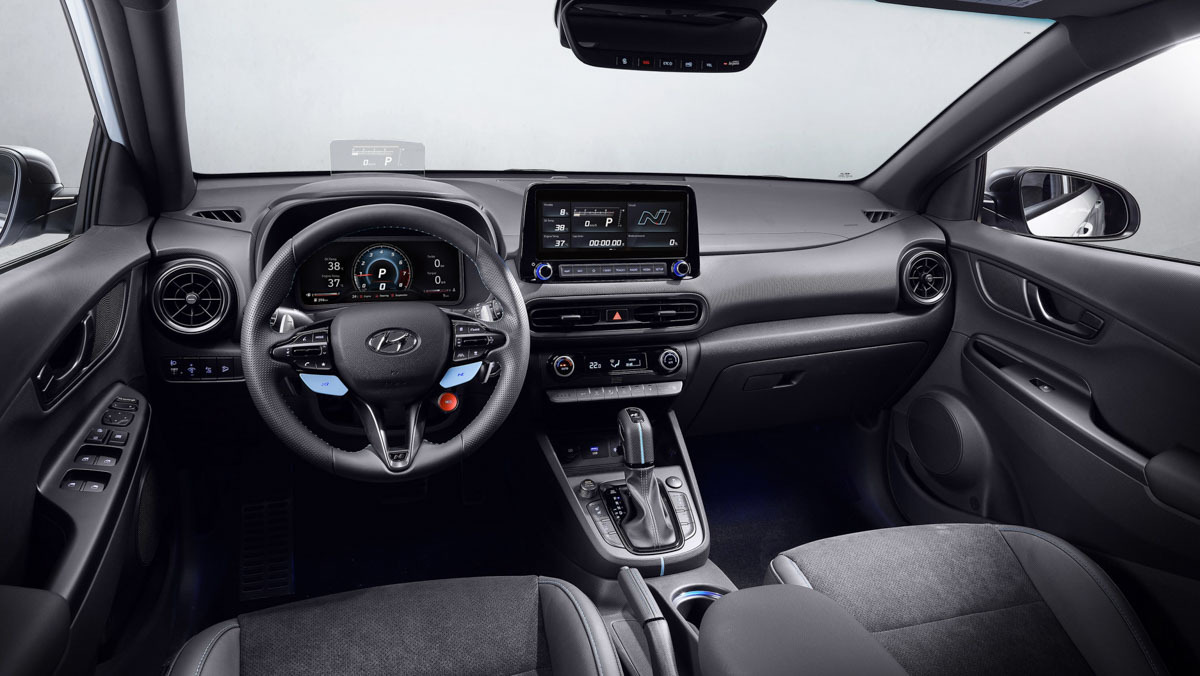 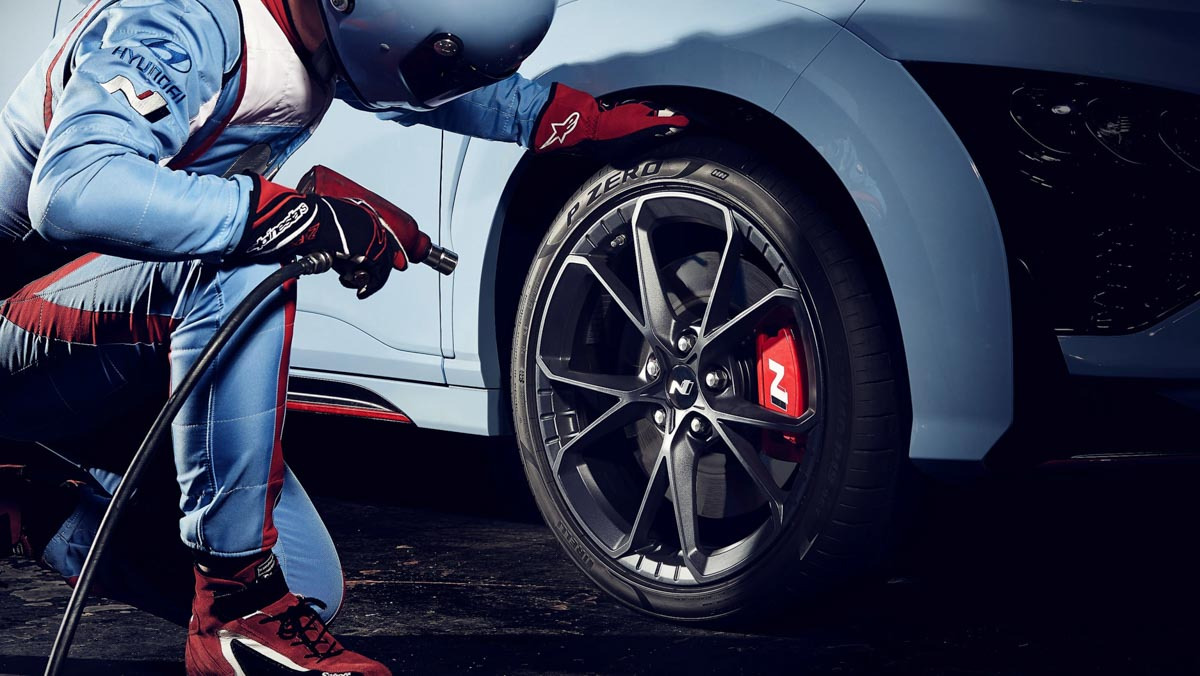 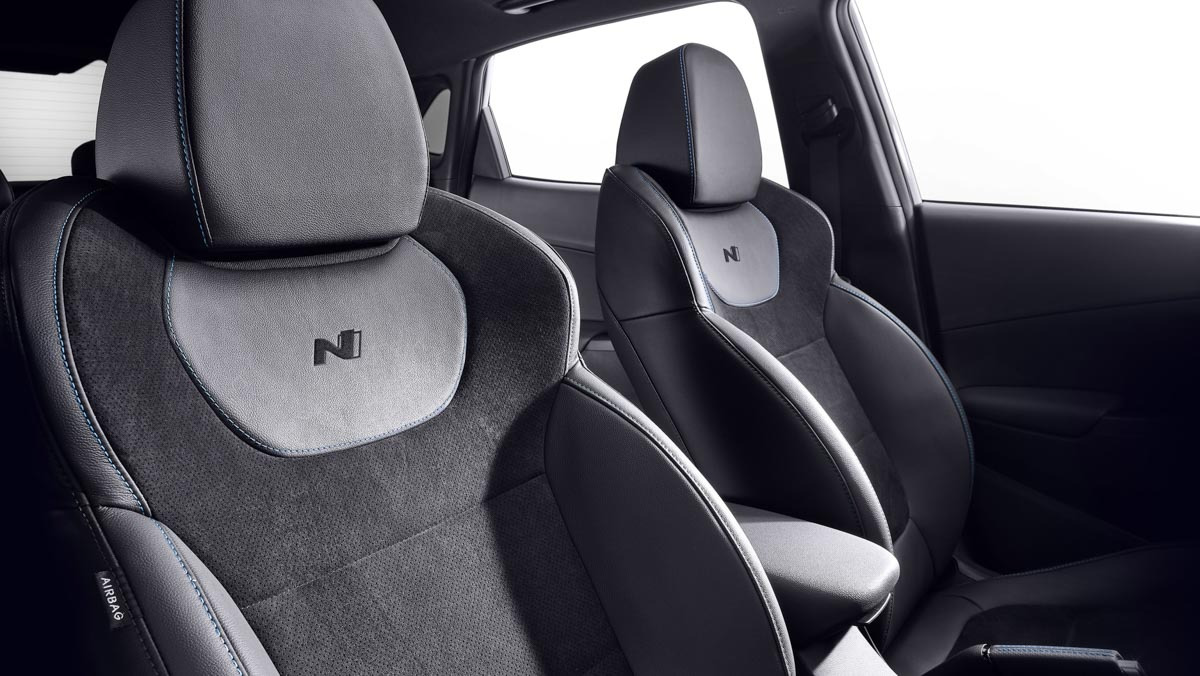 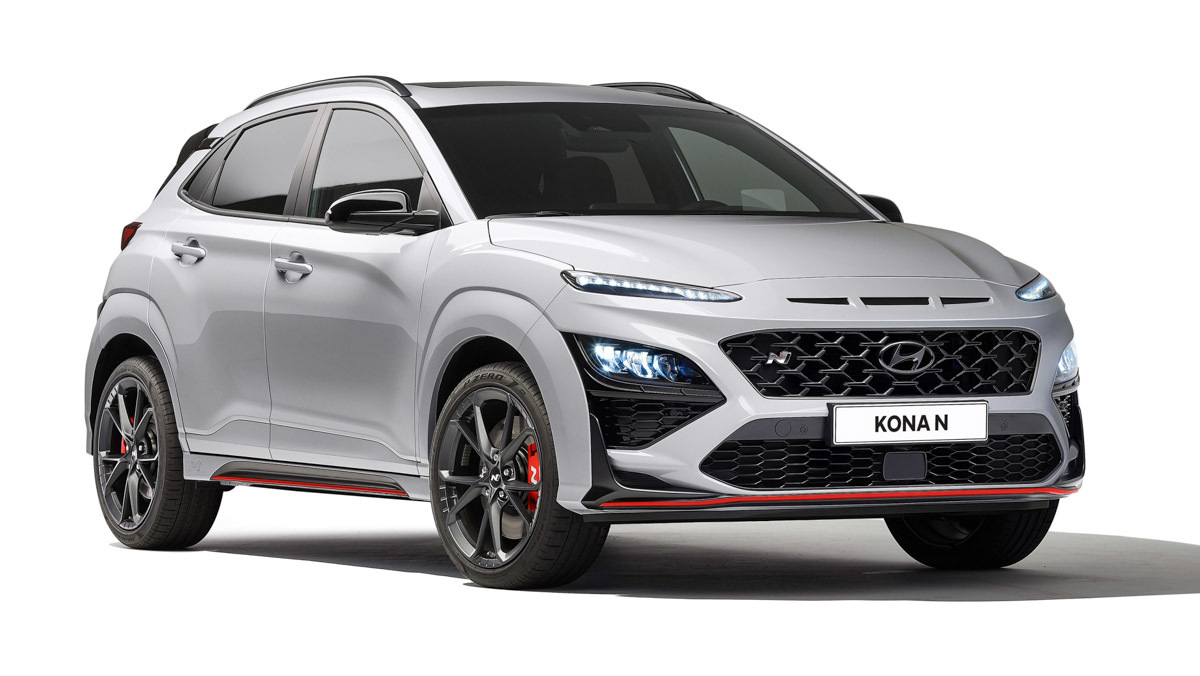 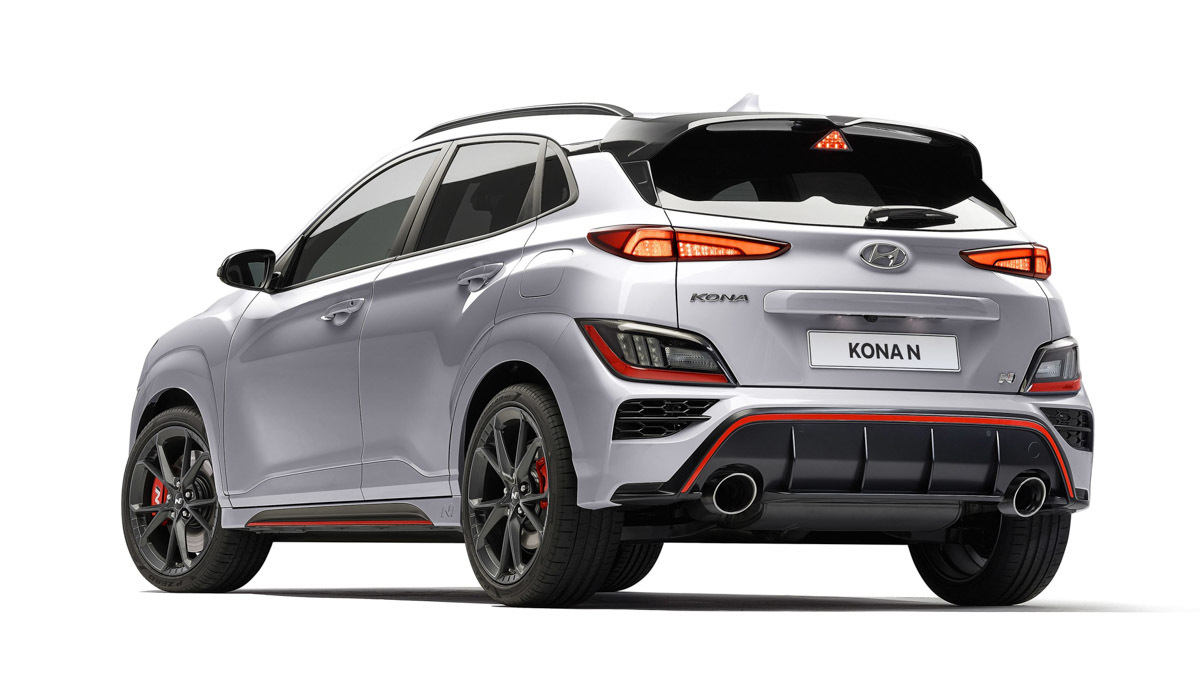 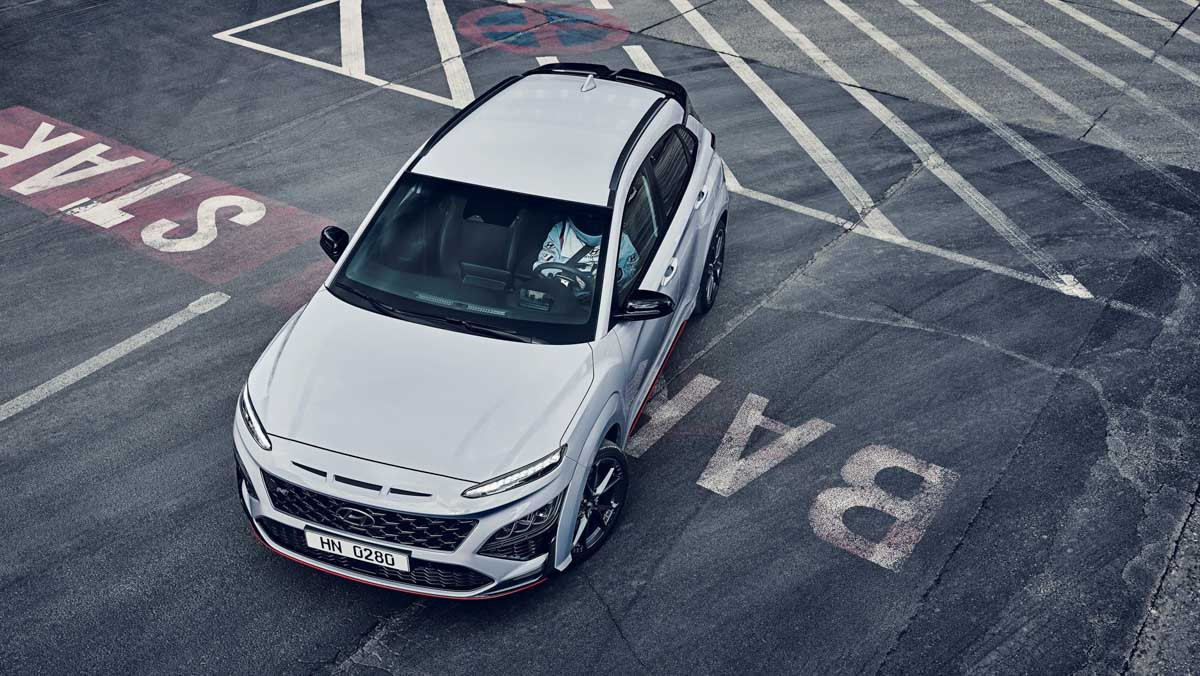 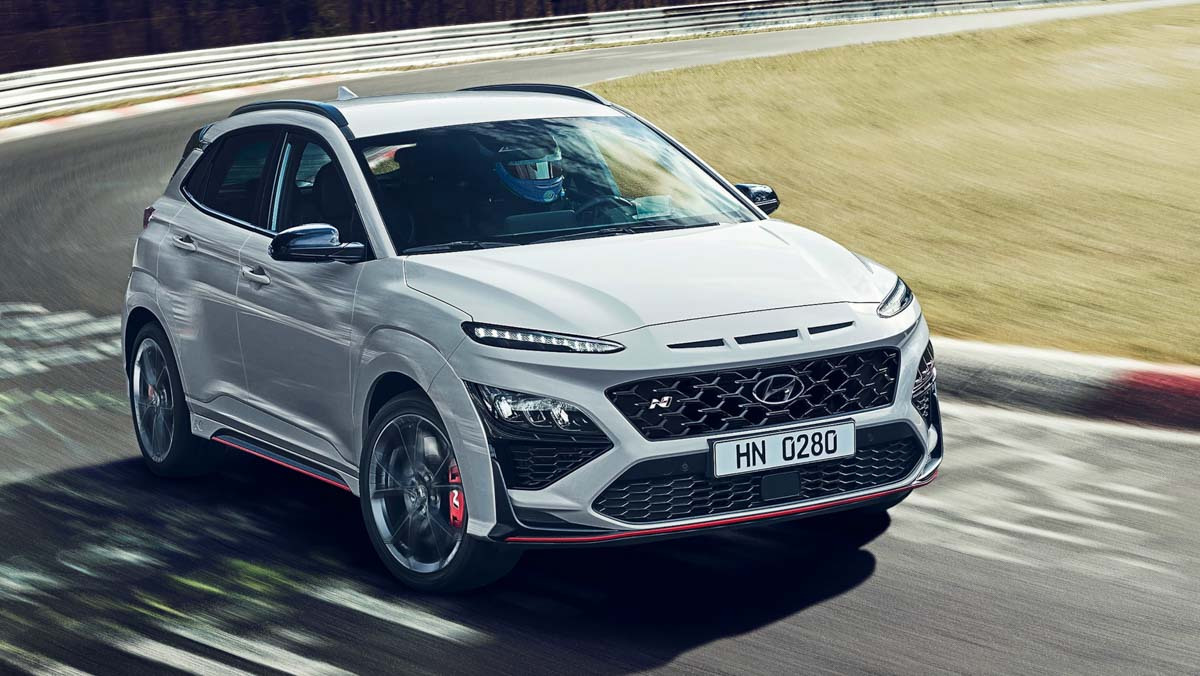 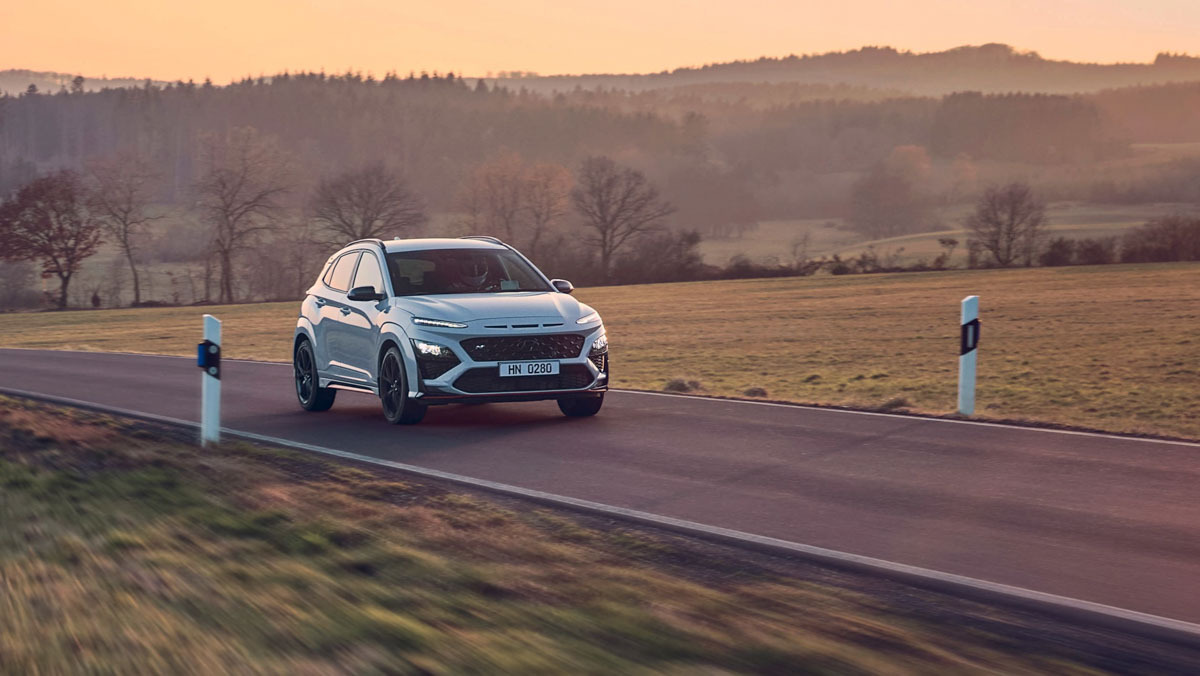 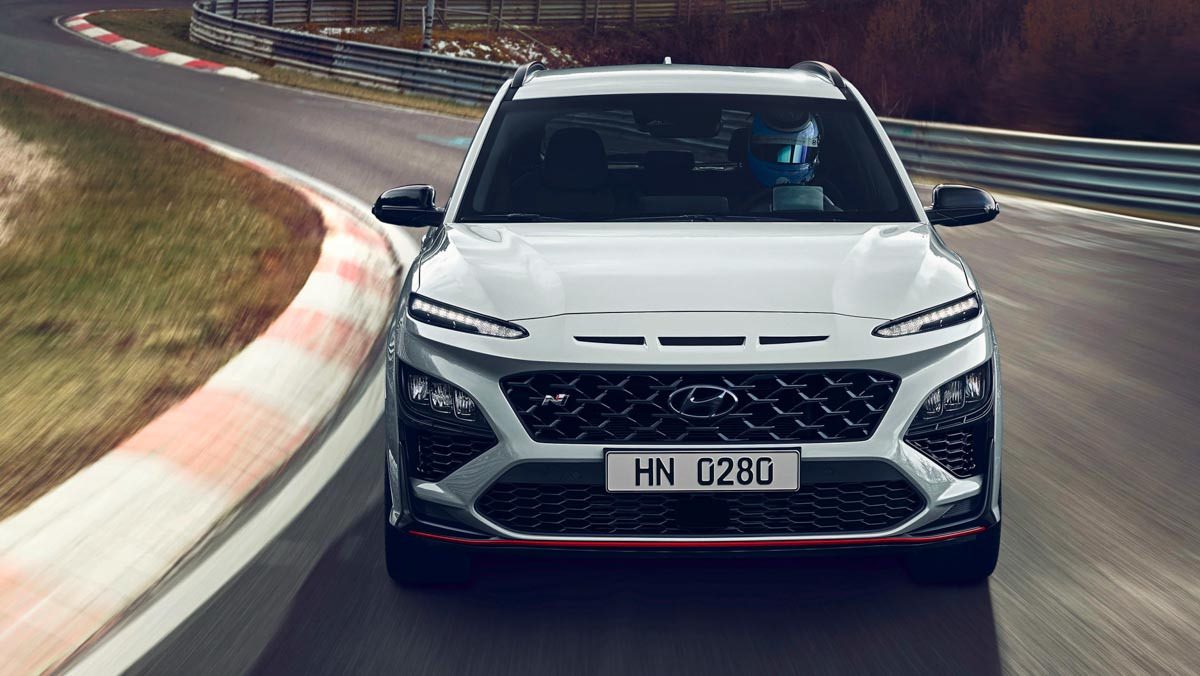 The Hyundai Kona N has finally been revealed in full, joining the superb i20 N and updated i30 N as the performance division’s fifth model. Local pricing is yet to be announced, but order books are scheduled to open this summer ahead of first deliveries later this year.

The new Kona N is powered by the same turbocharged 2-litre ‘Theta’ four-cylinder you’ll find in the updated i30 N hatchback, producing an identical 276bhp and 289lb ft of torque. Power is sent through Hyundai’s new 8-speed dual-clutch transmission to the front wheels, forgoing the standard Kona’s optional all-wheel drive system available in some markets.

Controversially, a manual transmission won’t be available at launch, with Hyundai justifying the choice due to both positive customer feedback on the automatic and the boost in performance it provides.

Despite the identical power output to the i30 N DCT, the Kona N’s 5.5sec 0-100kph time is actually four tenths quicker, with top speed 10kph slower at 240kph. Positioned between the Puma ST and Volkswagen T-Roc R, the less potent Ford takes a further 1.2sec to reach 100kph at 6.7sec, with the all-wheel drive Volkswagen doing the sprint in just 4.8sec.

Under the clad wheel arches you’ll find similar changes to its kinematics as in the i30 N, with the same quick-ratio steering, eLSD and active dampers fitted, recalibrated to suit the Kona’s higher centre of gravity and 100-odd kg increase in weight. The Kona N also has a wider track and more rigid structure than the standard Kona, each helping to increase high-speed stability and reduce body roll.

It also features the same 19-inch forged aluminum wheels as on the new i30 N, sat proud of a set of uprated brakes with cooling ducts either side of the front bumper. Also new to the Kona N is Sonic Blue paint, with the trademark Performance blue also on the options list alongside a third N-specific shade.

Inside, buyers are treated to the same 10.25-inch digital dashboard and infotainment display you receive in high-spec variants of the standard Kona, but there are a fair few N-specific tweaks. These include blue contrast stitching throughout the cabin and Alcantara trim on N sports seats. Hyundai has also fitted its bespoke N steering wheel, fitted with customisable N buttons for the Kona N’s driving modes, including the awkwardly named ‘N grin shift’ function, which provides a 10bhp boost for 20 seconds at a time.

Hyundai has given its engine note attention in the Kona N with the use of a standard valved exhaust system, albeit still augmented by noise pumped into the cabin via the speakers. There’s also been a new level of configuratiability unlocked by the use of the dual-clutch transmission. One such new feature is something called ‘N power shift’, a feature that provides aggressive shifts during hard acceleration and a partial throttle cut for a crack on upshifts.

Pricing is still yet to be confirmed, but the Kona N will sit between the Ford Puma ST and – suggesting a price of around the $50,000 mark.