WRC’s going hybrid from 2022, with the three big hitters signed on until at least 2024

The FIA has confirmed that Hyundai, Toyota Gazoo racing and Ford M Sport have committed to a three-year contract to compete in the WRC from 2022 until 2024. The 2022 season will signal the beginning of a new hybrid era in sport, in which all three teams will introduce an all-new WRC racer to comply with the changed regulations.

All three will utilise the same 1.6-litre turbocharged petrol engines as their current WRC racers, which will then be combined with a standardised 3.9kWh battery pack, inverter and 136bhp electric motor. As such, total power and torque figures will be higher than the 375bhp and 313lb ft of torque caps currently enforced by the FIA, but given the nature of combined powertrain power figures, precise peaks have yet to be confirmed.

Cars will also retain their four-wheel drive systems and five-speed sequential boxes, and like before will not be allowed to utilise any active centre differentials. The suspension and axles will both be further simplified compared to the current regulations.

To accommodate the new battery pack, all WRC cars will need to incorporate additional reinforcement of the internal roll cages, with an extra strengthening hoop placed at the rear of the welded cage, as well as strengthened door bars to better protect from side impacts.

None of the three main teams have revealed their cars as yet, but it’s expected that Toyota Gazoo Racing will (finally) put its bespoke GR Yaris to use, itself specifically homologated for the defunct 2021 regulation changes that were ditched to make way for the new hybrid cars.

Hyundai is also expected to move onto a new i20 N chassis, the road-going version of which has just been released and made a brilliant first impression, even if it is further away from the competition version than Toyota’s GR Yaris.

Further technical details are to be released from June this year, where we’ll get an even clearer idea of the cars that will be starring in the WRC’s next generation. 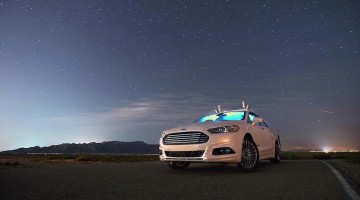