We love the i30 N hot hatch, so it’s little surprise that a saloon spin-off is similarly satisfying 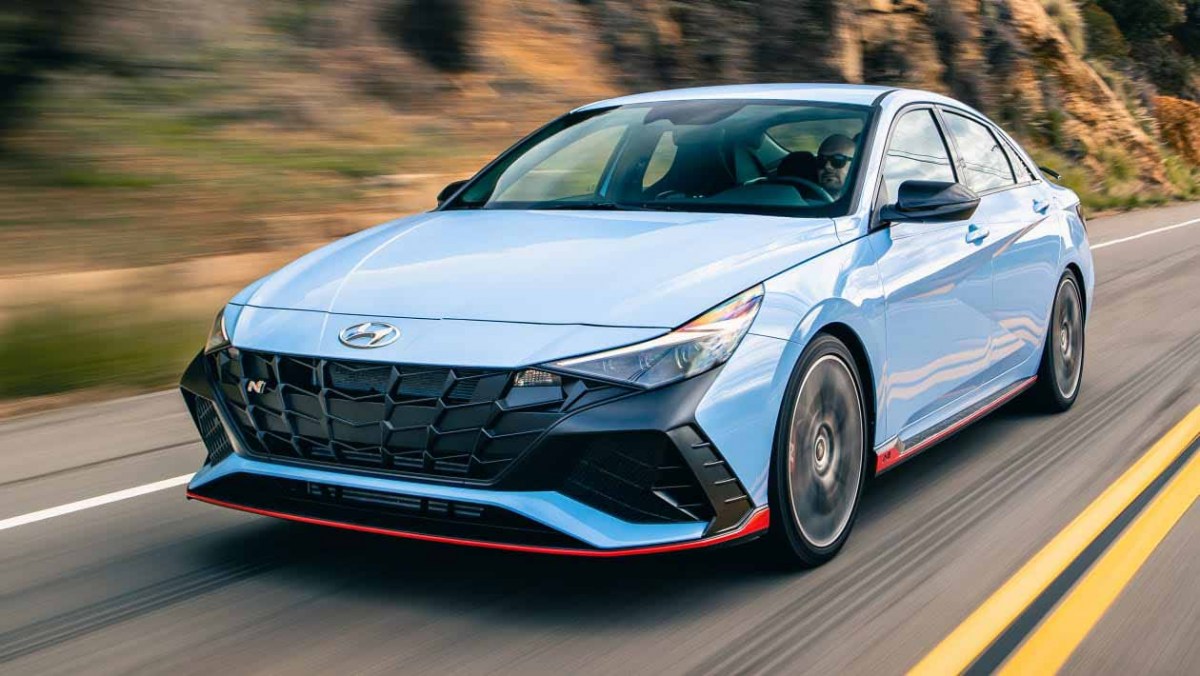 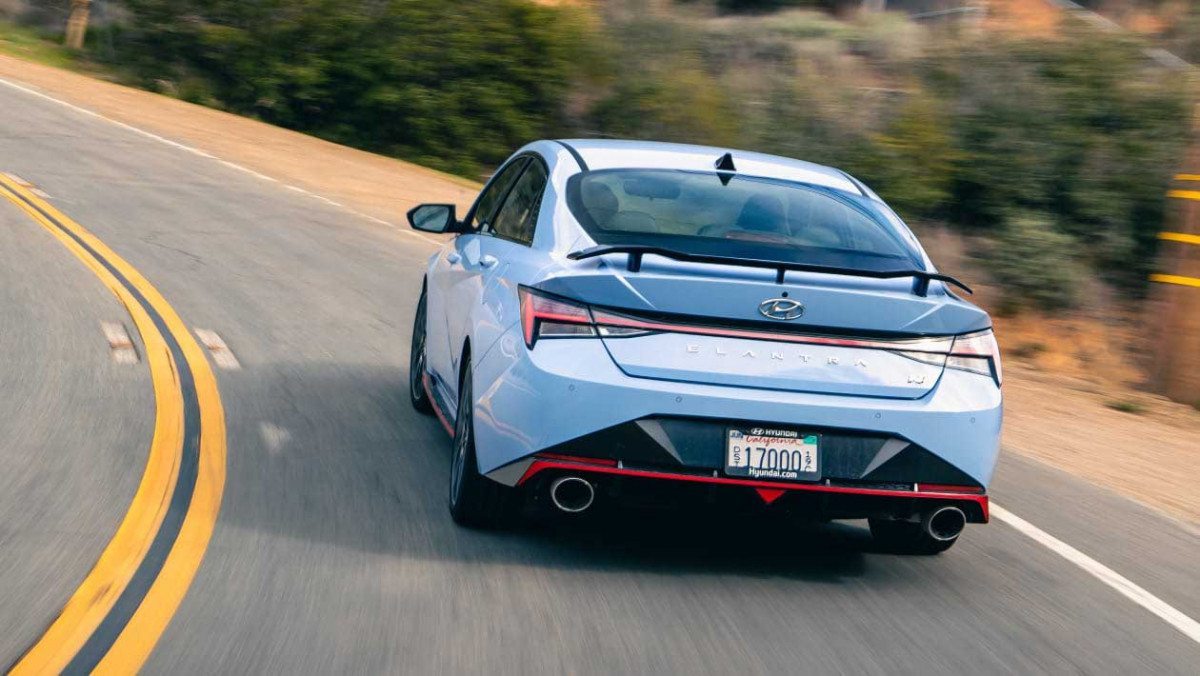 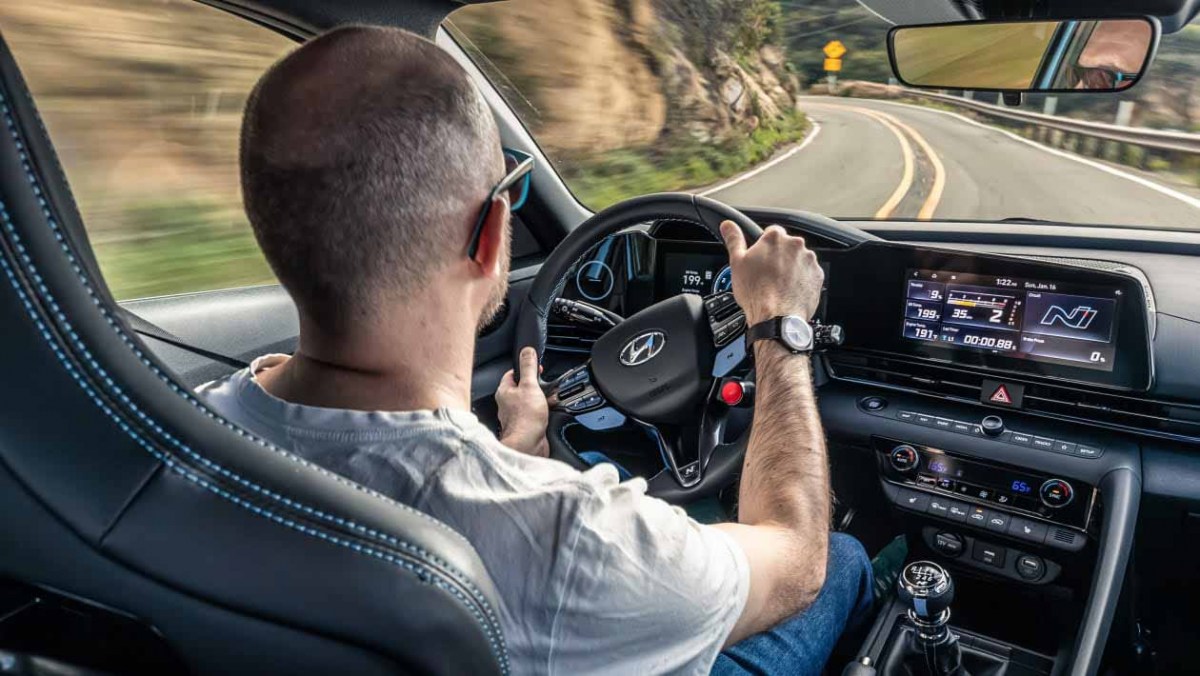 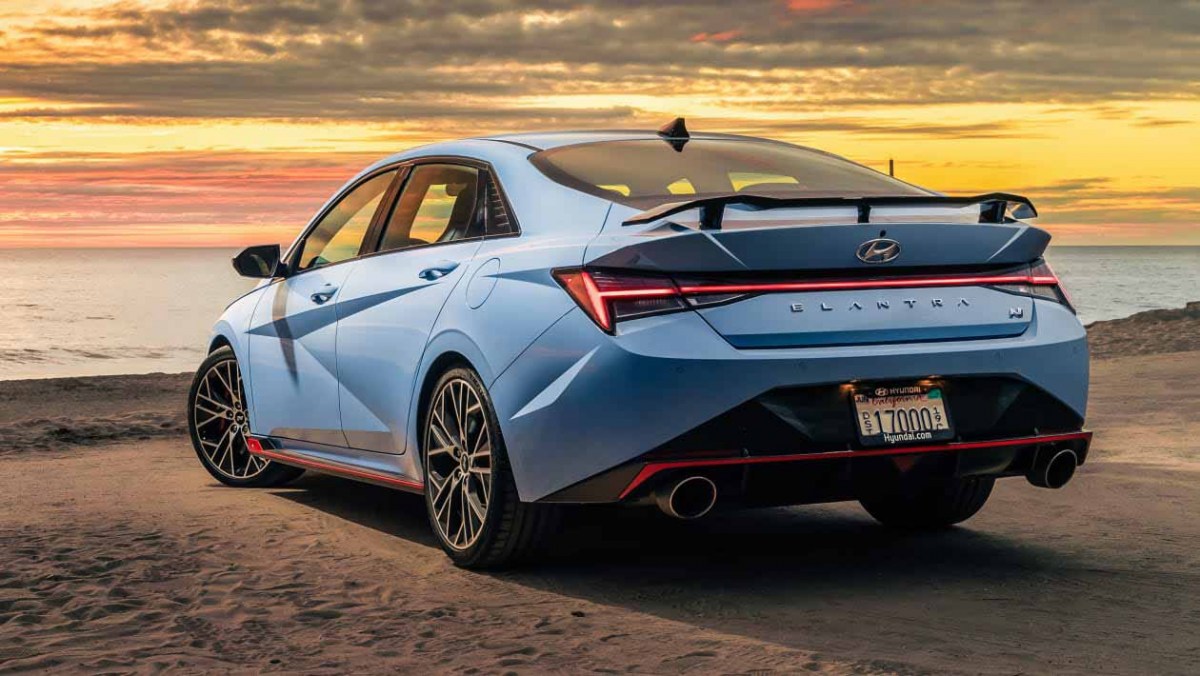 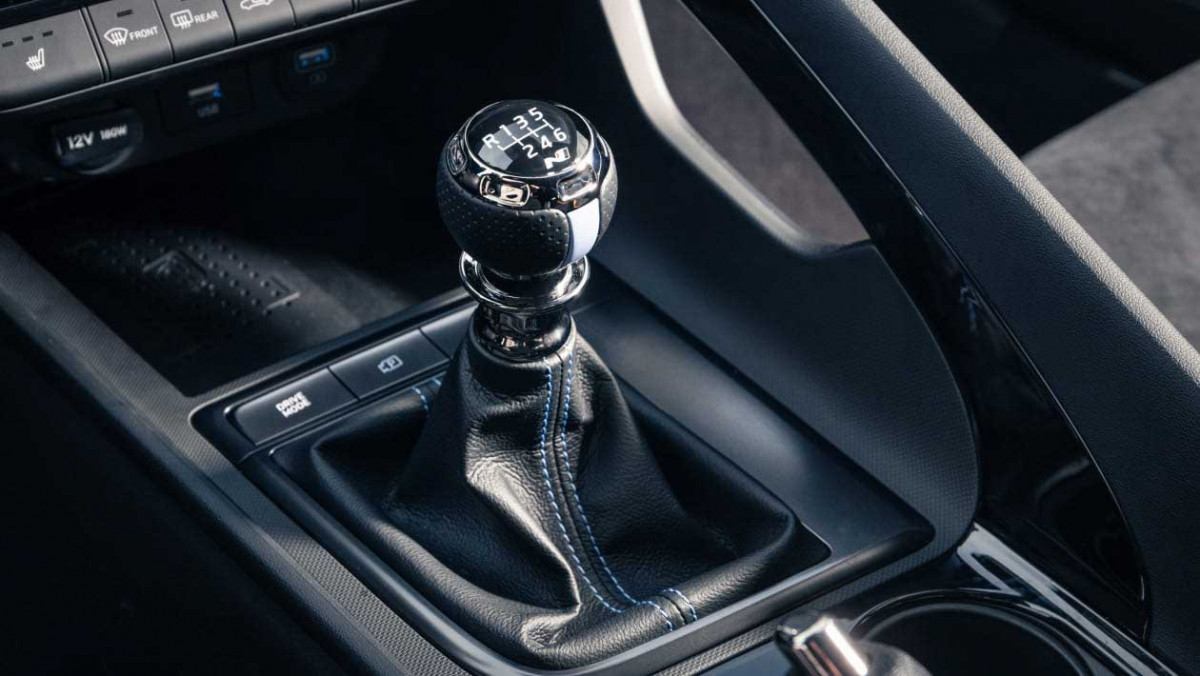 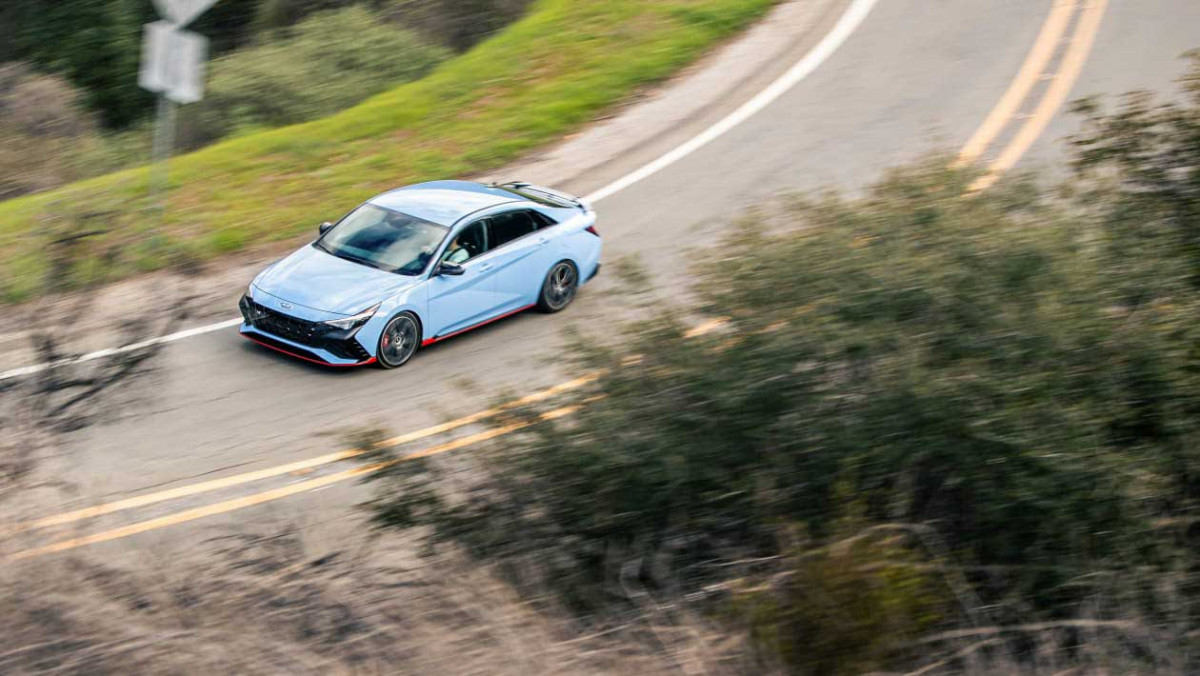 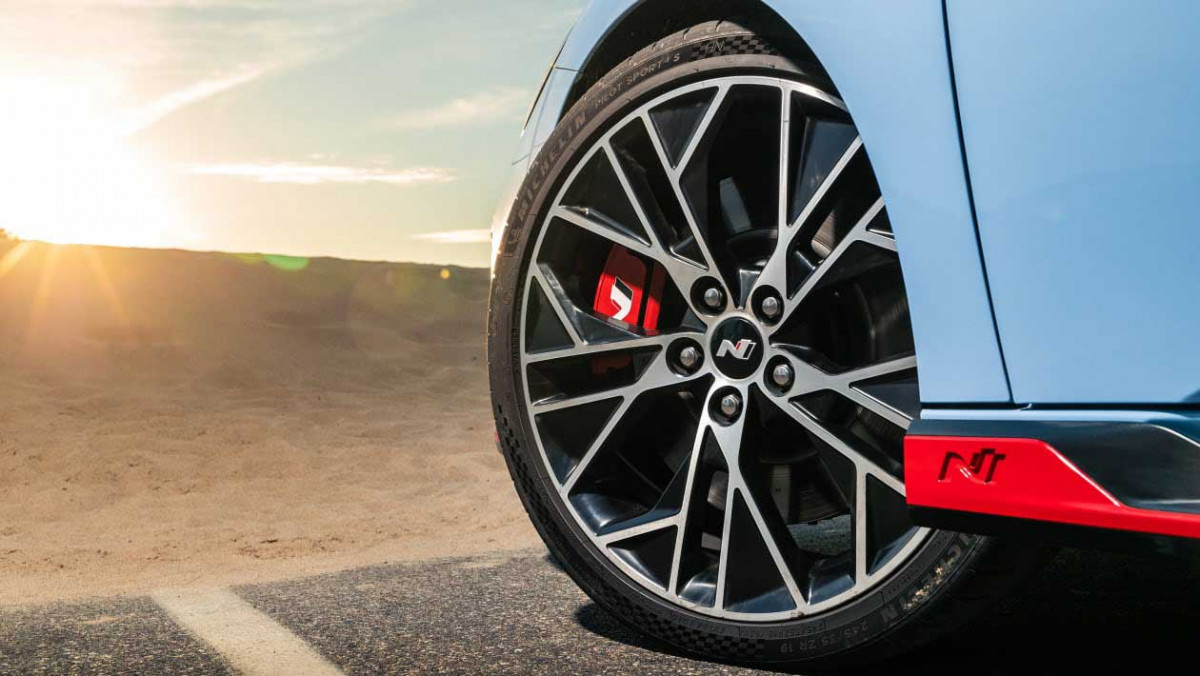 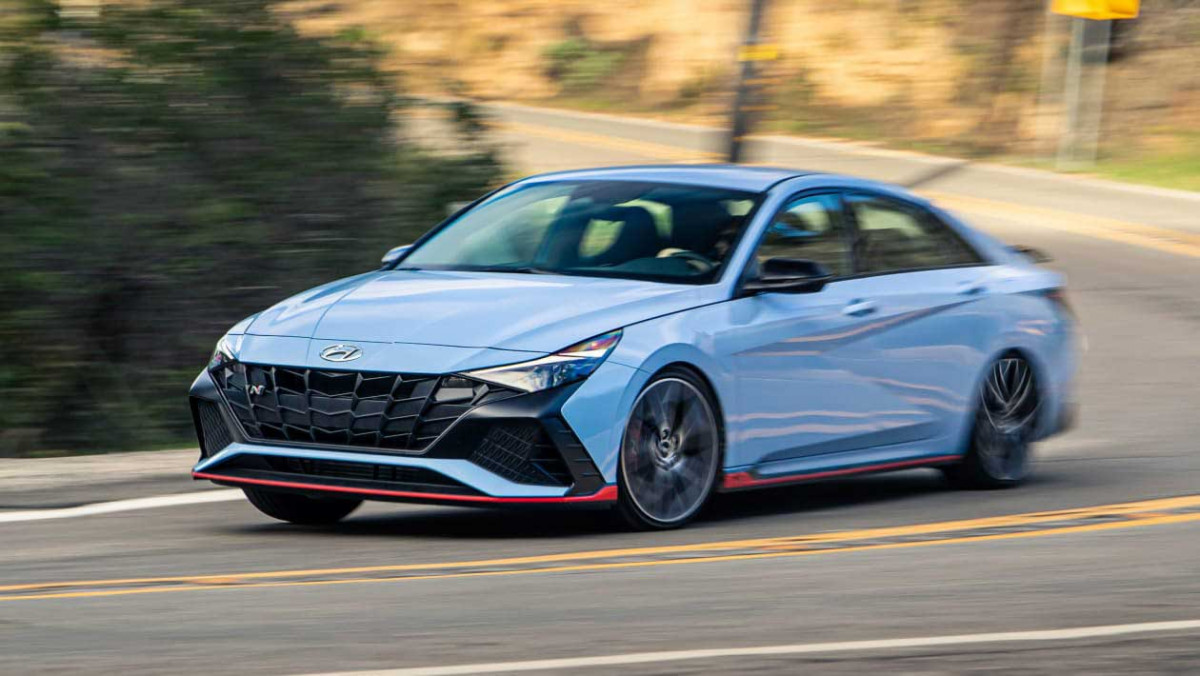 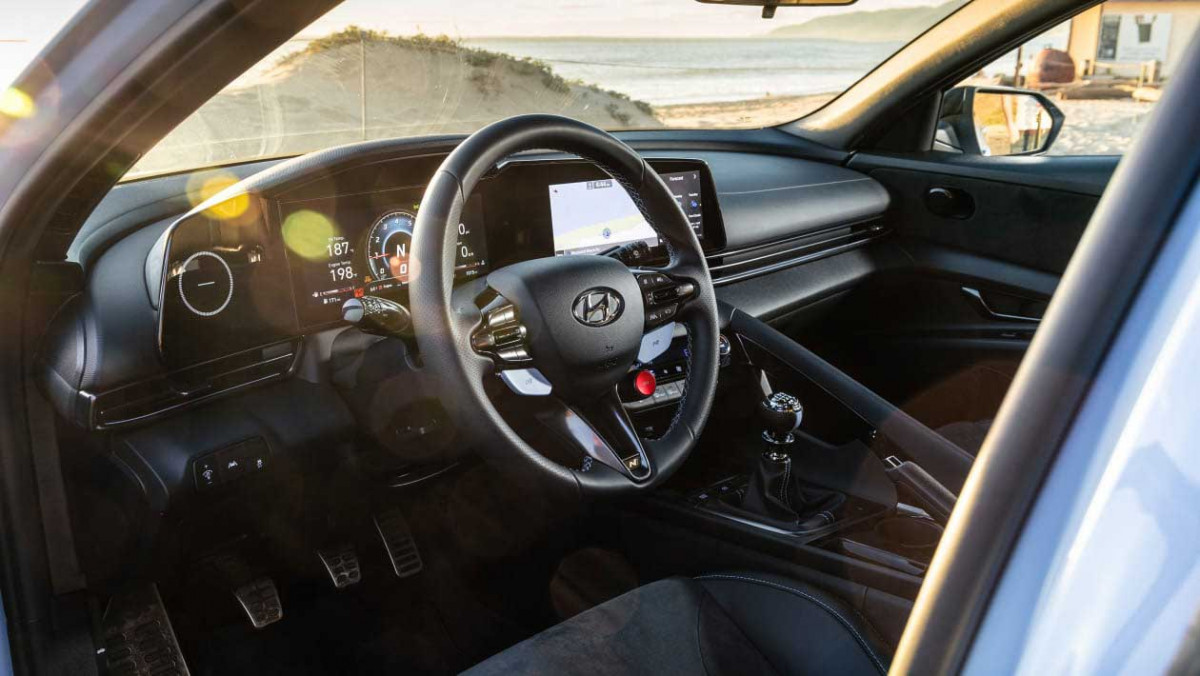 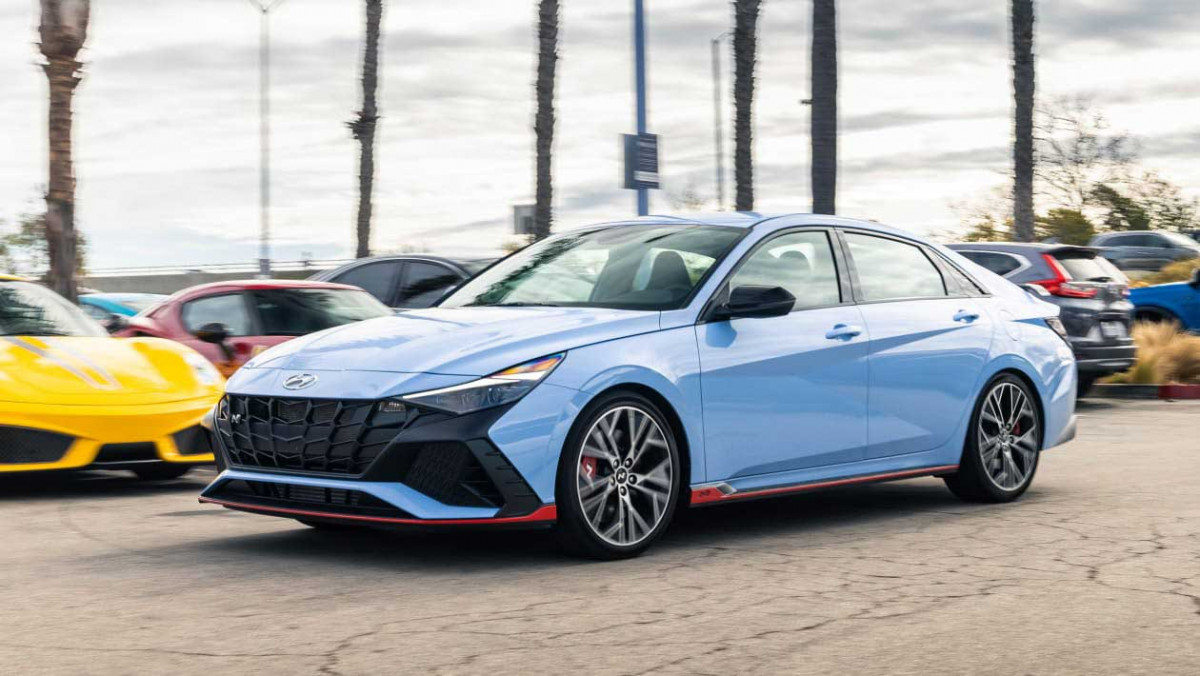 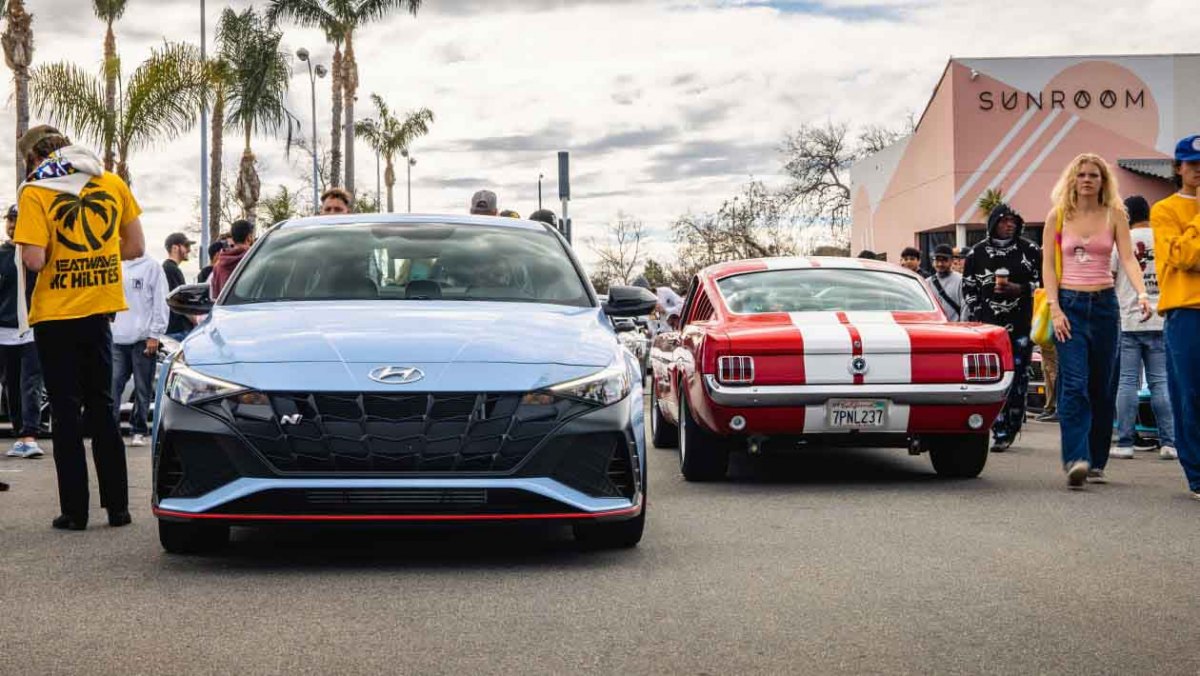 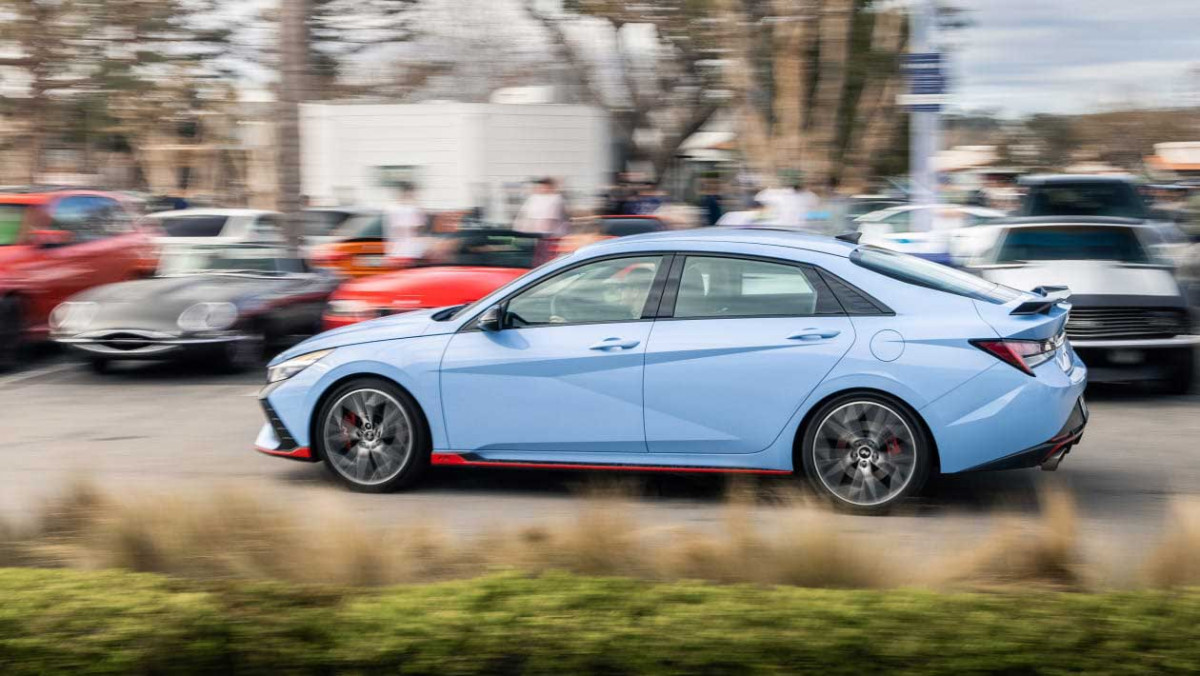 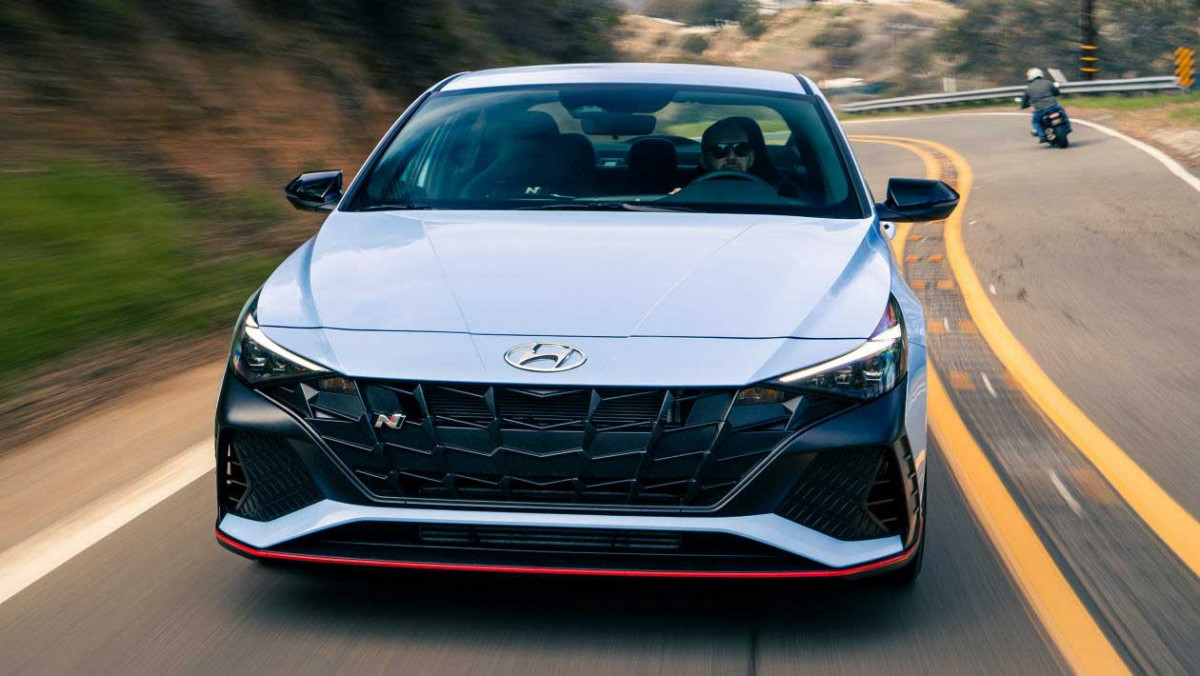 Cars of this size and power are what evo was founded upon. A 276bhp sports saloon of identical dimensions was right at the heart of the attainable performance car world two decades ago, only then it represented something of a technological zenith. Wonderful though this Hyundai Elantra N may be, it’s not cut from the same homologation-special cloth as an Impreza or Lancer, however romantic their handful of parallels feel.

It’s a punchy piece of design, though, headed up by Luc Donckerwolke of Lamborghini Gallardo fame. And with some inevitability it’s not headed to British shores. We’ve driven this latest N model – the sixth one launched worldwide – in the gleaming Californian sun, but it also pops up in plenty of other markets, and mostly those with a phobia to buying hatchbacks.

While Australia gets it badged as an i30 N Sedan, the truth is a little different. It’s actually spun from a larger platform than the i30, and it’s pretty much a size bigger at 4.67 metres long (versus 4.34m), about half of which is accounted for in its wheelbase, which is 2.72 metres (rather than 2.65m). There’s more weight, too, albeit just 26 kilos at 1445kg. Impressive given the jump in size.

You’ll be delighted to know it’s been through N’s typically tough development programme – split between Namyang and the Nürburgring, with Albert Biermann wielding the golden clipboard at the end of it all – but the Elantra has had its own, more comfort-biased set-up applied with final sign off on roads and proving grounds in the US.

It uses the same 276bhp, 289lb ft 2.0-litre turbo four as other Ns – namely the i30, Kona and Veloster – driving the front wheels via a six-speed manual or eight-speed DCT transmission. A limited-slip differential is standard fit, as is the almost bafflingly large selection of driving modes and settings we know from European Ns.

There’s new stuff, too. It’s been engineered with the same depth as its range-mates, some of the work helping account for its modest weight jump over the smaller i30 N. The chassis has extra weld points, there’s a bright red strut brace to boost body rigidity (by 29 per cent) and this is the first Hyundai to use an Integrated Drive Axle (IDA), which nabs tech learned from the company’s WRC programme to integrate the drive shaft, wheel hub and bearing into one unit, saving 1.7kg. Maybe there’s some homologation genes after all.

You’re also looking at the widest tyres yet fitted to an N car – Michelin Pilot Sport 4Ss measuring 245/35/19, up 10mm on an i30 N on 19s – and today they’re working with exceedingly favourable mid-twenties temperatures, too. Fitting N’s wonderfully hugging sports bucket seats actually opens up another 50mm of legroom in the back, too. It’s a proper family car, in other words…

Not least because it’s immediately a bit softer around the edges than the Ns we get on British shores. It’s deliberate – Hyundai describes this as an ‘ambidextrous’ performance car, one just a bit more mature than the littler Ns it’s sold alongside.

Much of its behaviour is familiar. The engine rasps into life with the shame hard-edged four-cylinder soundtrack as an i30, and its steering has the same eagerness. It’s hard to comment on just how much the suspension has changed because rural roads in the US are so much better layered than ours. Whether it’s better tarmac, the Elantra’s softer touch or a combination of the two, here’s an N where you’ll finally use the stiffest notch of the adaptive damping on road and genuinely relish it.

I soon find I’ve programmed it into my chosen settings for the pale blue N button on the steering wheel. Like the i20 N, there are two of these, so you can have two ‘individual’ setups depending on just how rambunctious you’re feeling. You’ll want the exhaust sound in its mid mode or lower either way, though, to avoid some annoying piped-in acoustics.

It’s about the only unnatural, annoying thing this car does. This may be a more mature N, but it’s still one you’ll attack a good stretch of road in with a big old grin on your face. It won’t wiggle its hips with the ease of an i30, and it’ll be the front tyres squealing before the rears, but this is still a deliciously assertive front-wheel-drive car. Perhaps the bumpier, damper tarmac of a British B-road would unhook the rear axle a little more than a California canyon on a mid-20s day can. The sad thing is we’ll likely never find out.AdvertisementAdvertisement – Article continues below

Some words of praise for the manual, too, or more specifically Hyundai’s decision to offer it alongside an auto. It’s a setup that needs just an inch more throttle and a few more revs to pull away cleanly than a mainstream manual – a stick-shift Golf GTI is easier-going than this – but it simply means you’re alert and focused from the very first interaction you and the powertrain have. Tauntingly cheap gas prices mean the US doesn’t seem unduly worried about the efficiency gains of stop/start systems, either, so the engine never thrums automatically back into life to save any stalling blushes like it might back home. The DCT is probably a more natural fit with the Elantra’s grown-up swagger, but could you resist the option of three pedals while it’s still there?

The manual also happens to be cheaper, starting at $32,945 where the DCT is another $1,500. Yes, that does convert into a number that’s bafflingly small – a starting price of little more than $32,000 seems barely comprehensible to us Brits. The Elantra is a bargain even in its own showroom, though, priced below the smaller Veloster N while packing the same performance and frankly staggering ten-year powertrain warranty. Given the treatment this engine encourages, that’s a ballsy move by Hyundai.

The UK already has the i30 N and its quirky Fastback variant, meaning the Elantra won’t come here. Which is a shame given it’s sold in other right-hand-drive markets. While $30,000 sports sedans in the States are numerous – it’s a country where you can still buy a Subaru WRX, and there’s a new Acura Integra coming – we’d only really be able to compare this Hyundai to the likes of the Audi S3 and BMW M235i Gran Coupe on our chillier shores. They’re fairly anodyne badging exercises that I suspect it’d shrug aside with extreme nonchalance.