Hunt vs Lauda by Paul Fearnley is just the thing if you want to read up on the 1976 Formula 1 season ahead of Ron Howard’s Rush movie release next month. 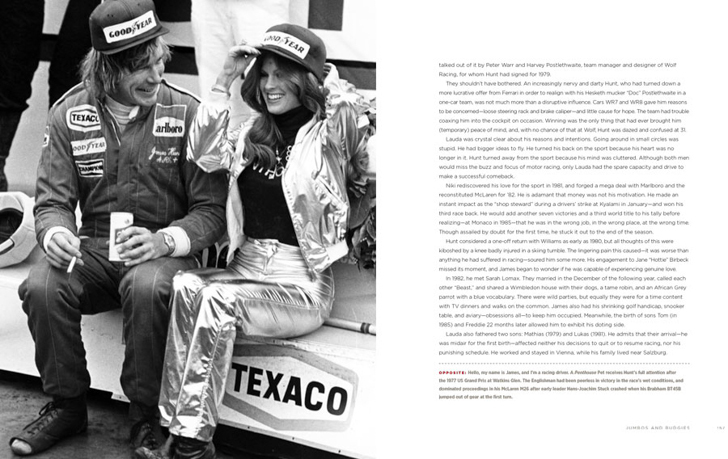 The Formula 1 aficionados amongst you will probably already know that there’s just over a month to go before Rush, Ron Howard’s film starring Chris Hemsworth (James Hunt) and Daniel Brühl (Niki Lauda) that cover the 1976 Grand Prix season, gets its cinema release. For those of you wondering what this trailer and these images were about, well then, question answered. 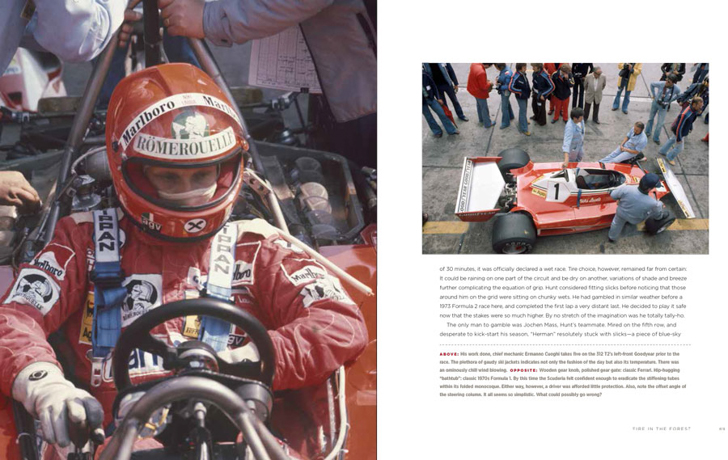 If you’re a little behind with the events of the season – from a treacherous finale at Fuji to the British Grand Prix pile-up, Hunt’s controversial disqualification from Spanish Grand Prix victory to Lauda’s infamous crash at the Nurburgring – may want to check out Paul Fearnley’s Hunt vs Lauda. This hardback, covering 160 and containing more than 110 images from the ’76 season, relates the longstanding journalist’s views from a season that brought televised Formula 1 to a level it had never reached hitherto and from which it has continued to grow ever since. 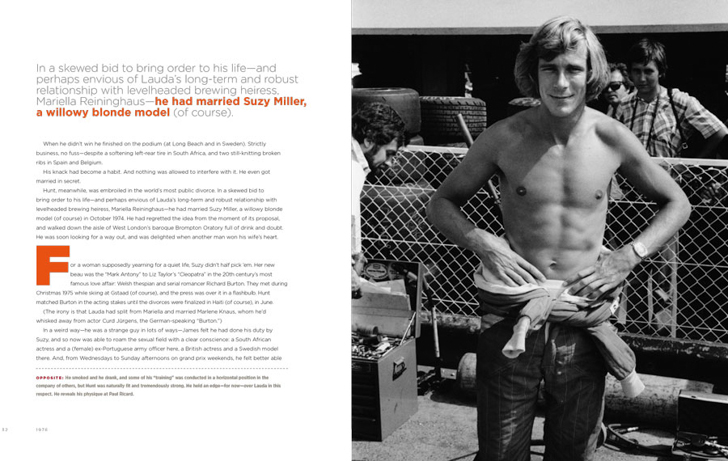 Lauda: an analytical and methodical driver, talents that led him to three world titles. Hunt: arguably F1’s most charismatic driver ever, but devastatingly fast on his day. The fight for the 1976 title begins all over again in just over one month’s time.