V-TEC just kicked in, yo!

The ‘Type R’ badge has a reputation, much like that of the ‘GTI’ – cars that carry these badges are iconic and always will be and it feels like we’ve been waiting forever for the next ‘Type R’ badged Honda (five years to be exact). The next iteration was finally unveiled last year. And it doesn’t disappoint.

The new Honda Civic Type R is the most powerful red ‘H’ badged model to date. Honda calls it its ‘race car for the road,’ and the specs support that fact.

Just look at it – Honda hasn’t been shy with this model! The new Honda Civic Type R gets some pretty aggressive styling and I think it’s perfect. It has just the right amount of over-styling to really play up what this car is about. It reminds me of how outrageous the Mk2 Ford Focus RS was and just look how down-played the new RS is – granted it’s a machine with its new four-wheel drive but looks too much like an ST, in my opinion. Anyway, back to the Civic – it really does have just the right amount of wing to look menacing in a very good way. It’s not just styling, though – I’m not talking pointless bodykits – this car has been designed with aerodynamics in mind. Features include 19-inch alloy wheels, rear parking camera, leather steering wheel and alloy shift knob and alloy pedals. To the inside are good quality materials; the Alcantara style bucket-style seats are super comfortable. The only real issue is with the interior plastics – I feel they could be better quality. Now onto the notes of this car. From the inside the thing sounds incredible! However, acoustics really are rather apparent. From the outside is quite a different story – see our video of its launch on the @crankandpiston Instagram and you’ll know what I’m talking about – It’s just a little underwhelming. I’d say the quieter tones will help you avoid the police, but the way it looks attracts all sorts!

This is Honda’s first ever turbocharged Type R. Controlling the front is a limited slip differential and dual axis strut. This car sticks to the road. Its clever damping and chassis set-up keeps body-sway to an absolute minimum and really should be commended. Its steering is direct which gives you the confidence to really boost off and the Brembo brake configuration gives you the confidence to slow down if you’ve pushed it a little too much. There’s also no dual-clutch trickery here, either. The transmission delivers short shifts, which feel much shorter than Honda’s claimed ratio of 40mm. Acceleration is immediate and full-on, in a good way. It’s not an abrupt immediacy. It’s front-wheel drive unlike the new Ford Focus RS or Volkswagen Golf R, which gives it a much more raw feel, resulting in more fun. It should have less ‘stick’ than its rivals, but it doesn’t; you find yourself challenging the car and yourself to see what it can do – in a responsible way, of course. There are some over-steer issues in the wet, but nothing that can’t be handled.

The ‘R+’ button is pointless, though. You do get the feeling of increased engine responsiveness and it does feel a little more aggressive, but the ride is a lot firmer – from a car, which already has a firm enough ride. I just don’t think it needs it.

I love it. Those three words may seem simple, but it’s true. Honda is well and truly back with another great Type R. It’s fun, it’s raw, but is by no means perfect, which is why I love it so much. It’s distinctive from rivals; both aesthetically and in the way it drives. It may not be as fun on a motorway – but what car is?! – and at least it’s comfortable. But, as soon as you turn off onto a more bendy road, this car is incredible. It really surprises you just how composed this car is. It’s great looking, it’s a great drive and it gets you the looks on the road – what more could you really want? 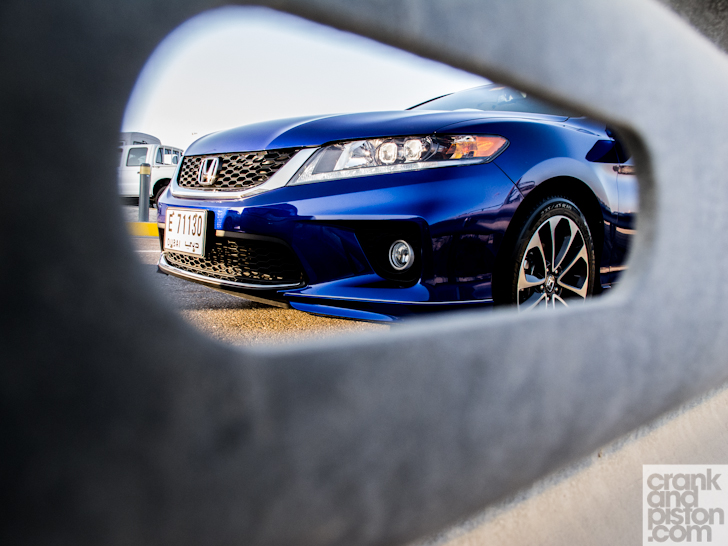