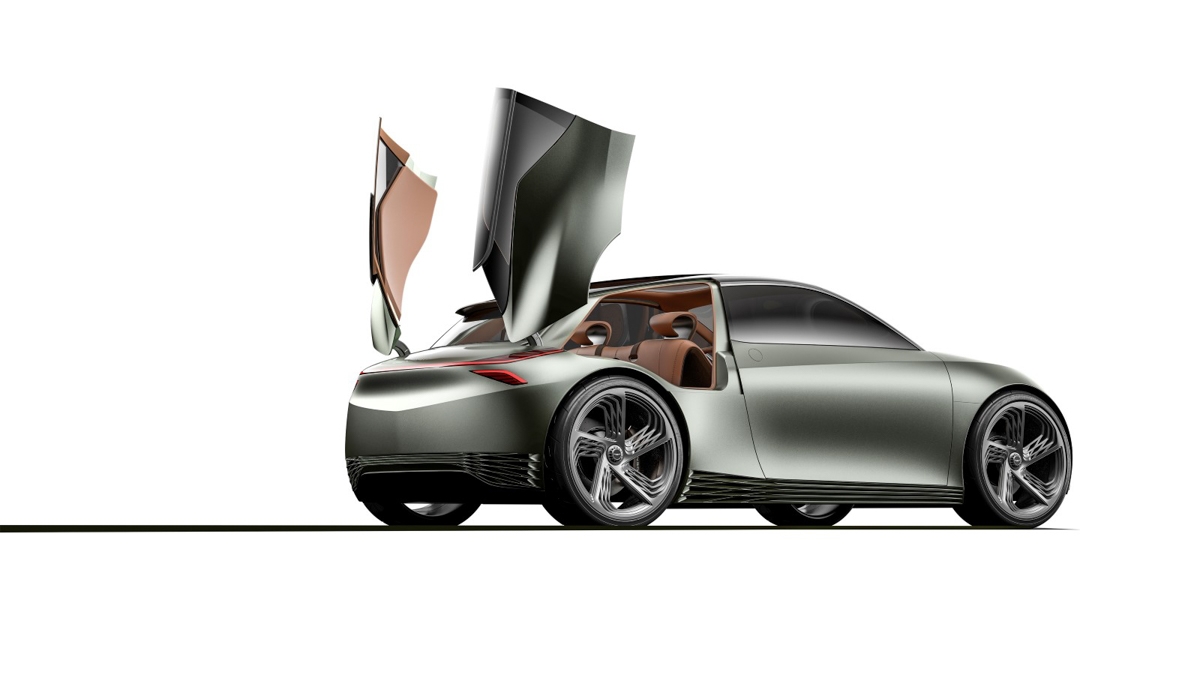 Scan the roster from any recent motor show and you’d assume only three categories of vehicle get the electric treatment: luxury saloons, SUVs and thousand-horsepower hypercars.

Quite a departure from recent electric concepts then, and a somewhat refreshing one (if you’ll pardon the pun). For a start, Genesis hasn’t given the concept an apologetic city-car range, suggesting the Mint would be capable of 322 kilometres, while the two-seat layout has given the concept generous interior space.

The usual concept car gimmicks are present and correct, from enormous, city-inappropriate wheels to the oblong steering wheel that can’t be fitted to any vehicle without mention of the Austin Allegro, but the base ingredients are quite appealing.

There’s just the hint of a three-box shape to the styling, but with wheels pushed as far out to the corners as possible (more Wolseley Hornet than Allegro in this respect), and the design language, guided by Luc Donckerwolke (previously of the Volkswagen Group), is said to be a scaled-down interpretation of the firm’s current luxury saloons.

The idea, says Donckerwolke, is to disconnect ‘the physical dimensions of the vehicle from its positioning as a premium product’, or put another way, to show that luxury isn’t just limited to enormous saloons and SUVs. The Wolseley Hornet springs to mind again, or perhaps the Renault 5 Monaco.

Despite the minty name, the concept is actually painted in a classy shade of matte green dubbed Hunter Green, while the interior is trimmed in cognac leather; the influence here is said to be a mix of Korean traditions of embracing empty space, and modern European furniture design. The Mint eschews a regular hatchback or boot in favour of a large parcel shelf accessed by scissoring panels.

Either side of the steering wheel are small, round, copper-backed screens used to control significant functions, while a display in the centre of the wheel, looking not unlike an elongated smartphone, serves as a primary information display.

Other than the 322-kilometre range and a ‘high density’ battery pack, no other powertrain details are revealed, nor even which wheels are powered (front-drive is no longer a given for small cars in the electric era). We can’t help seeing a small, electric hot hatchback though – and with Albert Biermann also responsible for the Genesis division, there would no doubt be a solid chassis underneath any production variant.