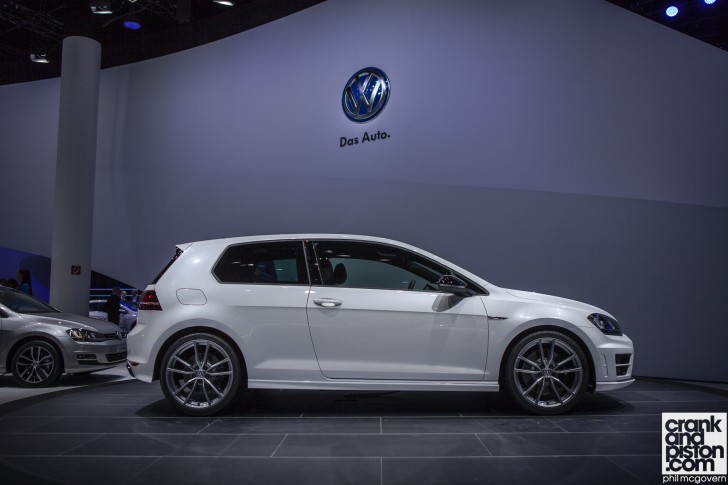 As well as another slightly different yet still hilariously expensive Bugatti Veyron, the Volkswagen Group celebrated the debut appearance of the new seventh generation Golf R.

The macdaddy of the hot hatch universe to many, the new R completes the seventh gen Golf line-up following the launch of the base model and the GTI. Powered by an updated version of the 2.0-litre turbocharged four-cylinder used in the GTI, the new R – as proven recently in a new film starring World Rally Champion pretender Sébastien Ogier – has some impressive grunt. Some 296bhp and 280lb ft of torque is transferred to the tarmac by way of the R’s new 4MOTION four-wheel drive system. Indeed, the new R is the fastest accelerating production Volkswagen Golf yet, with a 0-100kph time of 4.9 seconds with the optional six-speed DSG transmission (0.8s quicker than previous) and an electronically limited top speed of 250kph. 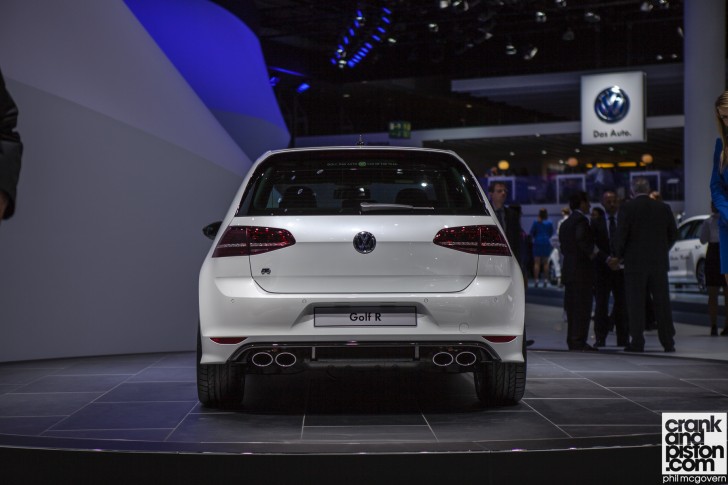 As you’d imagine from any self-respecting German manufacturer with a €430 million ‘visionary communications platform’, the R’s four-cylinder engine boasts modified cylinder head, exhaust valves, valve seats and springs, pistons, injection valves and turbocharger. The 4WD configuration meanwhile is the fifth and most technically advanced Haldex system available, while progressive steering makes for sharper turn ins and more pinpoint steering. Tweaks to the suspension and dampers means the R sits 5mm lower than the GTI and 20mm lower than the base-spec Golf. 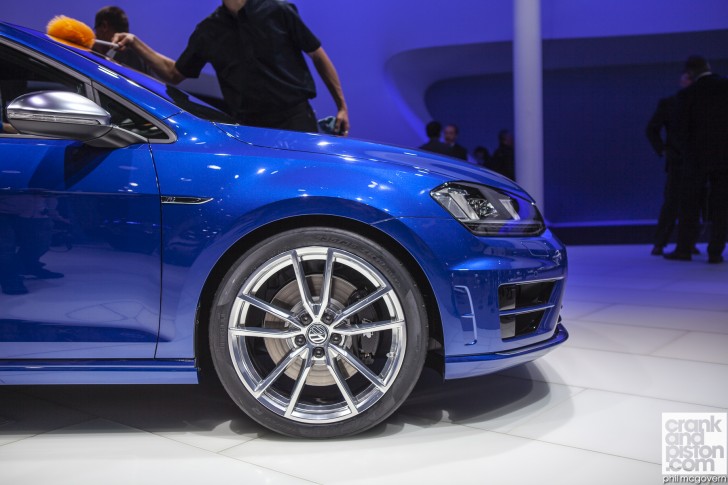 Visual differences (aside from the R badges) to the base model include a modified radiator grille, a new front bumper design, chrome-tipped exhaust pipes, 18-inch five-spoke alloy wheels and black painted brake callipers.

I think now you can start to see why Monsieur Ogier was so enthusiastic. 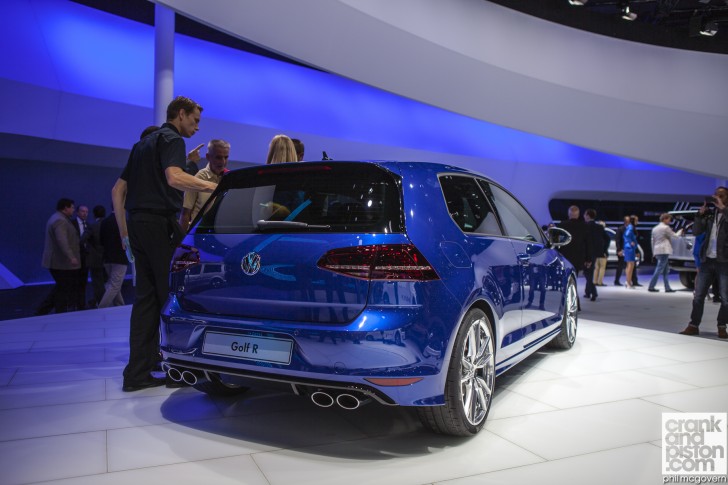