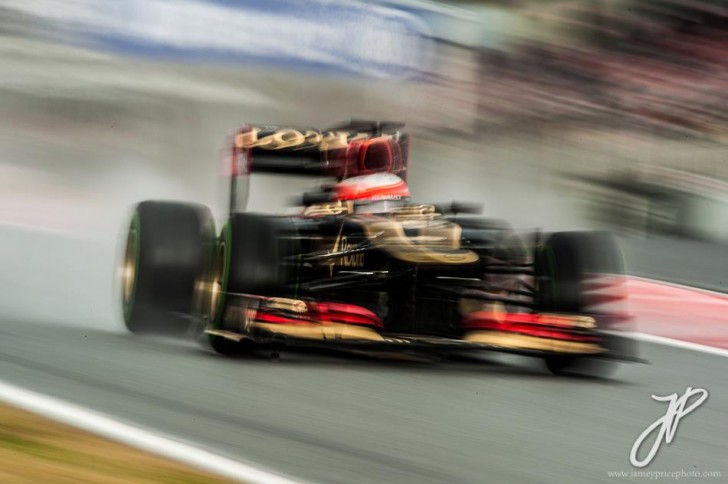 The first victory for a Lotus car since the Detroit Grand Prix of 1989, as well as six other podium finishes, really did confirm what many had been pondered throughout 2012: the Kimi Raikkonen of McLaren old was starting to come alive. And the chances of F1’s Mr Talkative standing atop the podium again in 2013 are quite high.

Indeed, the speed of Lotus’ new E21 – boasting as it does substantially revised suspension, a new rear wing setup for improved downforce and further evolutions to the front wing that date back to 2009 – in pre-season testing has raised some eyebrows, as has the decision to not run the ‘platypus nose’ vanity plate for fear of adding excess weight. True, championship glory is perhaps a little too ambitious, but Raikkonen’s re-proven speed makes him a potential spoiler at almost every round: Lewis Hamilton’s ailing McLaren may well have handed the Finn the lead in Abu Dhabi, but the fact that – like in Bahrain, Valencia and Hungary – the former Champion was at the sharp end in the first place says everything. More victories are surely to come in 2013. 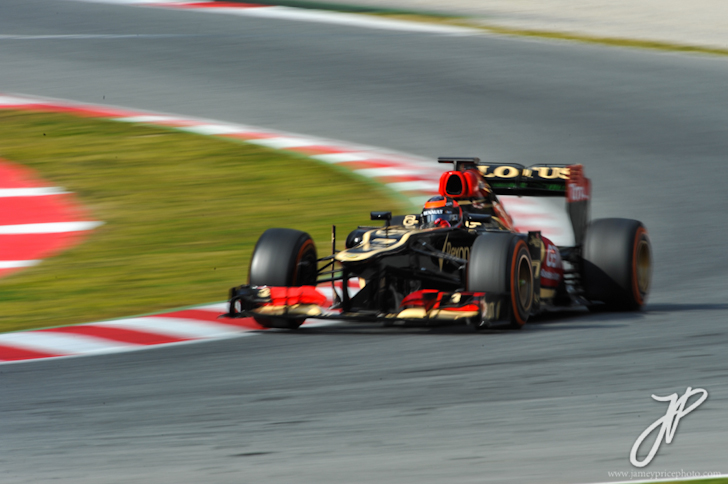 And wouldn’t Romain Grosjean love for one of them to go to him. A mighty slap on the wrist following his, let’s say, impetuous actions off the line at Spa-Framcorchamps led to a one-race ban and a P45 being dangled dangerously close. Confidence boosting podium finishes earlier in the season in Bahrain, Hungary (yep, both Lotuses were really inspired these weekends) and Canada arguably saved the Framco-Swiss’s seat. It’s not often an F1 driver is given a second chance – as Grosjean was following an uninspired (and, in fairness, underprepared) debut with Renault in 2009 – let alone a third. Three strikes: certainly Grosjean needs to make 2013 count. 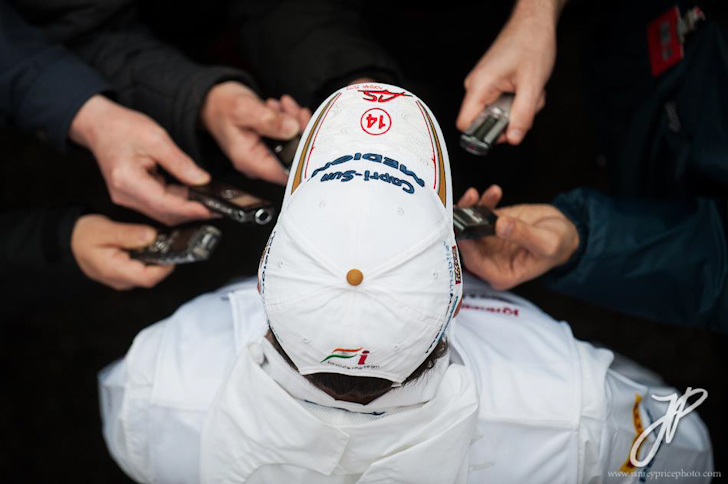 It’s official! Force India (formerly Spyker F1, Midland F1 Racing, and Jordan Grand Prix) has been a bit strapped as of late, owing to that rather nasty business with team principal Vijay Mallya and Kingfisher Airlines running out of money. Remunerations (or at least some of them) have been sought, though not as many expected from former-Williams man Bruno Senna, former-Toro Rosso driver Jaime Alguersuari or Ferrari prodigy Jules Bianchi. Nope, all have been beaten to the punch by former Force India/Spyker/Midland (test) driver Adrian Sutil.

With limited testing under his belt, many are wondering how one year away – while he sorted out those pesky assault charges – will have affected Sutil’s performance. A popular figure in the paddock, many have cheered the German’s under-dog performances hitherto (only an out-of-control Kimi Raikkonen ended Sutil’s charge to fourth at Monaco ’08) as he’s fast established himself as a consistent all-rounder. Precisely what Force India needs, especially in the wake of Nico Hulkenberg’s absconsion to Sauber and the team’s current financial situation. Solid points on the board and a climb up the standings will perhaps see the dark clouds begin to part. 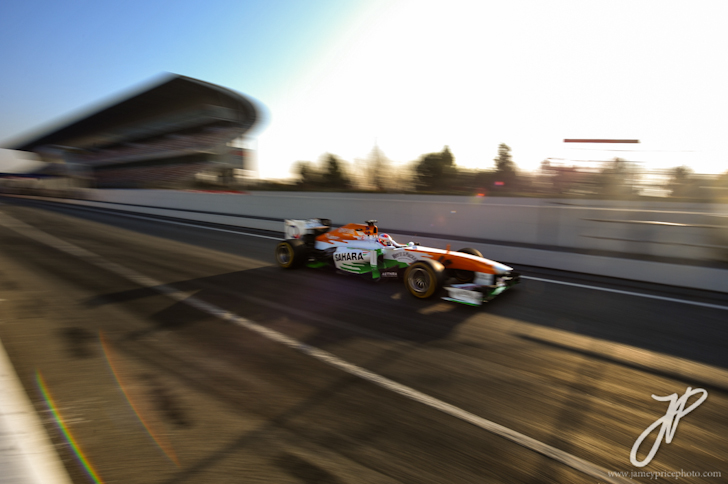 A difficult sophomore year against Hulkenberg after a terrific debut season in 2011 may well have knocked Paul di Resta’s confidence a tad, as will losing a potential seat at long-time backer Mercedes’ official Grand Prix squad. Once again though the Scot finds himself teaming up with Sutil (as they did in 2011), a solid contender against which to gauge his performances throughout the season. And given the drive he pulled out of the top drawer at Singapore, the former DTM champion has certainly not forgotten how to be quick. A steady climb up the midfield in Force India’s new VJM06 – a tidier albeit more aggressively designed package with new suspension and a redesigned front assembly – may just do the trick. 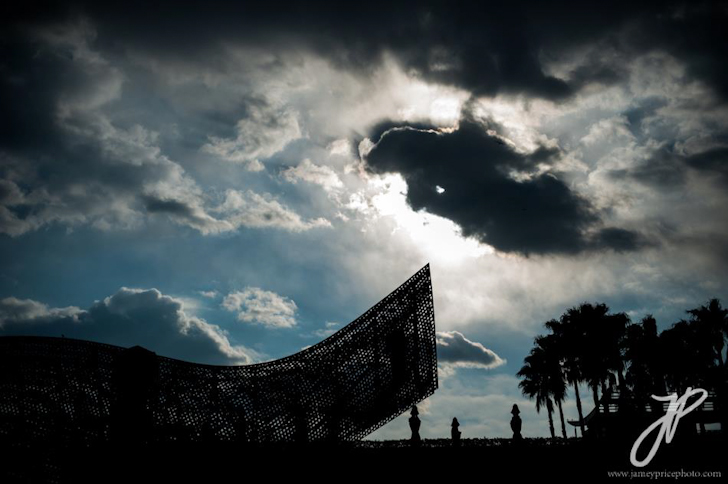 The news, though understandable, still came as a shock: no more Timo Glock for 2013. Glock, having agreed amicably to part ways with the Marussia team for 2013, has found a new berth with BMW in the DTM, Marussia meanwhile pockets the $10 million-ish amount they had been paying the German and sets to work with a wing and a prayer. And two new pay drivers.

Three years in Formula One so far has yielded nil points for the former Virgin outfit, and though the new MR02 – with the influence of Pat Symonds (he of championship winning chief engineering with Renault), restyled sidepods and for the first time ever, KERS – is a tidy package, the chances of this changing seems unlikely: in what is becoming tradition, the team only completed one and a half days of winter testing at Barcelona. 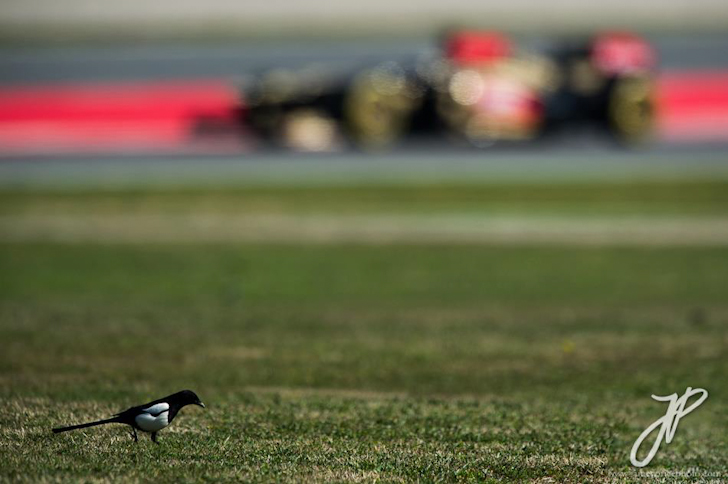 Debutant Max Chilton brings with him two wins in GP2, a Formula 3 victory, and an applaudable determination against quite enormous pressure (as well as a stipend that has kept big brother Tom racing in both the British Touring Car Championship and the World Touring Car Championship for some years now). But with limited testing miles under his belt, the young Brit is going to find the going tough in his debut Grand Prix season.

So too will incredibly new teammate Jules Bianchi. Contenting himself with another year of the F1 sidelines after a planned campaign with Force India fell through, the ’09 Formula 3 Euro Series champion got the call up from Marussia at the eleventh hour when GP2 runner-up Luiz Razia was unable to cough up the required wonga to keep his seat. Lean times indeed then at Marussia, and the team will be only too well aware what caused fellow minnows HRT to close their doors on the eve of the 2013 season.

Red Bull, Sauber, Toro Rosso and Caterham in the CONCLUDING PART of our SEASON PREVIEW