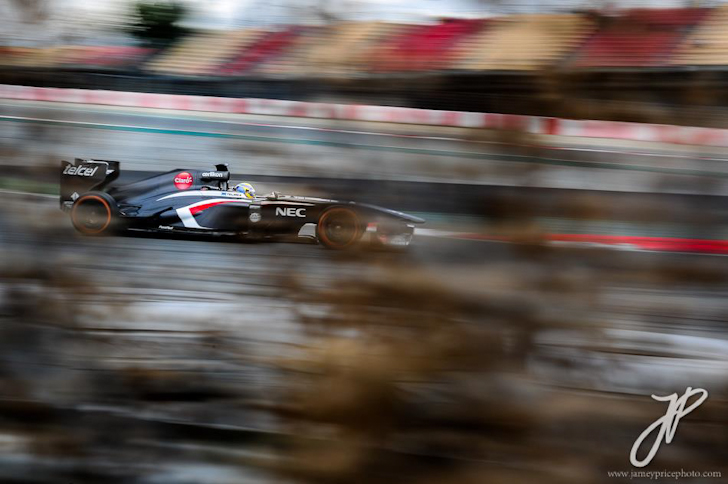 Many in the paddock questioned Nico Hulkenberg’s choice: his move from Force India to Sauber was less a climb up the ladder than a sideways shimmy across it. There was though solid reasoning. Having already delivered storming drives at Spa-Francorchamps, Valencia and Korea after a one year absence, the 2009 GP2 Champion – incredibly – staged a legitimate fight for victory in the changeable conditions at Interlagos (and we all remember how he fared at the same circuit two years earlier with Williams). That is until an over-excited move at the first corner knocked him to eighth at the flag and Lewis Hamilton into retirement on his last outing for McLaren.

Hulkenberg’s performances aside, struggles with tyre wear often hid the fact that last year’s Sauber C31 was a genuinely quick package: podium finishes for new McLaren signee Sergio Perez in Malaysia, Canada and Italy (as well as a podium on home turf for the now ousted Kamui Kobayashi) left many in the paddock wondering what a Fernando Alonso, a Vettel or a Hamilton would have done with similar machinery. In theory then, the Sauber-Hulkenberg relationship – significant given the team’s long-time connections with Ferrari – could prove the season’s dark horse. 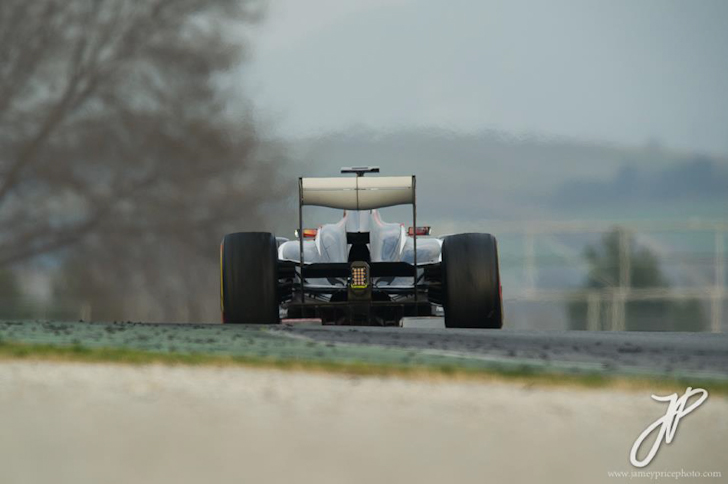 The new C32 – now under the auspices of Monisha Kaltenborn, the first female team manager in F1 history after team founder Peter Sauber stepped down from the role last summer – has demonstrated good speed in winter testing. The new car boasts aggressively designed sidepods and a heavily tweaked (and much lighter) chassis, as well as new brakes some front wing developments due later in the year, though the team partially maintains the stepped nose design from 2012. A good starting block then for new recruit Esteban Gutiérrez then (yes, a Mexican replacing a Mexican has mysteriously discouraged Telefonos de Mexico and Jose Cuervo from pulling their support), who will be hoping to shake off the pay driver label with some solid opening performances: the GP2 race winner and 2010 GP3 champion need only remember that a similar position for Perez two years ago didn’t seem to work out too badly in the long run. 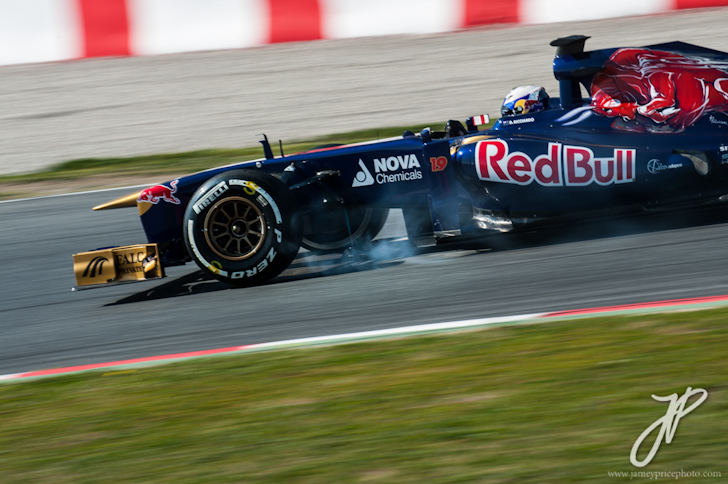 The gauntlet has been comprehensively thrown down between Jean-Eric Vergne and Daniel Ricciardo. There was perhaps no surprises that Ricciardo, with a whole eleven grand prix-worth more experience under his belt with the now defunct HRT team, proved the more consistent runner between the two. Indeed, more often than not it was the Frenchman who found himself on the bench after Q1 alongside the three tail-end teams. Perhaps more importantly though, points-paying drives at Spa-Francorchamps, Korea, Brazil and Malaysia ironically saw Vergne finish the season ahead of Ricciardo, and he will almost certainly be looking to repeat that in 2013.

Stumbling out of the midfield may be tricky, for although the former Minardi outfit shares company Red Bull’s logos on its newly tweaked sidepods, all development is now done in-house: a newly liveried RB7, with which Red Bull waltzed to the 2011 title, won’t be rolling out of Faenza anytime soon. 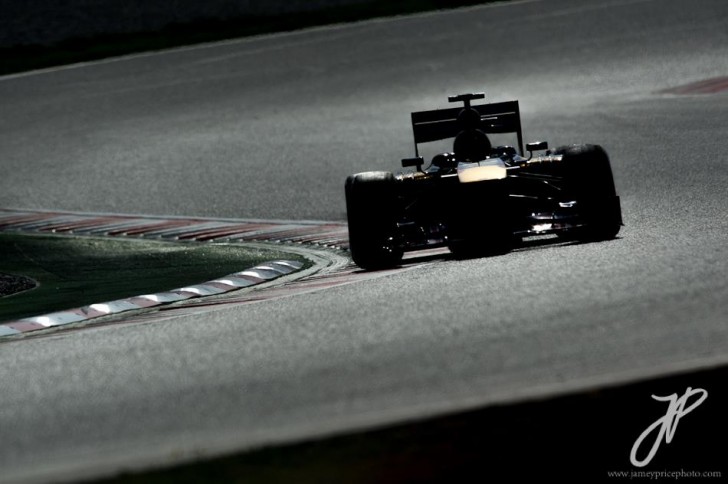 Saying that, the new STR6 has received a few knowing nods up and down the paddock, courtesy of revised aerodynamics and suspension, solid running in pre-season testing and input from former-Sauber technical director James Key. For Toro Rosso, 2013 will all be about solid points and staving off advances from rivals Williams, Force India and Sauber.

For Ricciardo, his eyes will be on the seat of the other well-known Aussie in the field, and “blowing apart” his teammate in 2013 (his own words). It seems performances like four points-paying finishes in the final seven grand prix may just have been the start of things to come. 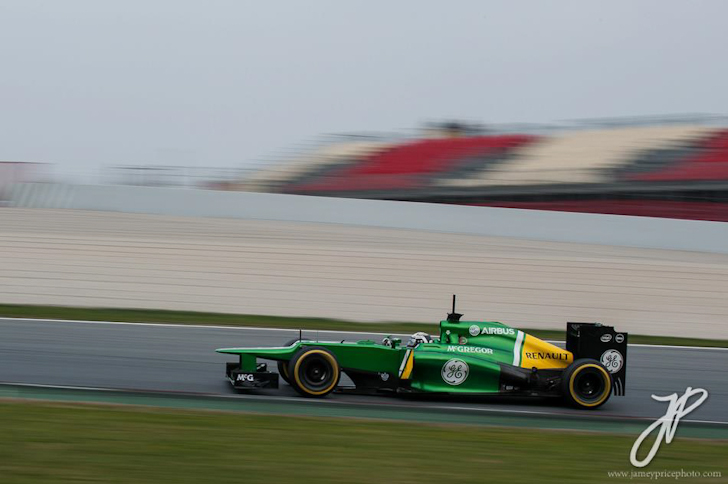 One season under a new name doesn’t appear to have done the former ‘Lotus’ outfit (we won’t start that argument again) much good. The team finished pointless again in 2012, but at least managed to stave off minor advances from Marussia and HRT to finish as best of the bottom three. For 2013, repeating this feat may prove yet more difficult. The team’s new CT03 is an evolution of the preceding CT01 (the team having skipped over CT02 rather than sharing the name with one of the company’s road cars), aside from major changes to the differential, engine cover and exhausts. Limited testing means the car’s performance is still a little in the dark.

Furthermore, much as Timo Glock’s absence from the Marussia line-up will hurt the team in due course, Heikki Kovalainen’s absence from Caterham will hit just as hard. The Finn, the 100th different Grand Prix winner in F1 history and habitually the strongest runner of the new teams, is off to pastures new, while Vitaly Petrov’s rubles have run out too. 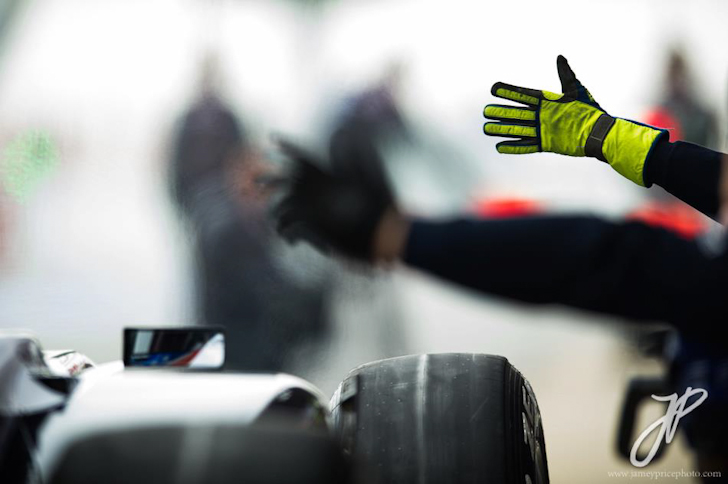 Into the breach step Charles Pic and Giedo van der Garde. Former Marussia pilot Pic has one year of grand grix racing under his belt, and while on occasion he ran his more illustrious teammate close last year – and won more than a few plaudits with a good run in Brazil – one wonders whether he’s ready for the team leader role just yet. Van der Garde meanwhile brings with him a year of experience under the Catherham GP2 banner and some handy Friday practice session runs. Finishing in front of the Marussias will be all that’s expected.

It’s been a long, long winter break, but Formula 1 is back for 2013. Next stop, Melbourne!