Ford Mustang Mach 1 returning to the US 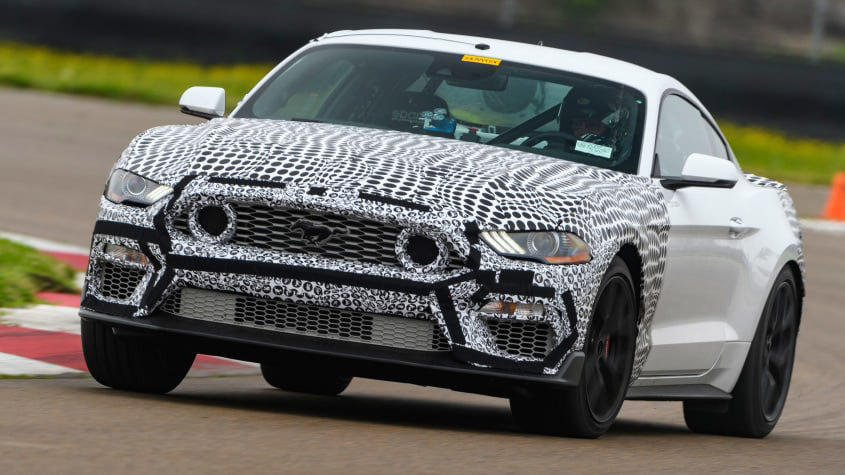 Ford has previewed its next Mustang derivative to feature the famous Mach nameplate, but this time it’s steering away from the Mach-E’s electric SUV form and sticking resolutely to its more traditional guns. The new Mustang Coupe variant will be called the Mach 1, and is a reboot of the iconic V8-powered Mach 1 of the late 1960s.

Designed to be the most track-capable version of the ‘standard’ Mustang, it will sit between the standard GT and Shelby GT350 in the North American range, matching the GT’s naturally aspirated 5-litre ‘Coyote’ V8 engine to a suite of chassis upgrades.

Specific details about its chassis upgrades remain vague at this point, but a likely upgrade includes revisions to the suspension, combining a firmer setup to improve body control on either a passive damper set or the clever magnetorheological found on the GT350. We can see a larger brake package though, dominated by a pair of red six-piston Brembo brake calipers gripping enlarged discs behind a set of new wheels. A clue as to how serious Ford is making this Mustang Mach 1 are the Michelin Cup 2 tyres on the prototype – that’s serious rubber for any roadcar.

The Mustang Mach 1’s new styling elements should help distinguish it from both the standard GT and Shelby GT350, its design derived from the standard GT’s and not the GT350’s lower, wider body. The Mach 1 will feature retro design touches, including what look to be two ring-LED daytime running lights integrated into the bespoke mesh grille and a redesigned bumper housing.

Along the leading edge of the bodywork the whole way around is a more aggressive splitter, skirt and diffuser combination, finished off at the rear by a stacked rear spoiler with a subtle gurney flap sat at its trailing edge. Upgrades to the seats, belts and trim inside will likely accompany the exterior changes. 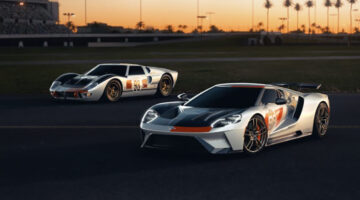 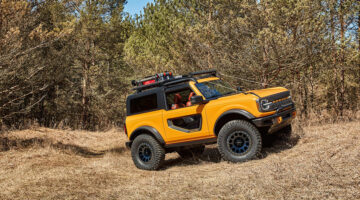