Qatar’s Nasser Saleh Al-Attiyah and Italian co-driver Giovanni Bernacchini emerged triumphant after one of the closest battles in the history of the Qatar International Rally, the traditional opening round of the FIA Middle East Rally Championship, which finished in Doha on Saturday afternoon.

Driving his Autotek-run Ford Fiesta RRC, the Qatari was made to work harder than ever before for his record-breaking 10th Qatar International Rally victory and his 46th career MERC win.

Abu Dhabi’s Sheikh Khalid Al-Qassimi (Citroën DS3) and British navigator Scott Martin pushed him all the way until they suffered a flat tyre on the 10th stage. The Qatari then pushed home his advantage over the closing kilometres to seal victory by the margin of 55.7 seconds and a maximum points’ haul at the start of a new season of Middle East rallying.

“All credit to Khalid for the way he drove this week but it is fantastic for me to win,” said Al-Attiyah. “Winning in Qatar is always a special feeling and to take my 10th win here is superb.”

Sheikh Abdullah Al-Qassimi set consistent stage times during the course of the two days and reached the finish in fifth position with British co-driver Steve Lancaster.

Reinstated through the Super Rally ruling after his first day woes, Saudi Arabia’s Yazeed Al-Rajhi began the day in seventh overall and climbed to an eventual sixth position.

Six of the original 18 entrants used Super Rally to restart the final day alongside 11 survivors and six different special stages were used. A lack of spare parts for his Ford Fiesta forced Jordan’s Ala’a Rasheed to call it a day.

Al-Rajhi had retired from first position on the third stage on Friday but the convenient ruling enabled the Saudi to slot into seventh overall and fifth on the road, albeit 19min 43sec behind leader Al-Qassimi.

The Emirati had been handed a 2.2-second overnight lead when a seven second stage timing card discrepancy was amended at rally headquarters late on Friday evening. That meant that the Abu Dhabi driver opened proceedings through the first 26km stage and carried out ‘stage cleaning’. It was hardly what he needed if he was to beat the nine-time Qatar Rally winner.

Al-Attiyah was not to be denied and the fastest time turned the tables around and gave the Qatari a lead of 4.1 seconds. Al-Kuwari and Al-Suwaidi consolidated their third and fourth places, but Al-Rajhi was only fourth quickest and still climbed a place in the rankings when Group N leader Abdullah Al-Kuwari lost four minutes.

It was a disappointing start to the day for the Abu Dhabi Racing duo of Majid Al-Shamsi and rookie Mohamed Al-Mutawaa; Al-Shamsi had reported technical issues and Al-Mutawaa rolled on his MERC debut.

Al-Attiyah was now on full song and he pressed home his advantage through Mekaines 1 and extended his lead to 16.9 seconds heading to the refuelling point and the first run through the Salwa stage. But the Emirati hit back and the fastest time trimmed Al-Attiyah’s advantage to 15.2 seconds before the main service of the day at Qatar Aqua Park.

Al-Qassimi punctured and was 14 seconds slower the second time through the QMMF stage. Al-Attiyah virtually ensured the rally win by extending his lead to 49.9 seconds with a stunning stage performance. Abdullah Al-Kuwari lost further time with tyre issues and slipped into the clutches of Bader Al-Jabri in the battle for Group N supremacy heading into the final two stages.

Al-Attiyah extended his advantage to 56.8 seconds through the penultimate stage and headed to the final run through Salwa in a comfortable position. He made no mistake over the remaining 20.25km and confirmed a 10th home rally win in 11 years. Jordan’s Zaid Dahshan failed to start the 11th stage, but 14 cars made it to the finish from the original 18 starters.

The next round of the regional series will take place in Kuwait in March. 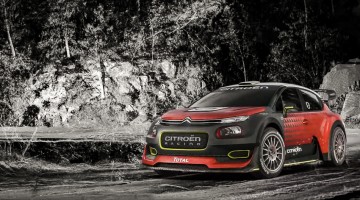