FIA GT Series. Round 3, Zandvoort. Merc gets on the board

The HTP Gravity Charouz pairing of Maximilian Buhk and Alon Day secure Mercedes’ its first FIA GT Series win of the year, having chased the Belgian Club WRT Audis hard the day before. 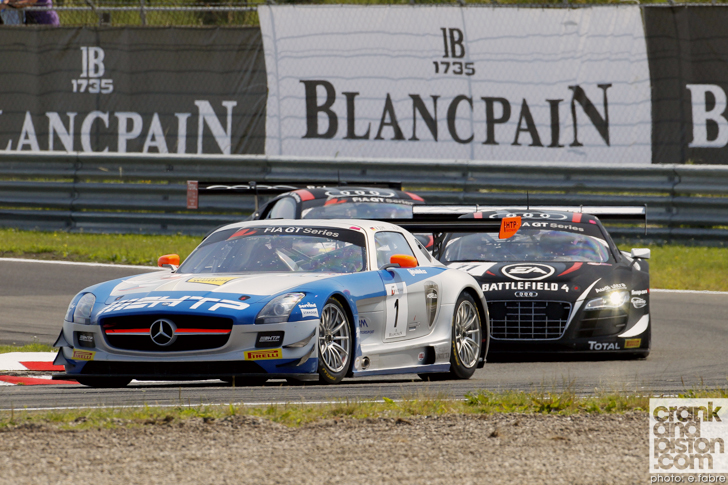 In what had looked to be an Audi free for all early on in proceedings, Mercedes – and more specifically the HTP Gravity Charouz Mercedes-Benz SLS AMG GT3 of Maximilian Buhk and Alon Day – were out to prove them wrong. Indeed, come Sunday, the pair dominated proceedings to score both Mercedes first victory of the 2013 FIA GT Series season and the Gravity Charouz squad’s inaugural series victory. The die had been cast earlier in the weekend though.

Despite missing out on pole position at Zandvoort, the Buhk/Day SLS had shown its colours early in free practice, a point further proven when – having only just escaped contact amongst the frontrunners into turn one – the Merc was hot on Audi’s heels. 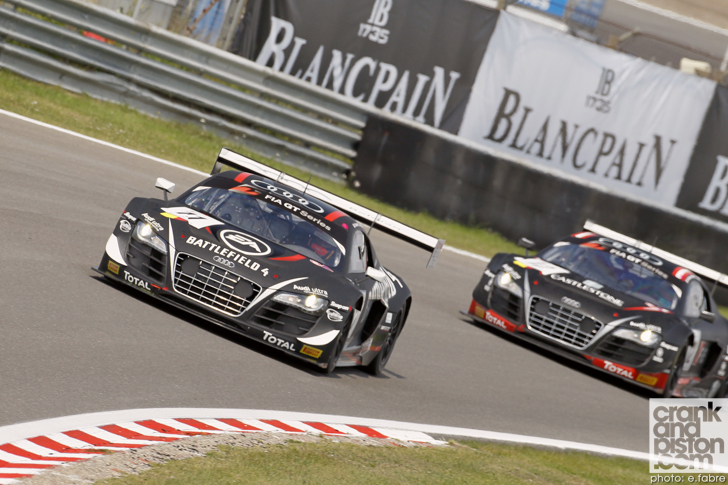 Up front, Zolder Qualifying Race winners Laurens Vanthoor and Stephane Ortelli in the Belgian Club Audi entry led proceedings ahead of fellow R8 LMS Ultra runners Rene Rast and Niki Mayr-Melnhof, the crews playing the four-ring team game nicely by swapping positions on-track early on to avoid holding each other up. One round of pit stops in the bag and the lead changed back, Ortelli moving to the front ahead of Rast, and Edward Sandstrom and Frank Stippler in the third WRT R8. Now in fourth, Day began his charge.

Having quickly demoted Sandstrom to fourth, the chase was on to nail the lead Audi duo ahead. In a nail biter, the  tracked the Rast/Mayr-Melnhof machine for lap after lap before finally slamming the Merc into second with just three laps left to run. Ortelli was home and dry, but Buhk and Day had got the ball rolling: one that would secure them victory the following day. Pipped to third by Melnhof and Rast, the Sandstrom/Stippler Audi would take third in the Championship Race just behind Ortelli and Vanthoor. A good weekend’s work for the championship leaders. 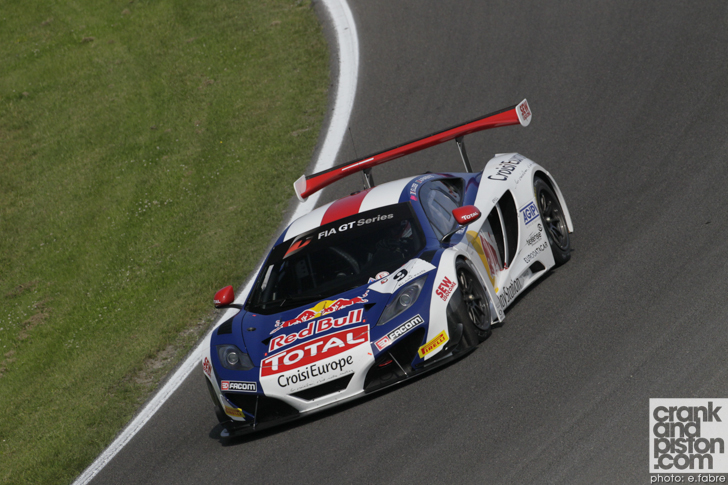 Sebastien Loeb Racing must be wondering when they can catch a break. Having endured a difficult race weekend in Zolder, fresh from their successful first showing at Nogaro, Alvaro Parente suggested the worst was behind them when he set pole position aboard the team’s lead McLaren 12C GT3. The old adage ‘three into one’ though bit the Portuguese driver hard as the McLaren went side-by-side into the first corner with Vanthoor and the second HTP Gravity Charouz Mercedes of Andreas Simonsen. Heavy damage to the front end meant the #9 McLaren was out on the spot. Technical gremlins later robbed Loeb and Parente of a top ten spot in the Championship Race within sight of the flag, a recalcitrant gearbox for teammate Andrea Zuber and Mike Parisy leaving both Loeb machines propping up the order. 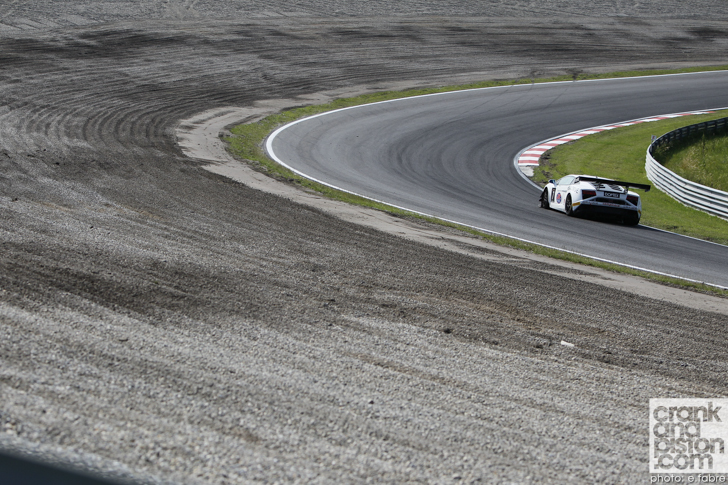 One notable absence from the weekend was Zolder Championship Race winners Reiter Engineering Lamborghini LP560-4 of Peter Kox and Stefan Rosina. Following the death of Italian gentleman driver Andrea Mame at Paul Ricard, Reiter elected not to participate at Zandvoort.