LaFerrari pace and tech for a third of the price 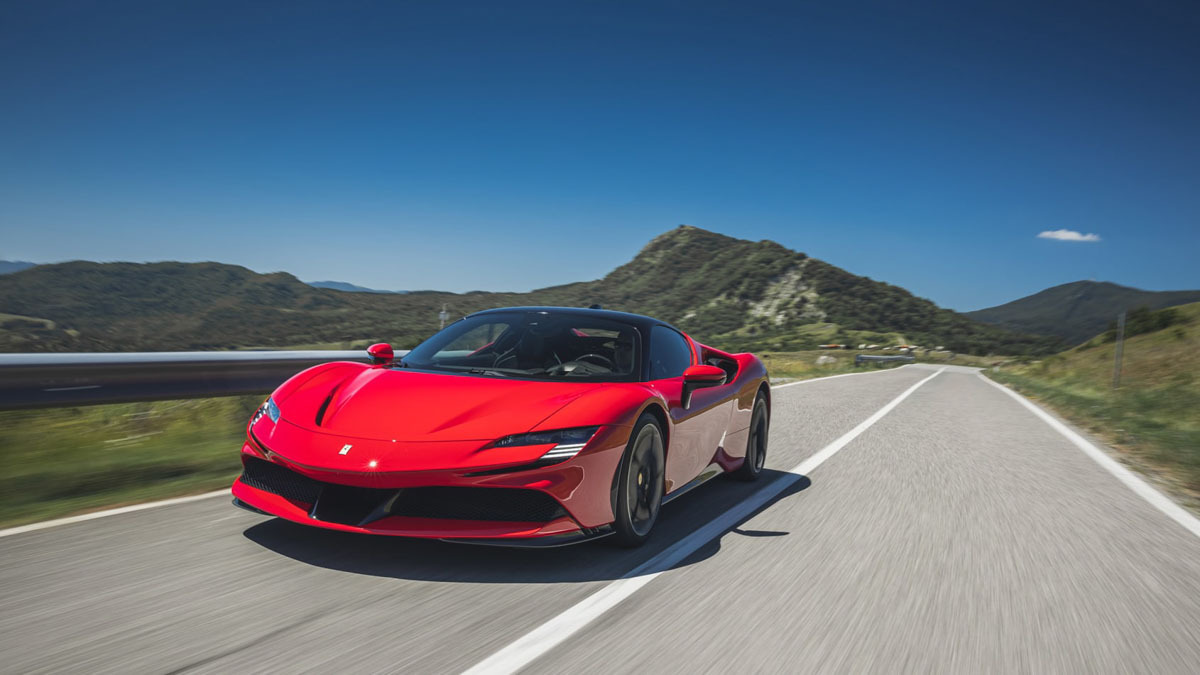 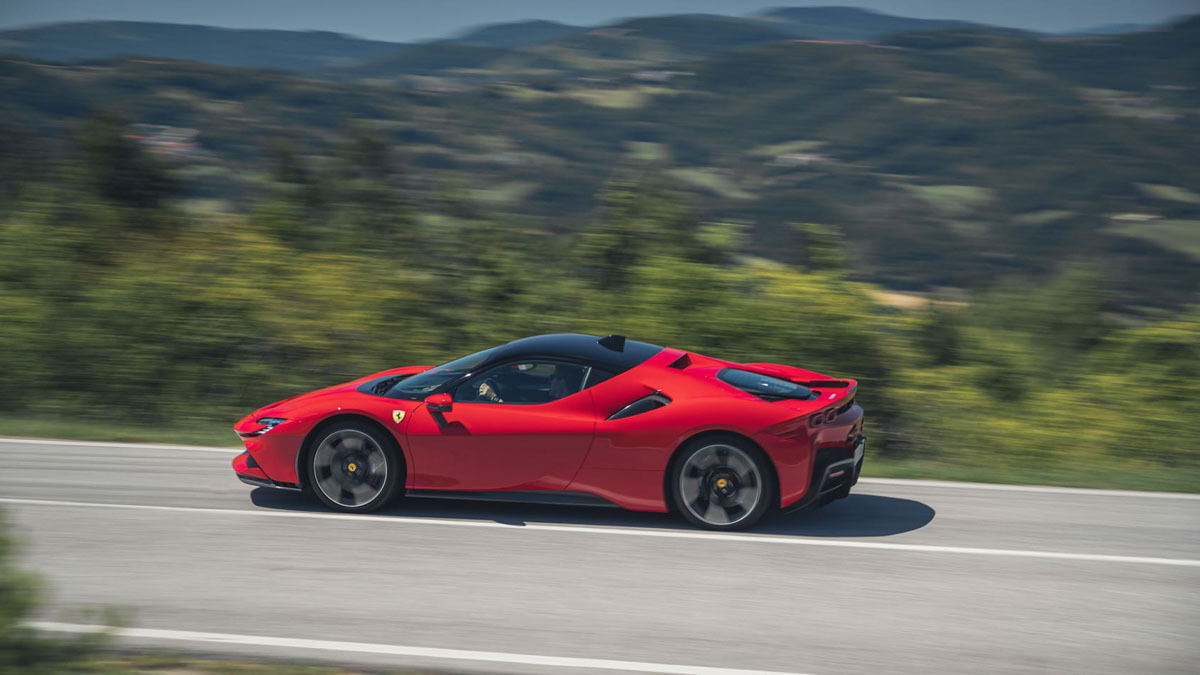 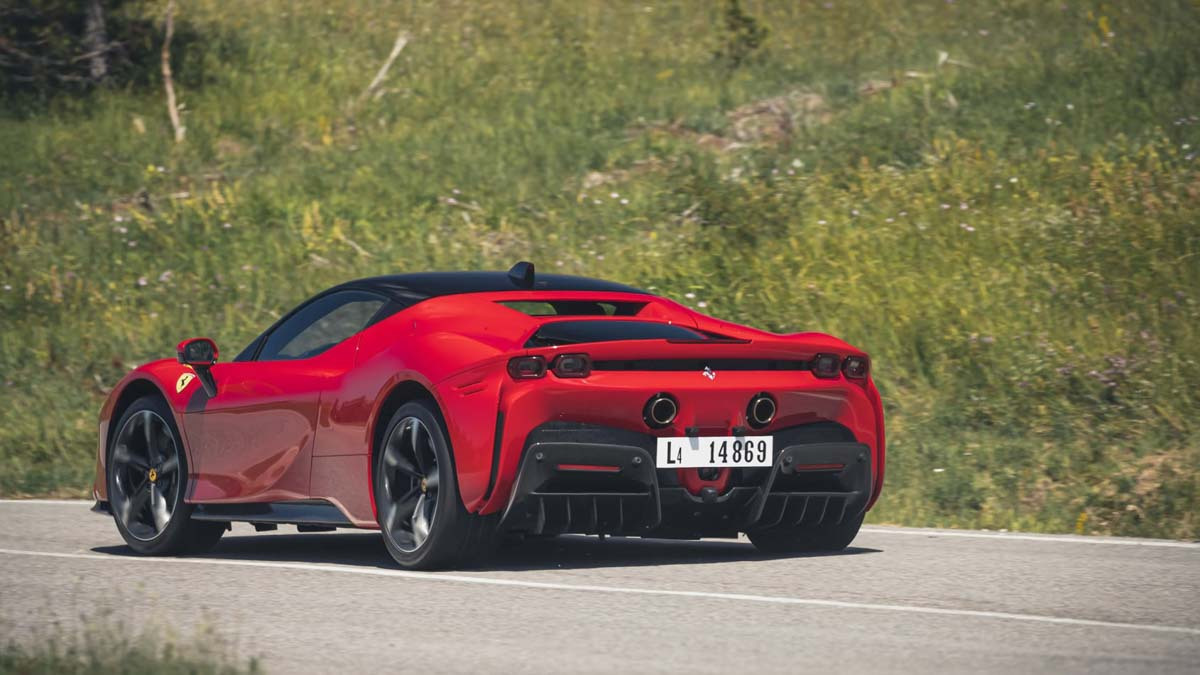 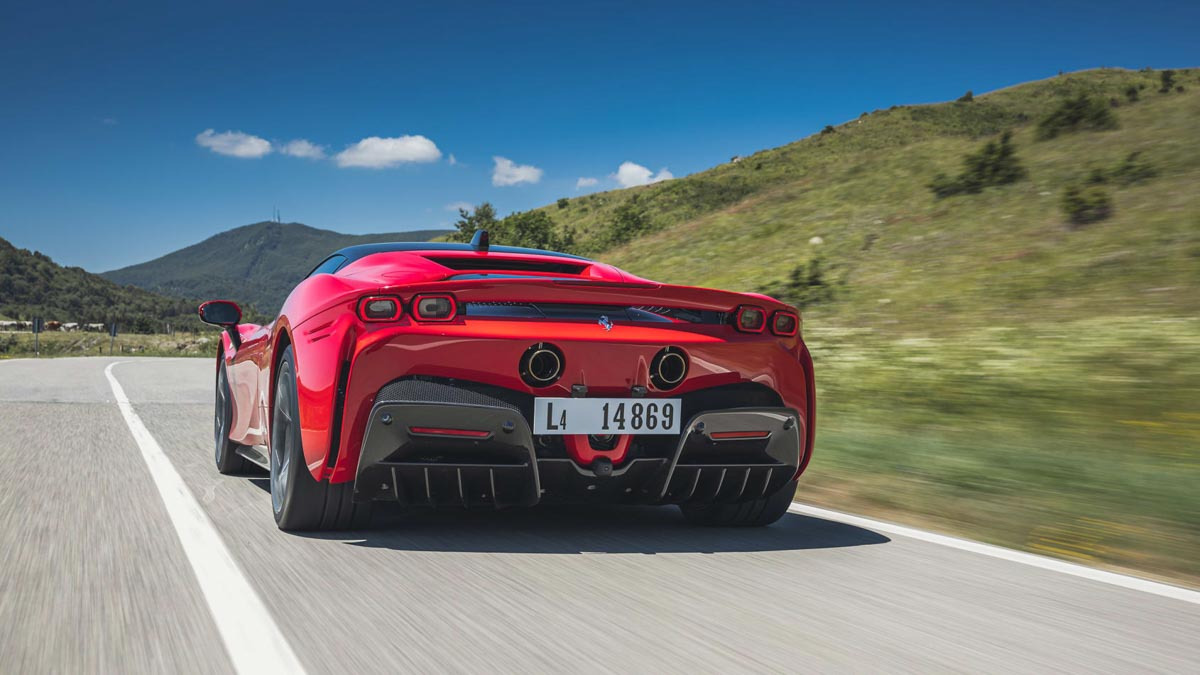 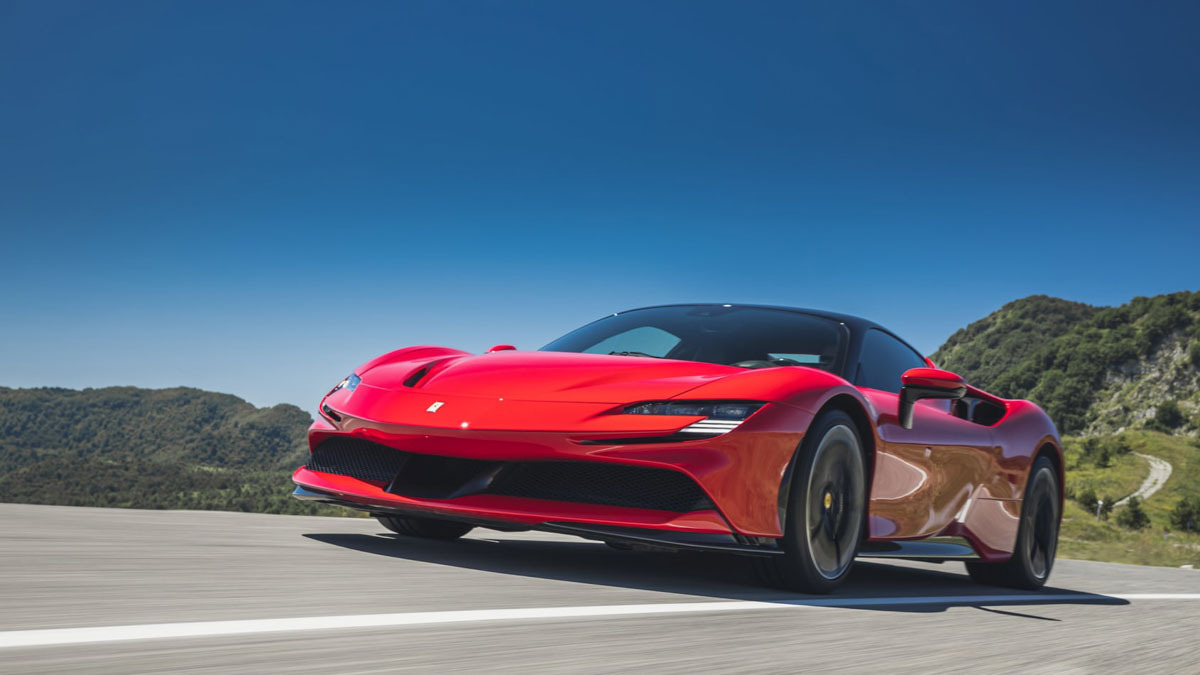 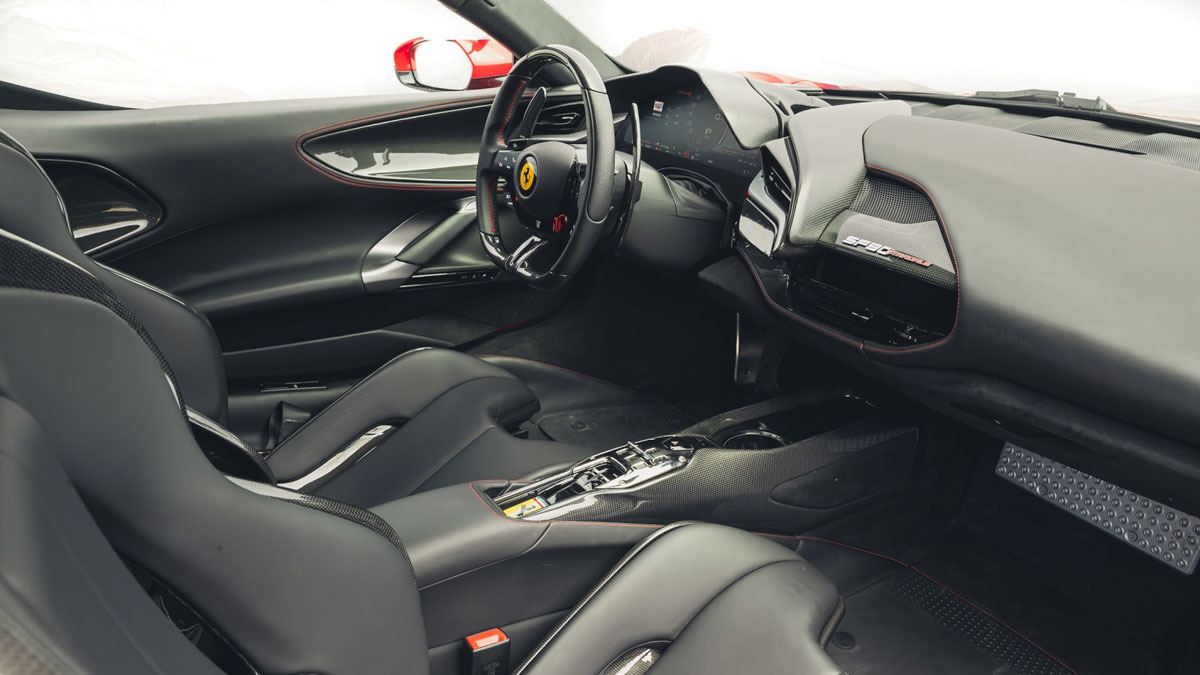 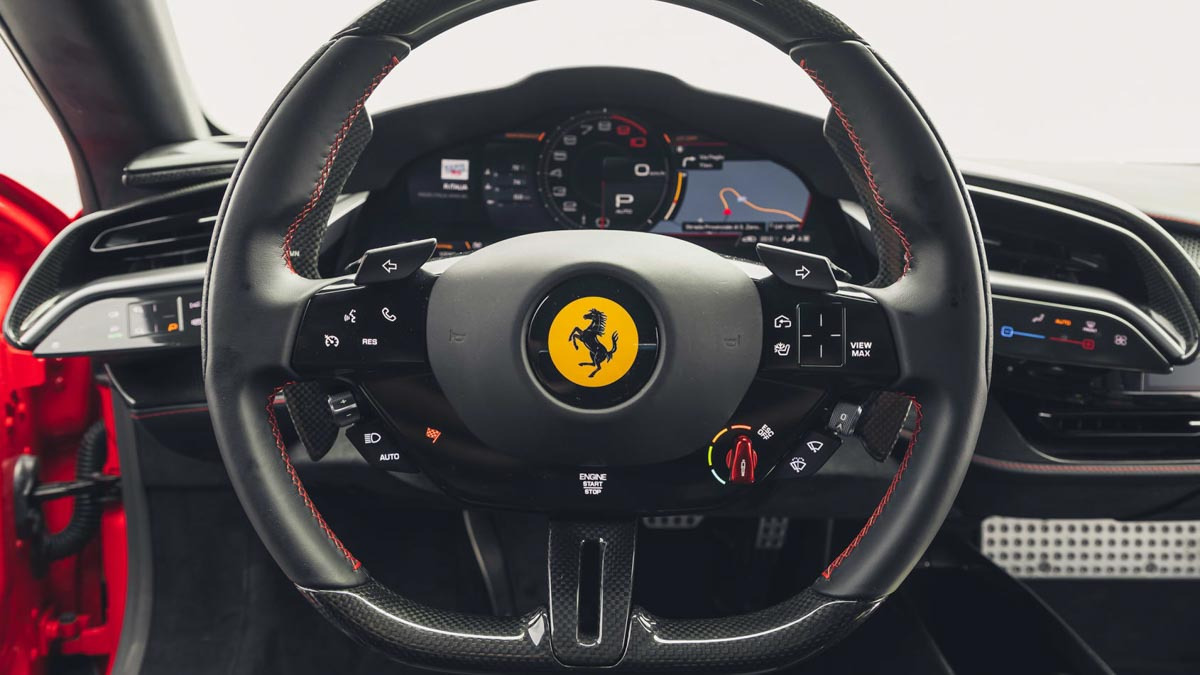 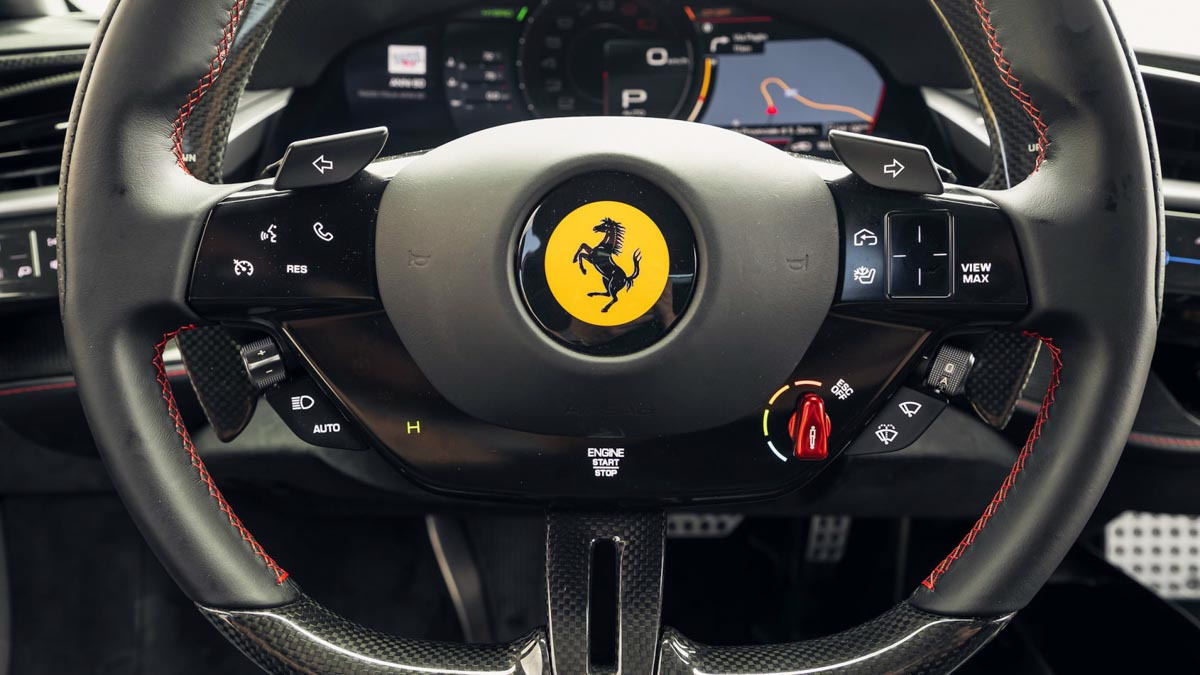 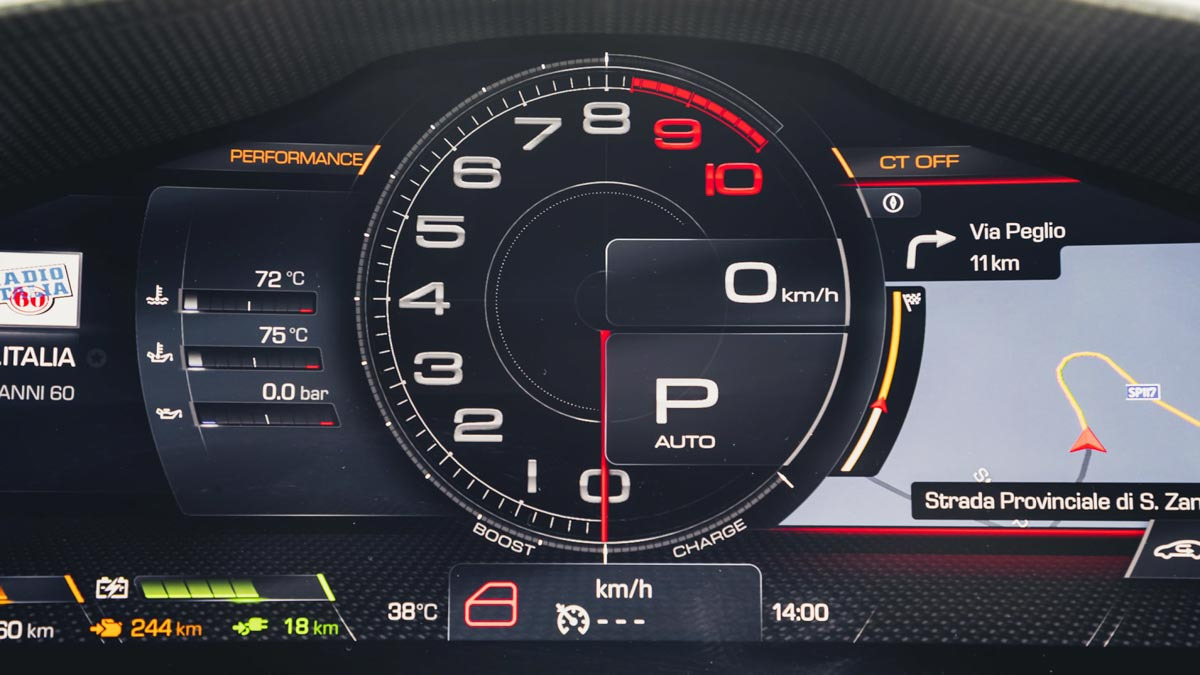 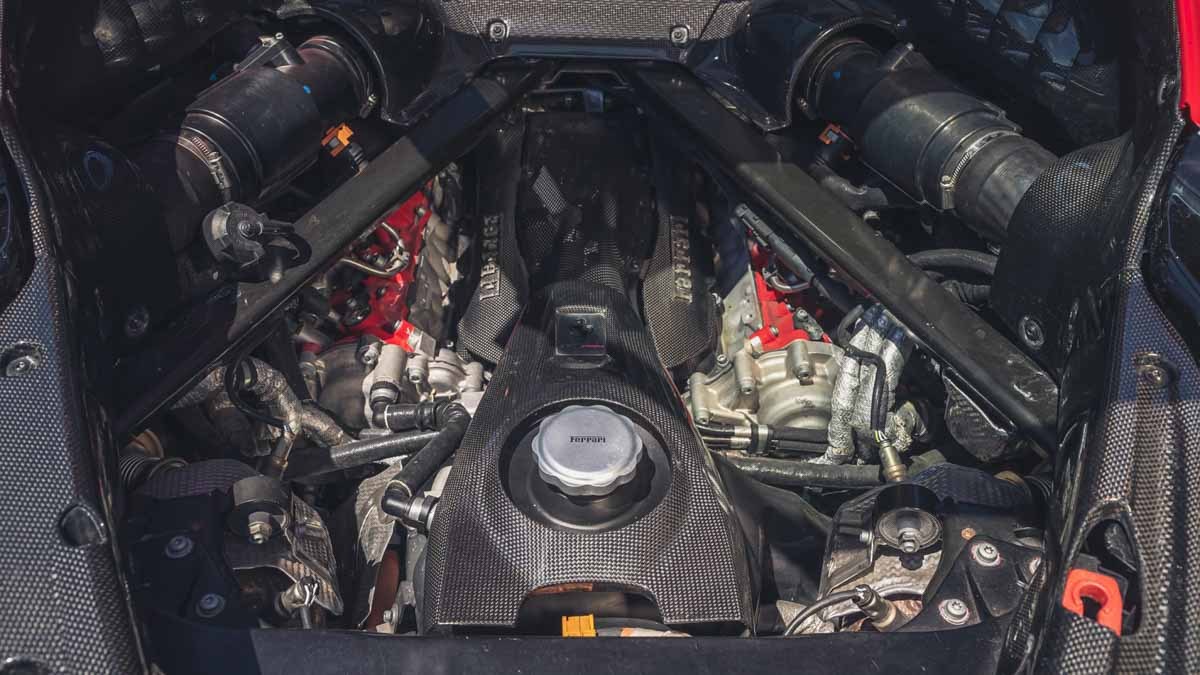 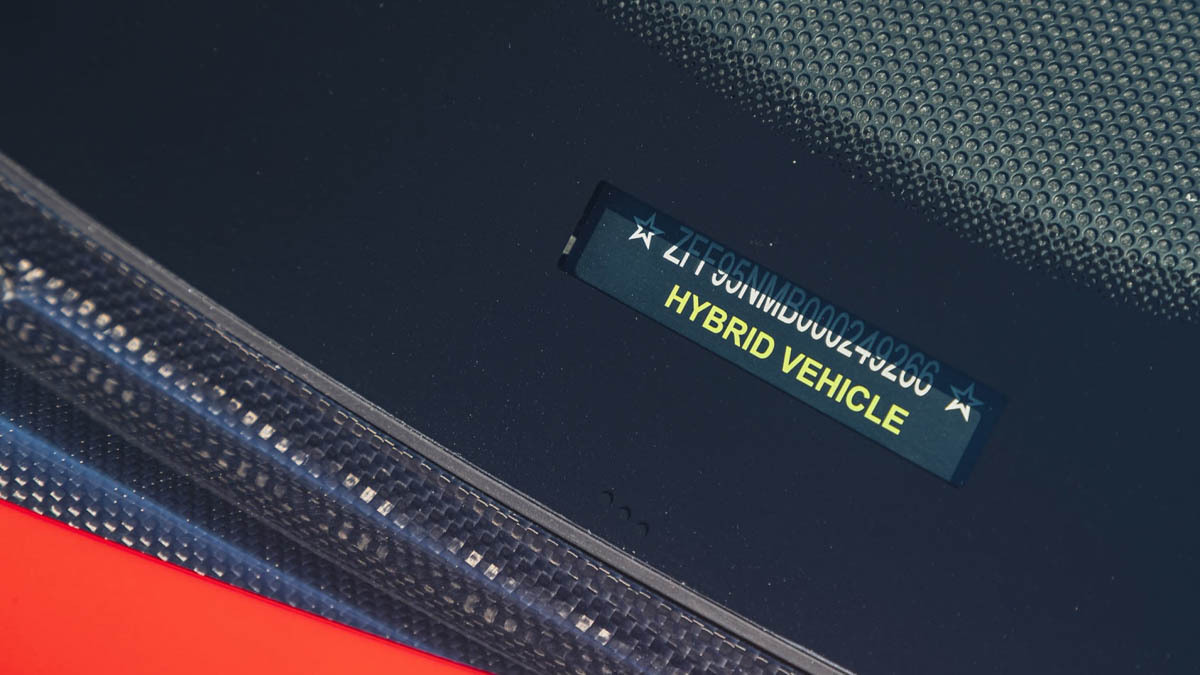 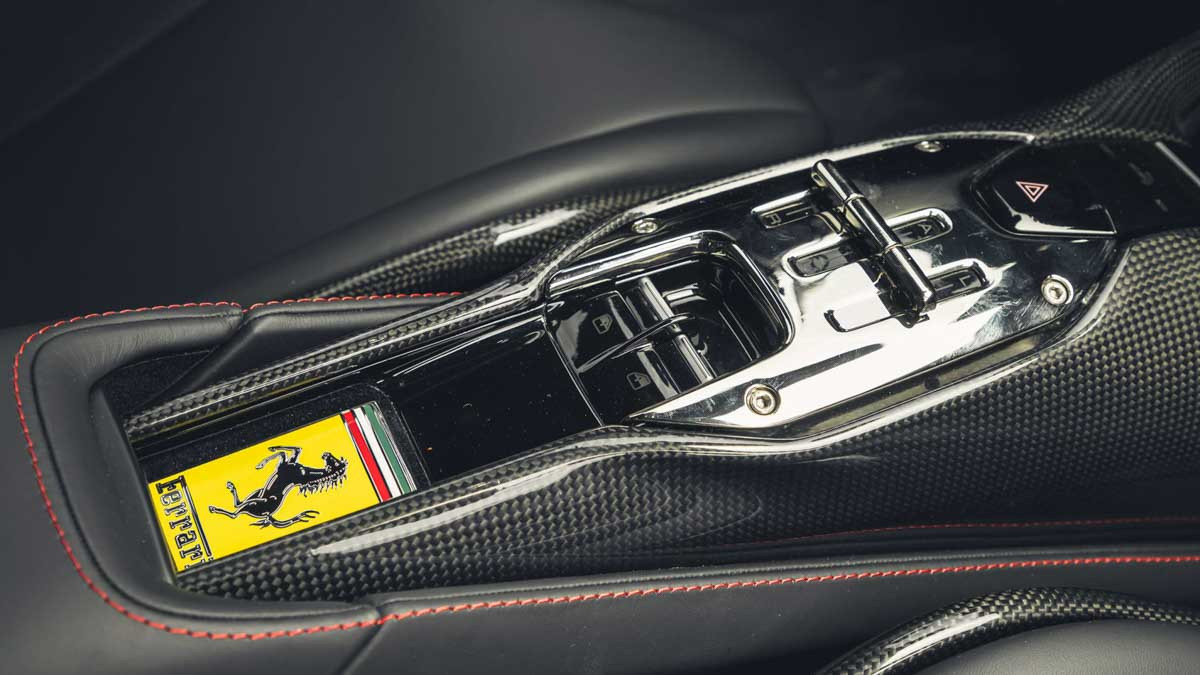 Such is its potency and advanced technology it’s hard to believe the SF90 Stradale is a series production car. With its introduction the supercar arms race enters a blistering new phase, in which a showroom-spec supercar boasts hypercar performance.

It’s testament to Ferrari’s commercial acumen and engineering advantage that Maranello’s new flagship has stolen such a march on its rivals. And, of course, it marks a return to a mid-engined Ferrari range-topper; something last seen with the F512M almost 25 years ago.

By comprehensively re-engineering the award-winning 3.9-litre twin-turbocharged V8, the SF90’s petrol engine has been bored to increase capacity to four litres. It’s significantly lower, too, thanks to radically altered intake and exhaust systems. A narrower cylinder head design features a new high-pressure direct injection system which improves combustion and efficiency, while the turbos employ electronically controlled wastegates to improve emissions.

A smaller flywheel helps the engine to sit 15mm lower in the chassis, while a new eight-speed evolution of the F1 dual-clutch transmission can cope with more torque. Designed without a reverse gear, it is 10kg lighter than the F8 Tributo’s seven-speed ’box and shifts 100ms (or 30 per cent) faster than the 488 Pista can.

In addition to its V8 petrol engine, Ferrari’s first plug-in hybrid features three electric motors powered by an 8kWh lithium-ion battery. Producing a peak of 217bhp, this brings the SF90’s combined power output to 987bhp. With one motor driving each front wheel and a third motor sandwiched between the V8 and the transmission driving the rear axle, the SF90 divides drive according to powertrain setting. In eDrive mode it is propelled by the front wheels only. In Hybrid mode the electrically driven front axle works in conjunction with the petrol-electric rear axle. Then, above 217kph the front axle decouples, with all the battery power sent to the third motor, powering the rear axle only.

To blend, balance and control the combined effect of the conventional Brembo carbon disc brakes and the regenerative braking effect from the electric motors, Ferrari has developed a brake-by-wire system. These are notoriously difficult to perfect, but Ferrari has got closer than anyone to doing so. Only at low speed is there a significant disparity between pedal pressure and braking response. At higher speeds, including flat-out on track, the braking system is exceptional.

As you’d expect, a car named after the illustrious Scuderia Ferrari F1 team features extensive aerodynamics, the SF90’s smooth shape punctuated by numerous intakes, vents and heavily sculpted surfaces, which channel cooling air to where it’s needed, extracting hot air from where it’s not and guiding the rest over and beneath the car to minimise drag and maximise downforce. A highlight is the so-called ‘Shut-off Gurney’, an active aerodynamic surface that opens and closes automatically in order to generate maximum downforce when required. Even the wheels have been designed with aerodynamics in mind, the rims featuring wing profiles between the spokes that act as rotors, generating additional downforce by sucking more air across the front diffusers and extracting air from the wheelarches.

The SF90’s chassis is largely constructed from aluminium, with certain key areas – such as the rear bulkhead – employing carbonfibre to add strength and reduce weight. Hollow castings have also been developed, again to save weight, with new alloys used to increase stiffness and improve NVH. The gains are considerable: 20 per cent improvement in bending stiffness and 40 per cent higher torsional rigidity.

Inside, a 16-inch curved-screen display dominates the instrument binnacle and forms the centrepiece of Ferrari’s all-new, all-digital HMI, or Human-Machine Interface, controlled entirely from the steering wheel, which features a small – and, we have to say, somewhat tricky – control pad on the right-hand spoke for navigating the various infotainment menus. There are also two manettinos – one for the SF90’s dynamic modes, another to select powertrain modes.

We might as well say this now: in terms of readily accessible point-to-point pace, the SF90 takes things to a new level of excess. Such is the fidelity of its dynamic systems, the immediacy and quantity of power and torque on-tap, not to mention the levels of grip, traction and braking, the SF90 allows drivers of even moderate skill the opportunity to enjoy the full force of almost 1000bhp.

In the more senior of its dynamic modes – that’s to say CT Off and ESC Off – it requires considerably more in the way of skill and self-control. Yet still it summons such devastating speed you can only extend it for a few handfuls of seconds before you’re travelling at velocities that would almost certainly result in your incarceration. While it’s a magnificent achievement making this much performance so exploitable, it sees the SF90 continue along the automotive industry’s questionable arc. One that places an emphasis on power and speed, despite the wider world finding fast cars less and less palatable.

This said, if you can accept you will only rarely dip into the upper reaches of its performance then there’s still much to admire about the SF90. It steers with surgical precision and handles incredibly well. And the driver aids are so finely tuned that you can lean on them with absolute trust, or, if you have the skill and confidence, feel the machine move around beneath you. Despite the Stradale name, it also shines on track. Given it weighs 1570kg dry (with lightweight options) – which equates to a real-world kerb weight of close to 1700kg – that’s quite some achievement.

The hybrid tech boosts the SF90‘s performance and green credentials, but the electric motors, battery and associated cabling etc., weigh 270kg. So, despite plenty of weight savings elsewhere in the car, the SF90 is 240kg heavier than the F8 Tributo. Impressive though it is to have a near-1000bhp supercar that can also drive in near silence on battery power alone, that’s a hefty penalty to pay. Especially when it ultimately leaves you with a huge surplus of unuseable performance on the road.

Inevitably you’re left to wonder what an SF90 would be like shorn of its hybrid hardware and powered instead by an evolution of the 812 Superfast’s naturally aspirated 789bhp V12. Yes, this is missing the point somewhat – especially as it would still be too fast! – but there’s little doubt such a car would offer a more visceral and emotionally charged driving experience. As it stands, the SF90 Stradale is an extraordinary driving machine, but one which leaves you questioning whether the application of such mind-blowing technology is taking us further from where we really want to be.

Unless you’re prepared to compare apples to oranges, the SF90 Stradale has no direct or obvious rivals. At $497,000 it is significantly more expensive than any other series production supercar, yet it boasts the power and performance of $1m+ hypercars such as the LaFerrari, McLaren P1 or Porsche 918 Spyder. That its technology and sophistication makes these once cutting-edge and strictly limited-edition machines look outmoded speaks volumes for the pace of development, not to mention Ferrari’s commitment to building the world’s most advanced series production supercars. Rival hybrid supercars are on the horizon, but in creating this new sub-genre the SF90 has set a very high bar indeed. 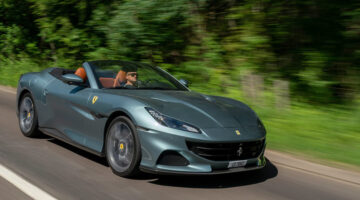 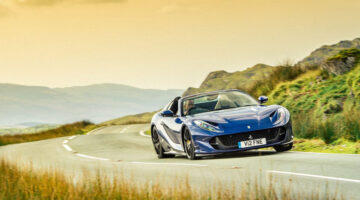