crankandpiston grabs a few words with the head of Ferrari’s Corse Clienti Antonello Coletta at the Yas Marina Circuit in Abu Dhabi, UAE, to discuss Ferrari Challenge orgins and future, the significance of the Corse Clienti in the Middle East, and why a single-make series in Australia would not be affected by Ford and Holden loyalty. 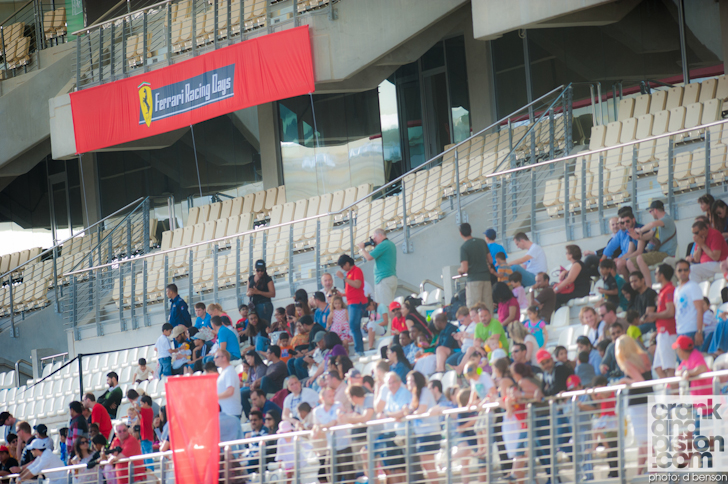 Scarlet flags and prancing horse-emblazoned polo shirts aplenty in the grandstands at Yas Marina told us was that the inaugural Ferrari Racing Days had not disappointed the Middle East tifosi.

Indeed, an enthralling display of Ferrari FXX and 599XX weapons at full pelt had been followed swiftly the collection of V8 and V10 Formula 1 machines from the 2000s thundering round as part of the F1 Clienti. To cap it all off, round one of the Ferrari Challenge Asia-Pacific marked the series first sojourn into the Middle East and offered spectators a close look at some rather special 458 Challenge machinery.

One man in particular who understood the importance of Ferrari Racing Days was the head of the Corse Clienti, Antonello Coletta. As crankandpiston found out when it managed to grab a few words with the highly experienced Ferrari resident, the display we’d all been mesmerised by was potentially just the beginning. 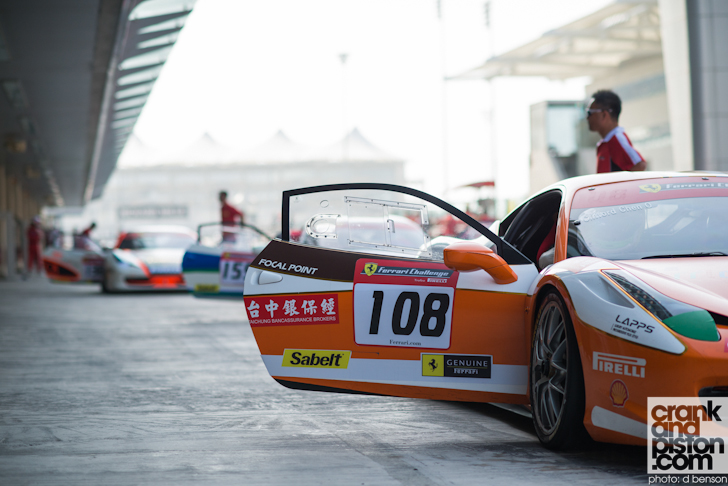 Antonello, we’ve seen an enormous impression made by the XX Programme and the F1 Clienti this weekend, the curtain closer is round one of the Ferrari Challenge Asia-Pacific, and they all form part of Ferrari’s Corse Clienti campaign. Why don’t you walk us through how it came about…

“Well the Corse Clienti, was born in 2002, and is a very young department at Ferrari. We already had the Ferrari Challenge, which started in 1993, and I was actually the Coordinator. In my mind, I supposed that our clients would be interested in more. So I asked Ferrari if there was anything else we could do for our clients. By then we had the Challenge based in Europe, one year later in 1994 we had the North America series, and in 2011 we moved to the Asia-Pacific.” 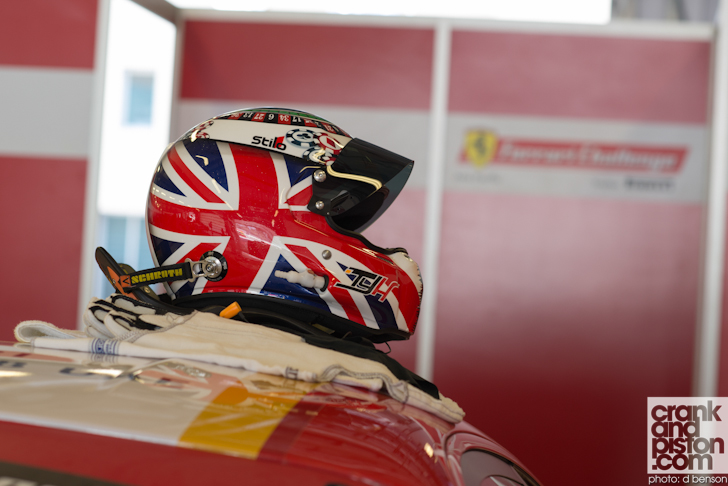 But on a non-competitive level, you wanted to provide something else for Ferrari clients…?

“Yes, absolutely. So we started the driving course at Fiorano. The course itself is broken down into four categories, from novice upwards, depending on how confident the clients are in the cars. The highest level, the fourth, is in the Challenge for those who want to race for the pleasure. After the driving course in Fiorano proved popular, we later had the opportunity to organise similar programmes in China, Japan, and the USA.”

Was it an important step to move the Ferrari influence outside Fiorano?

“We couldn’t just keep our activity in Italy, and it’s unreasonable to ask all of our clients around the world to keep coming back to Fiorano. Now, level-by-level, we are extending our reach. In the future, we also have the possibility to introduce something similar in the Middle East. That is my target in the near future.” 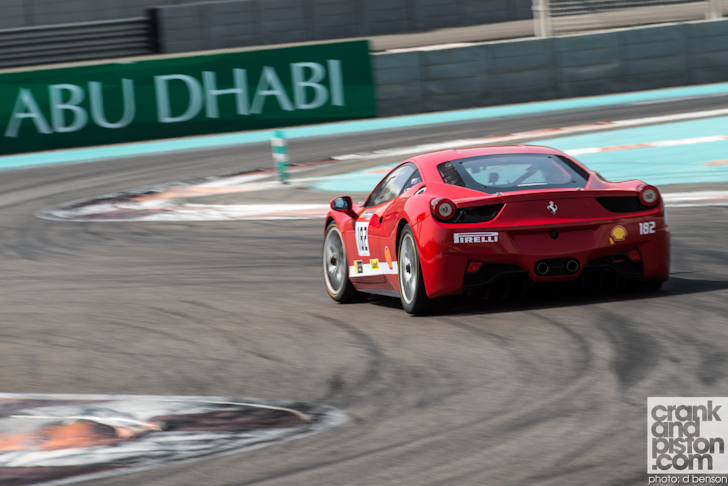 So, the client driver training side of things has been slowly developing over the past few years, and it’s a similar story with Ferrari’s GT racing programme, isn’t it…

“Oh Ferrari is incredibly active on the GT scene. In 2006, we started with our GT programme with the 430 GT2, and since then we’ve competed successfully with the 458 GT2 and GT3. For us, it’s the best activity because we have great competition with manufacturers like Porsche and Aston Martin. We’ve also won our last two Championships in GT2 with the 458” – and let’s not forget second place at this year’s Dubai 24 Hours – “with our drivers Jamie Melo and Giancarlo Fisichella. In 2012 Ferrari won the International GT Open [with AF Corse drivers Federico Leo and former-Minardi F1 driver Gianmaria Bruni taking GT2 honours, and Kessel Racing’s Daniel Zampieri and Michael Dalle Stelle leading the GT3 category] and the International GT Sprint [Andrea Palma taking GT2 victory with Black Team, and Ombra Racing’s Mario Cordoni sealing the GT3 title] and for us to repeat this. It’s very important.” 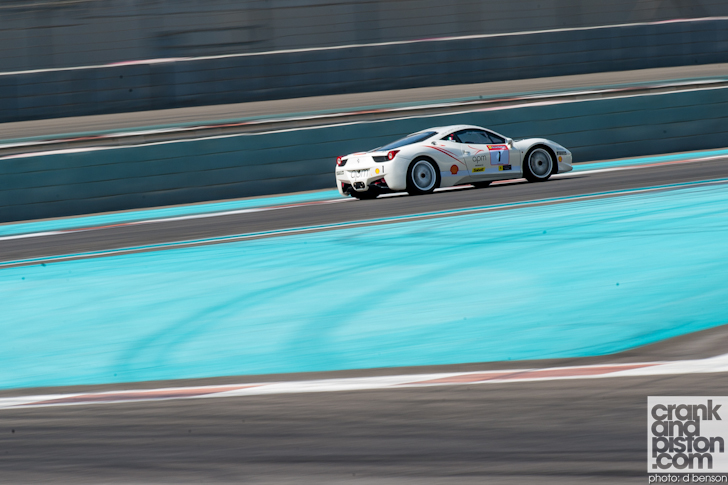 What is do you think that helps Ferrari achieve these kinds of results with the Corse Clienti?

I think maybe our competitors don’t have the possibility to make similar programmes. I prefer not to name names(!), but quite often we see one make series arrive and then disappear after a year or two. We’ve managed to sustain our GT racing series.”

Why do you think that is? You’ve said yourself that other manufacturers haven’t quite manage to maintain single-make series they’ve developed…

“Well Porsche has its own very successful championships around the world of course, but I do believe that the standard of Ferrari is at a very high level. The Ferrari Challenge is managed directly by our factory in Italy, and that means we are always in contact with our private teams and able to provide our support. So I think we have the possibility to have a World Championship: we have three Challenge series already.

“Plus our cars are the best, globally, and I think the 458 is one of the best cars you can buy for the road today. On the circuit, the speed, the laptimes and the ability of the car, I think it allows us to make a impression against our rival manufacturers. The competition is very high, but after 21 years the Ferrari Challenge is one of the most modelled championships in the world.”