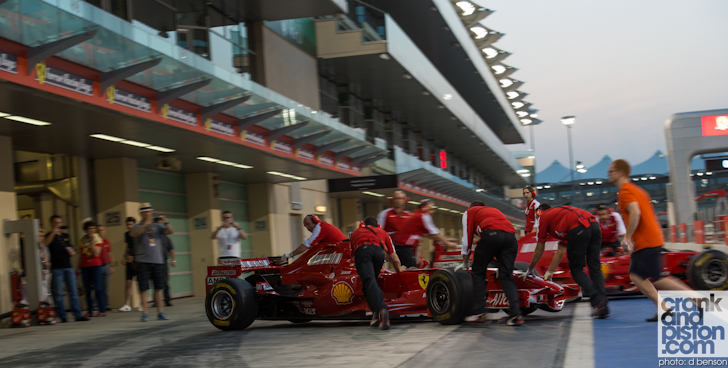 So far on our walk through the Ferrari Racing Days paddock we’ve learnt how the XX program – sorry, Club – came to be and why, and heard first-hand from former- Formula One driver (and current Ferrari test driver) Marc Gene just how it feels to muscle the brutish 599XX and FXX around Yas Marina.

Garage number 25 though holds something altogether more delicate. And expensive. I’m referring to the six-strong F1 Clienti fleet around which a crowd is starting to mingle and a lucky few are sitting in. 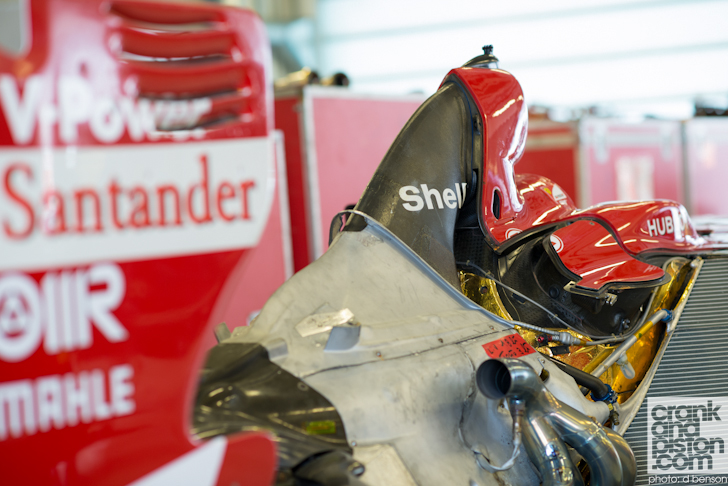 Contrary to wishful thinking, these are not 1970s/80s turbo bruisers: the oldest F1 Ferrari here dates back only a decade. The fleet though does offer an educated glimpse into the frankly staggering pace of F1 development: only four drivers will take the green flag at this year’s Australian Grand Prix who were also at the event ten years ago – namely Jenson Button, Kimi Raikkonen, Mark Webber and Fernando Alonso for the train spotters amongst you – and Kinetic Energy Recovery Systems (KERS), Drag Reduction Systems (DRS) and 1.6 turbo engines were but a figment of the forward thinking imagination. 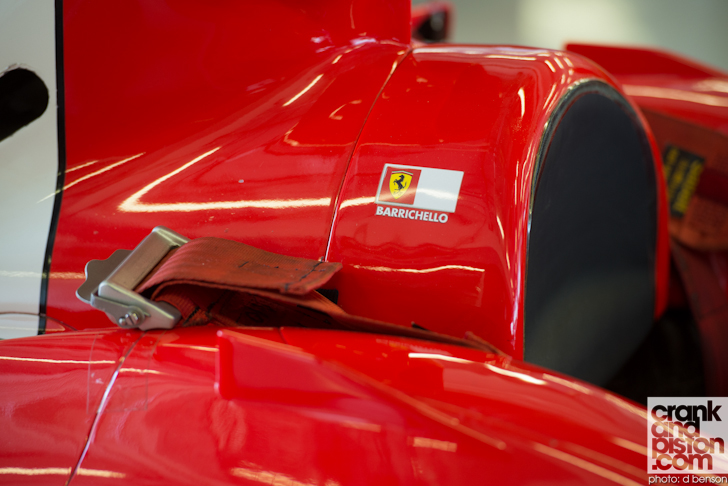 Still, the arsenal on display boasts a pretty impressive record. This #2 F2003 – chassis 233 – won the 2003 Japanese Grand Prix at the hands of Rubens Barrichello, one of only two races #232 competed in that season. The Brazilian’s countryman – and replacement – Felipe Massa would take 248F1 chassis 252 to victory in the 2006 at the Turkish Grand Prix, his maiden victory in Formula One. 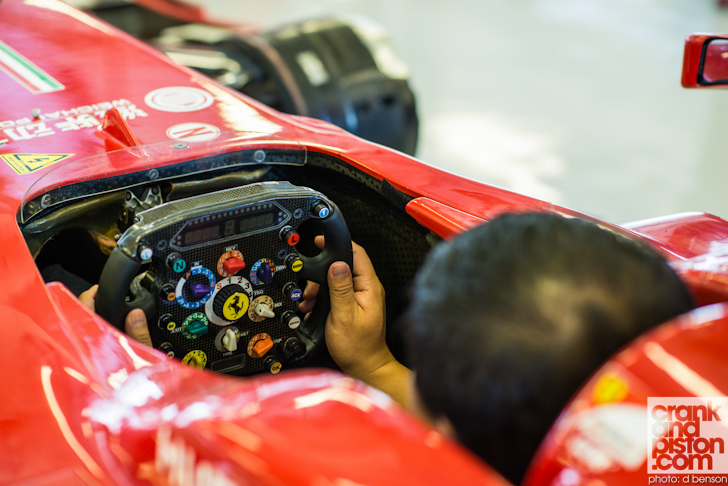 The remaining two F1 cars adorning #6 on their nosecones – chassis 259 and 261 – are both F2007 models. Before its F1 Clienti days, the latter was raced to victory at the season opening Australian Grand Prix in 2007 by Kimi Raikkonen, the first of six wins for the Finn in what would be his Championship-winning year. 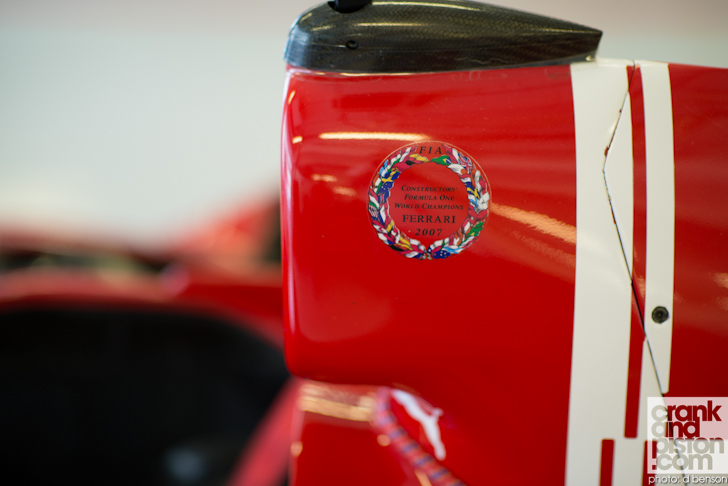 The remaining two F60s – chassis 279 and 280 – boast just one race win between them. In a season where Brawn reigned supreme in its only Formula One season, Raikkonen piloted #279 to victory at the 2009 Belgian Grand Prix. Interestingly (or probably not), second place at that race went to then-Force India driver Giancarlo Fisichella, who would replace the struggling Luca Badoer as Raikkonen’s teammate for the remainder of the 2009 season in, appropriately, chassis 280.