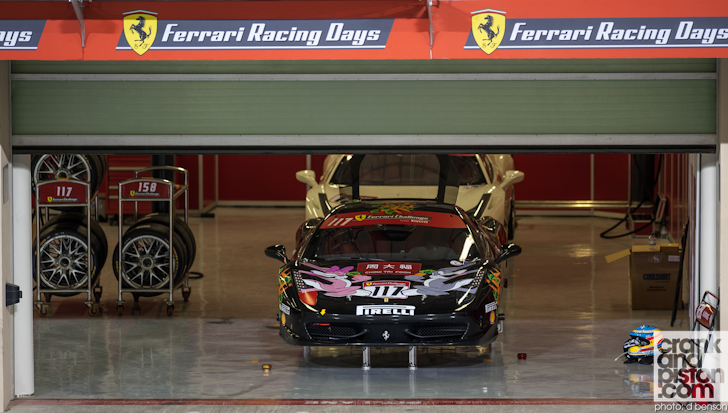 Why was he always taking a wrong turn at Albuquerque?

Clearly a lucky rabbit’s foot wasn’t enough for the driver of this #117 458. Nor for that matter was his Fernando Alonso inspired/copied helmet (keeping it Scuderia, nicely played!). And so it was that Bugs and Babs Bunny and a bunch of carrots made their respective debuts lapping the Yas Marina Circuit in an averaged 228kph. 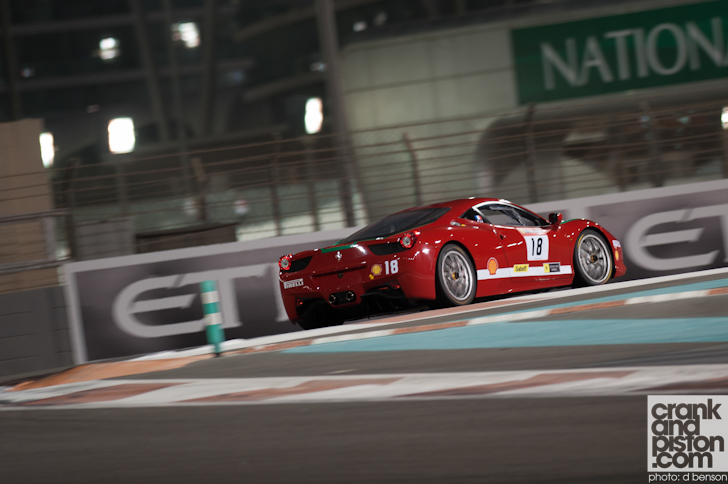 Okay, a red Ferrari hardly seems unique enough to warrant a place on this list (but you might want to check out our poll if you fancy an argument about what colour a Ferrari should be), but what caught our eye was that Alain Li, driver of #18, had a helmet design to match. Plus, we haven’t seen a red and green horizontally striped helmet in a Ferrari since Eddie Irvine’s late 1990s Maranello tenure. 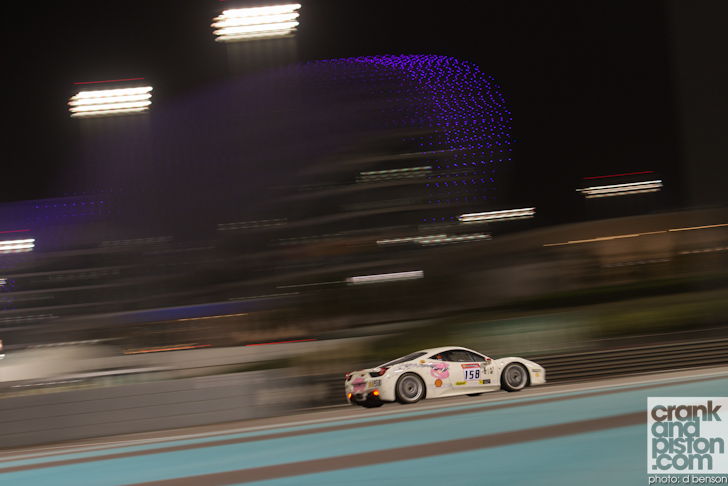 The reasoning behind the pig is somewhat mystifying, for although they’re notably good at learning to walk on two legs, overthrowing farms and starring in satirical novels about Russian communism, their abilities on the race track are less well-known. Still, it’s a niche and pretty cool, and that’s not just because the front fender also seems to be riddled with gunshots.

The art of camouflage

Since crankandpiston is based in Dubai, and since many of our automotive adventures have taken us into the great sandy outdoors, desert camouflage seems rather appropriate. Considering this #166 458 Challenge is currently in the heart of Yas Island and wracking up the clicks on asphalt, we’re not entirely certain the effect is being optimised. Don’t misunderstand though: it is still prett sharp. 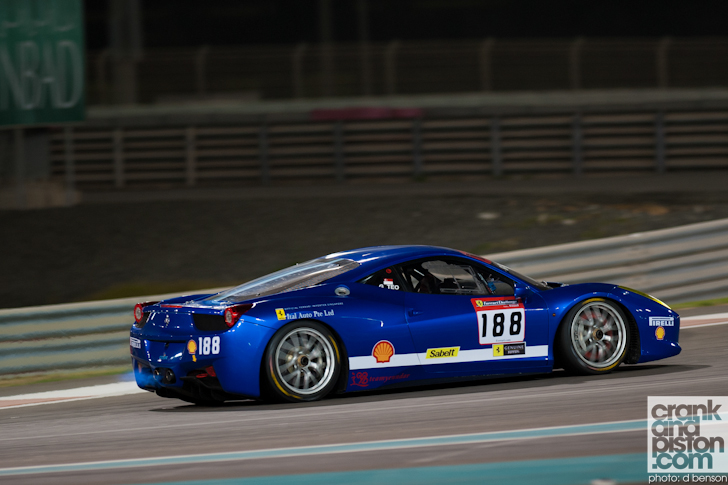 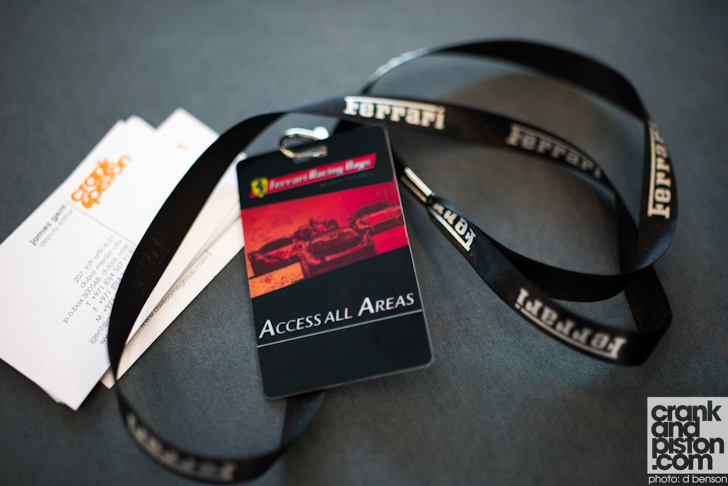 You might be asking at this stage how we managed to rustle up so much epic photography and find ourselves so close to the action? Turns out borrowing a couple of these help a lot…