Ferrari F60America. Only 10 to be built

In celebration of 60 years in North America, Ferrari has unveiled the limited edition F60America, of which only 10 will be made. 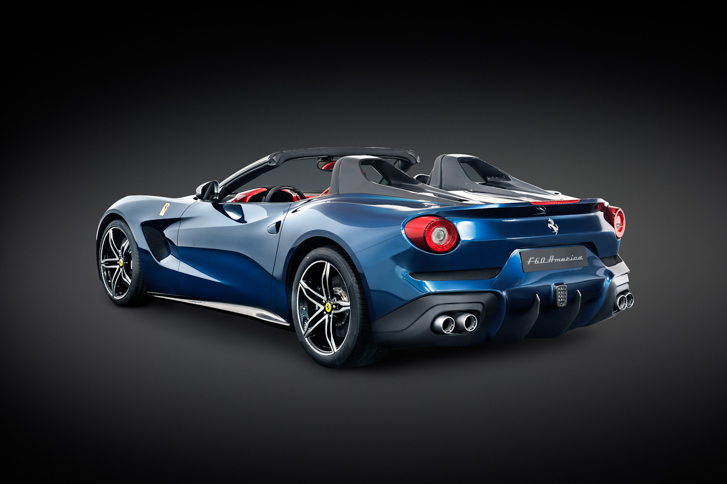 Based on the company’s existing F12berlinetta (which took crankandpiston.com took for a spin on home turf last year), the new F60America draws significant parallels with other limited edition models launched for American audiences, most notably the 275 GTS4 NART Spider (a convertible version of the 275 GTB4) which made its US debut in 1967.

Mechanically the F60America remains the same, as does the 730bhp performance figure from the F12’s 6.3-litre V12 (though this still equates to a 3.1-second 0-100kph time). The most significant change – aside from the folding light fabric roof – is the blue and white North American Racing Team livery tribute, plus special 60th anniversary prancing horse emblem on the wheel arches. Other changes include restyled nose, wings and doors. Gynaecologists amongst you will also notice that the ‘aero bridge’ rear has been ditched. Inside, the F60America boasts exclusive trim, as well as stylised American flag motif on the seats.

And the price for each limited edition is a whopper. At $2.5 million, the F60America is a gigantic hurdle from the $326,000 for the ‘standard’ F12berlinetta. 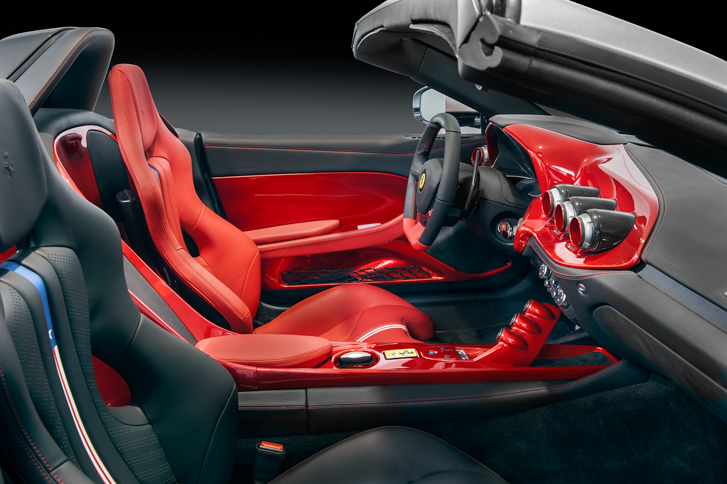