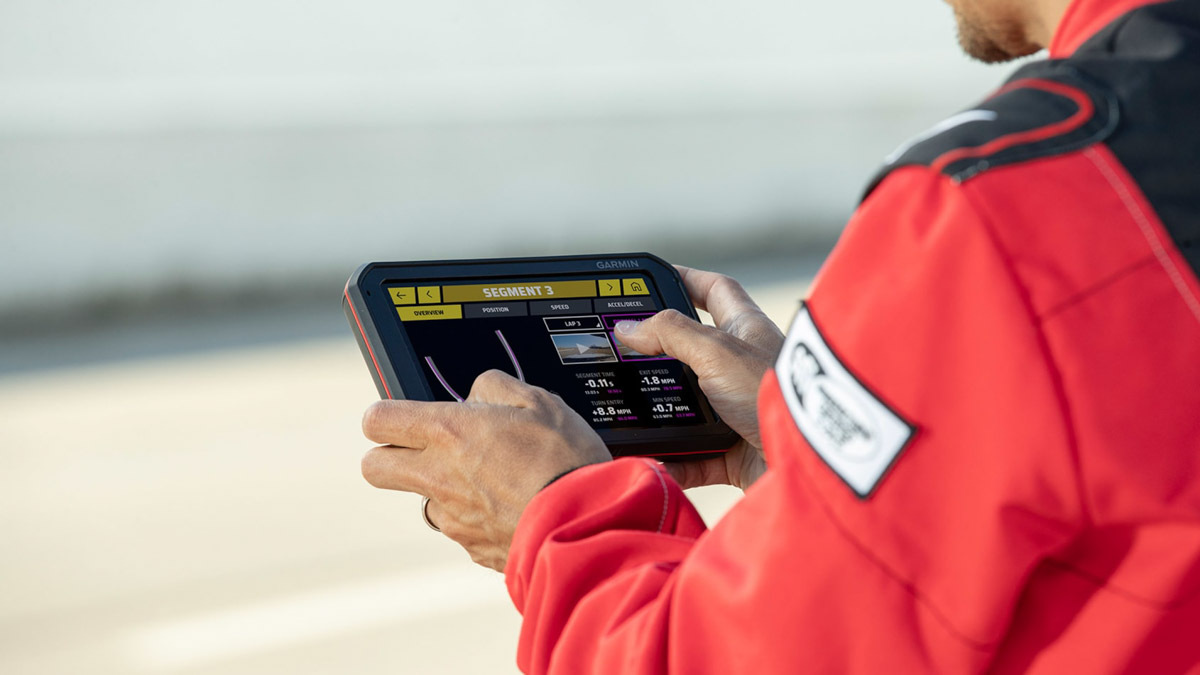 Driver analysis systems have become a popular addition to the trackday toolkit for many enthusiasts, helping drivers of all levels refine their skills against the clock. These systems generally work by computing driving data collected from inbuilt GPS receptors and other sensors to then ‘coach’ the driver by highlighting areas within the lap where improvements could be made.

The new Garmin Catalyst is said to take this to the next level, streamlining the process by actively coaching the driver on track without the need to download the data post-session for analysis. This means the system can actively provide instructions while out on track, either via a headset or Bluetooth stereo connection.

This ability to analyse data in real time is not unique to the Garmin Catalyst, but the breakthrough here is the device’s new way of reaching the optimal lap time the driver is working to.

Rather than splitting the lap into sectors and then combining the fastest of each together to create the theoretical optimum lap time, the system instead creates a more realistic racing line that’s created from data received from the on-board camera and 10Hz multi-GNSS positioning. This avoids some systems’ unreachable target, which can often be physically impossible thanks to the way the system creates the optimum lap.

The Garmin Catalyst is also able to relay this information by audible cues both before and after a corner, delivering instant feedback to the driver rather than waiting until the end of the lap. This information is also accessible via a simple touchscreen interface on the unit that’s mounted to the windscreen.

The system is pre-loaded with a global track database, and can also record other on-track data such as best lap times, delta time, number of laps and session times.