Almost certainly the most famous German Grand Prix of all time. 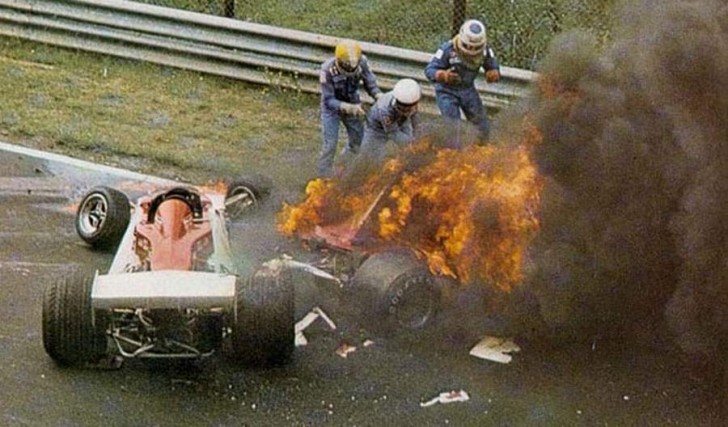 Fresh from a disputed win in front of his home at Brands Hatch, James Hunt was keen to erode the 23-point deficit to reigning World Champion Niki Lauda. That plan went awry early however, the race at the Nurburgring going ahead despite drivers’ concerns regarding safety. Hunt didn’t get off to the best start either, the McLaren dropping from pole position to second at the start. Ferrari’s Clay Regazzoni leapt ahead, though the Swiss would sacrifice the lead back to Hunt when he spun halfway round the lap.

Nobody remembers that though, Lauda’s hellacious accident at Bergwerk – during which the Ferrari was T-boned by both Hesketh’s Harald Ertl and Surtees’ Brett Lunger – becoming a moment of F1 infamy in the blink of an eye, the 312T2 exploding into flames after making contact with the armco. Inspiring a key scene in Ron Howard’s F1 film Rush (due for release in September), Lauda was pulled from his car barely conscious and suffering second degree burns to his hands and his face. Many doubted the Austrian would recover: swathed in bandages, the Austrian was famously given last rites in his hospital bed.

A lack of trackside assistance was confounded by emergency vehicles taking too long to reach the crash site, halfway round the 20km circuit. Deemed too dangerous for motor racing, the Nurburgring was immediately dropped from the calendar, and aside from a one-shot deal in 1985 (the final race win for Michele Alboreto), Formula 1 would not return to the Nurburgring again until 2009. The 1976 German Grand Prix would be restarted and eventually won by Hunt for McLaren. Meanwhile the unluckiest man in motorsport, Chris Amon, had retired on the spot after Lauda’s crash in what he deemed the straw that broke the F1 camel’s back. The Kiwi would begrudgingly return for one final run with Wolf in Montreal later that same year. 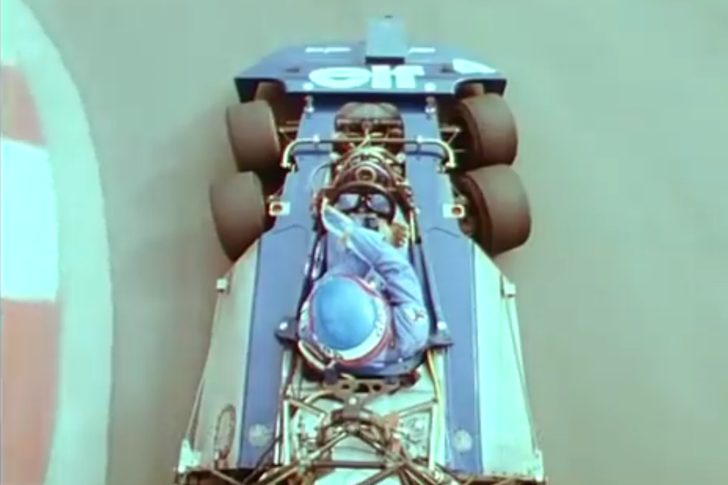 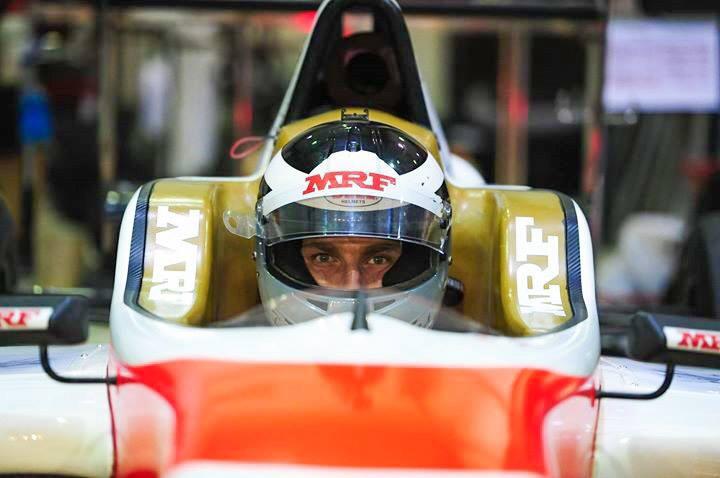 Freddie Hunt. A break from the norm