The 1991 Grand Prix season was firmly in Ayrton Senna’s pocket when the Formula 1 circus touched down in Montreal. Having secured four back-to-back pole positions and four wins on the bounce, the McLaren-Honda driver held a mighty 29-point lead in the standings. Montreal however proved a bump in the road. 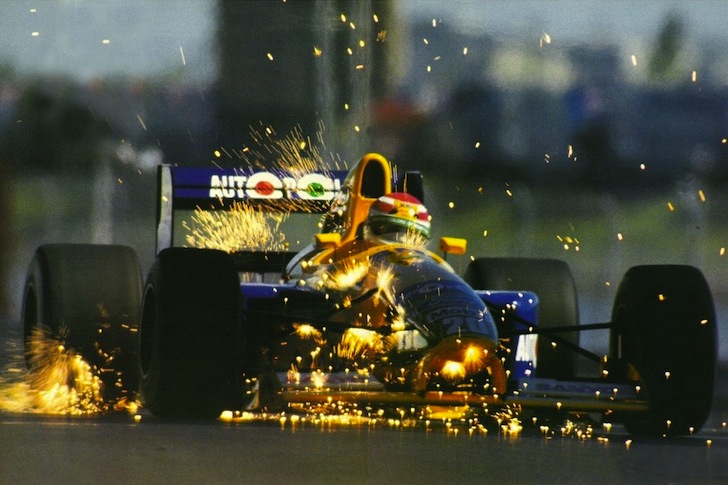 Even Senna could not stop the Williams-Renault pair blitzing the front row, Riccardo Patrese just pipping Nigel Mansell. Fuel injection issues brought McLaren teammate Gerhard Berger’s race to a premature end on lap four, while gearbox maladies would later bring Senna to a halt at just under half distance. A bad weekend for McLaren, but the reigning Champion would still leave Canada as the standings leader. Then nearest rival – and nemesis Alain Prost – would also fail to score, technical gremlins striking both the Frenchman and his Ferrari teammate Jean Alesi.

At the front, still suffering the after effects of a heavy crash in free practice, Patrese’s lead was short-lived, Mansell leaping into the lead and quickly disappearing into the distance. An early puncture further scuppered the Italian’s pace, though a clean(ish) final sprint meant he was at least able to pick up third place.

Sixty-eight flawless laps in the bag, Mansell was almost a full minute ahead of second-placed Nelson Piquet as he took the white flag. But with just one straight and the final chicane to go, the Williams suddenly slowed to a crawl exiting the turn 11 hairpin. Gearbox issues was the official reason given, though many believe the Brit had selected the wrong gear whilst waving to the crowd and stalled the engine, robbing himself of certain victory.

And so it was that Piquet cruised by to take a surprise victory for Benetton. It would also be his last, the three-time World Champion retiring at season’s end. A stirling drive by Stefano Modena from ninth on the grid (just behind Piquet) gave the Tyrrell driver second. It would be another three years before Tyrrell scored another F1 podium.

Still classified sixth despite his last lap issues, Mansell also claimed the unenviable honour of becoming the first F1 driver to lose a race on the final lap having led every lap beforehand.