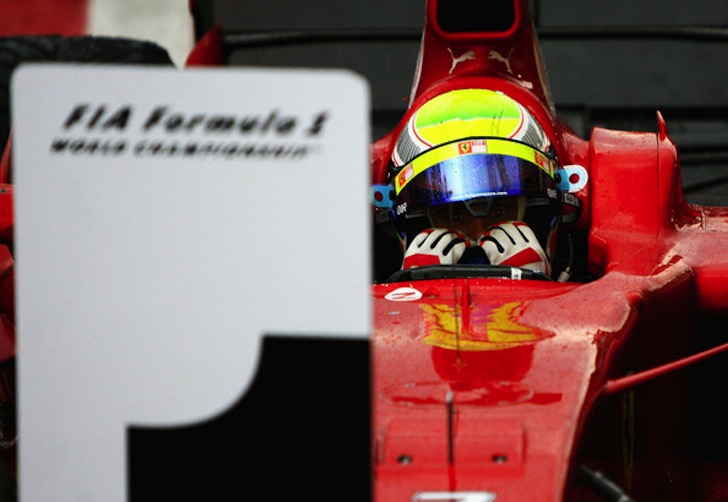 As Felipe Massa lines up for his 139th and final race start for Ferrari, the Brazilian will doubtless be looking for a good home race in Sao Paolo. Indeed, it’s been 86 races since his last Grand Prix win (a record for a Ferrari F1 driver) at the 2008 Brazilian Grand Prix, a race that gave Massa the world championship. For 12 seconds.

Headed by championship rival Lewis Hamilton by seven points entering the season finale, only victory would do for Massa, and having romped to pole position, nobody came close to denying the Brazilian his 11th F1 victory after a dominant performance. Hamilton’s McLaren meanwhile circulated mid-pack for the majority of the event, the Brit requiring only fifth place to seal the crown. McLaren’s strategy however took a dive when light-rain began to fall just eight laps from the end. While several in the midfield gingerly picked their way round on dry tyres, Hamilton swapped to intermediates, rejoining fifth and still in the championship hunt. That is until the Brit slid wide at the final corner on lap 69 of 71, allowing Toro Rosso’s Sebastien Vettel to leap ahead and dropping to sixth.

Knife-edge tension. The McLaren driver tried desperately to regain track position to no avail, and entering the final lap, it looked like the title had slipped from his fingers. Then came the final turn, Timo Glock’s slick-shod Toyota, and a last corner pass for position.

Never had the Formula 1 championship been decided this close to the end of the season. It probably never will again.

Source – The Narrator and FormulaOneTalk