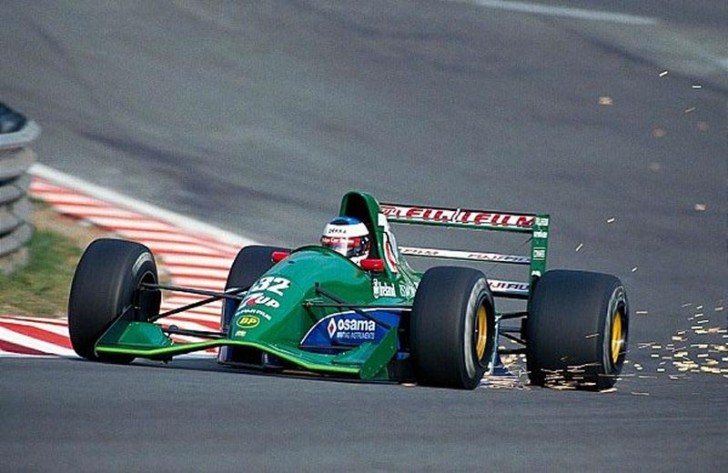 Whilst Marussia’s test driver Alexander Rossi is left wondering what might have been this weekend (following his eleventh hour call-up and subsequent release from a race seat), three-time Le Mans winner Andre Lotterer will make his Formula 1 debut for the Caterham F1 Team at the Belgian Grand Prix. Despite notable single seater success with the Petronas Team TOM’s in Super Formula in Japan over the last few years (he was crowned champion in 2011), Friday’s free practice session will be the first time Lotterer has driven an F1 car in anger since his days as Jaguar’s test and reserve driver in 2002. The learning curve is likely to be vertical.

The former World Endurance Champion’s shock debut though is hardly the first time the Belgian Grand Prix has welcomed a German newboy. Rewind the clock 23 years and another youngster – fresh from a budding sportscar career as a Mercedes junior driver, a 24 Hours of Le Mans entry and 1990 German Formula 3 title – was about to make his F1 debut. And was about to rewrite the history books. Michael Schumacher.

Thanks to a small assault charge levied against erstwhile Jordan incumbent Bertrand Gachot (and the resultant two-month imprisonment), Mercedes-coffers allowed Schumacher to make his jump to the big stage. A successful start it was too, the 22-year old setting a blistering pace in the Jordan 191 to qualify a sensational seventh, four places ahead of his new teammate Andrea de Cesaris and just behind three-time F1 champion (and future teammate) Nelson Piquet.

Schumacher’s debut though proved less auspicious, his 191 grinding to a halt with cluch issues on the run up the hill to Les Combes, barely a third of the way into the opening lap. Benetton boss Flavio Briatore though had seen enough, snapping the German up for a race seat at the next round at Monza. Seven world championships and 307 F1 starts beckoned…

So oft-told is the story of Schumacher’s race that many fans forget teammate De Cesaris  almost won the 1991 Belgian Grand Prix, in only Jordan’s 11th F1 start. Running second to Aryton Senna in the closing stages, and attacking the McLaren MP4/6 with everything he had, the Jordan’s Ford V8 eventually cried no more, and the Italian was out with just three laps to go, his finest hour overshadowed completely in the history books by his one-time teammate’s debut.