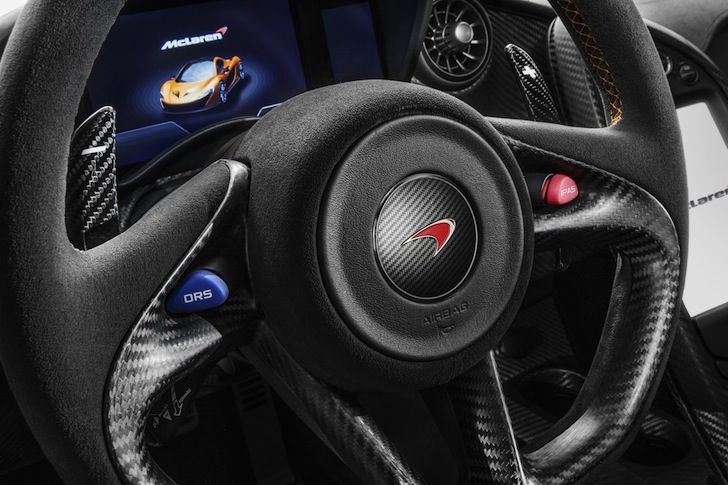 Steering systems can be controversial – witness Porsche changing the 911 to electric power steering and the furore that caused. McLaren has stuck to hydraulic PAS, despite the extra weight. Dan said that although electric is almost as good, “almost is the operative word. Electric systems are not quite there yet I don’t think.

“What we wanted and what I think we’ve achieved, is that you need to feel like you’re part of the car and the car is an extension of you. It needs to be completely intuitive. If you’re thinking about what the steering’s doing then to some extent you’ve failed. That means it needs to change depending on whether you’re creeping around in E-mode or you’re on a race track. And that’s what it does.” 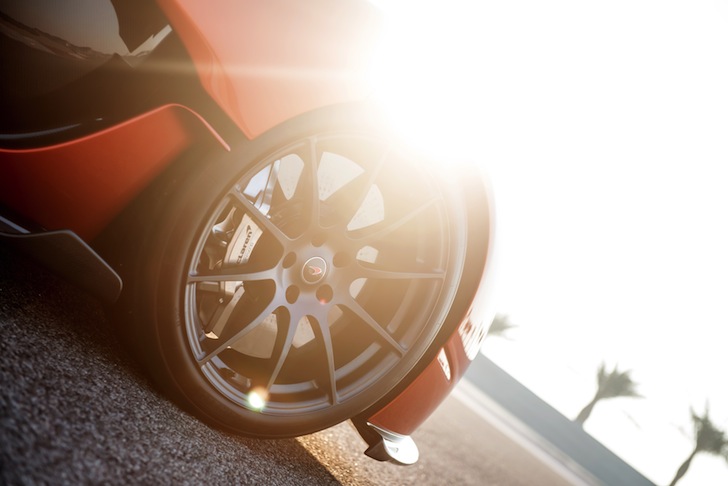 Presumably a car with this kind of performance potential requires some serious rubber, correct? Yep. It wears bespoke PZero Corsas produced by Pirelli.

“The P1 generates 2G lateral and 2G under braking and we pushed Pirelli very hard to develop a tyre with us,” Dan said. “They’ve worked very closely with us to create a tyre with brand new construction.” 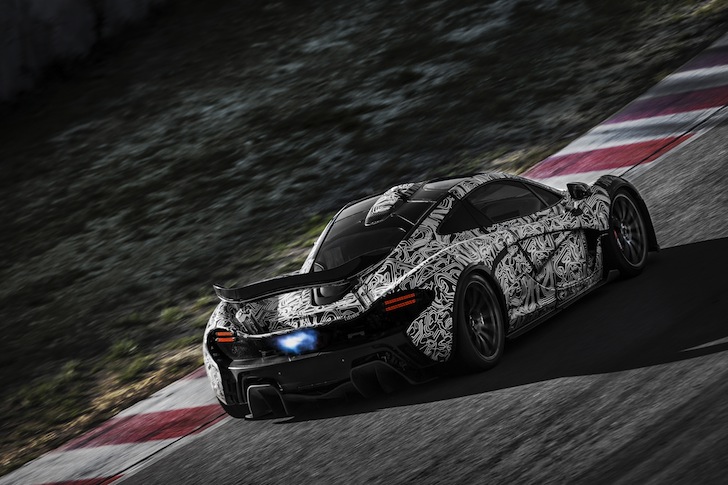 It looks, good, it goes like stink, but it sounds like a milk float delivering bottles of bolts. Not ideal, is it? So McLaren put lots of work into making the car sounds like the beast it appears to be, both from inside and out.

“We’ve actually done a lot more work than we did on the 12C and we’ve managed to harness the nice visceral, crackly exhaust sound as well as the intake sound. It does dramatically change your driving experience,” Dan said.

“Getting a fix on the sound, to a point of consensus, was one of the hardest things. We have the F1 as a legacy and wanted to make the sound a big feature and that’s one of the reasons we put the intake in the roof.

“But there’s a philosophical debate you have when you’ve got a turbocharged engine, as opposed to a normally aspirated engine, because they make a different noise. The intake works in a different way, so you don’t get the same noise reflected back through it. Instead you get the noise of the compressor, dump valve noises and whoosh noises, high performance turbocharged engine noises.

“You then have to pick which of those noises you want to use and embrace, which ones you don’t like and want to filter. Then you have to figure out how to get the noise from the exhaust and harness that as well.”

In other words, rather than picking a sound and trying to fit the final noise to a preconceived benchmark, McLaren fine-tuned the natural output from the powertrain.

“It had to be truthful to what we had from the powertrain,” confirmed Dan. “It was always going to sound like a flat-plane crank engine because that’s what it is. It’s a matter of taking the good bits and discarding the bad, then using that noise as you progress through normal, track and race modes, adding more and more volume. We’ve got a new device we’ve used which helps us to harness the noise from the exhaust side which means you get a richer, more crackly and visceral noise on lift off, which I think is missing on 12C.”

What deep and mystical reasoning is behind the name P1? The answer is actually exactly as you’d expect.

“The P1 is actually from pole position, position 1. It follows on nicely from F1 and was about being position 1 in qualifying, position 1 in a Formula 1 race. It’s easy to pick that number. There were discussions about giving it a name related to Formula 1, or following similar lines to the MP4-12C.

“But it’s better than La McLaren, isn’t it?” Dan said with a smile. 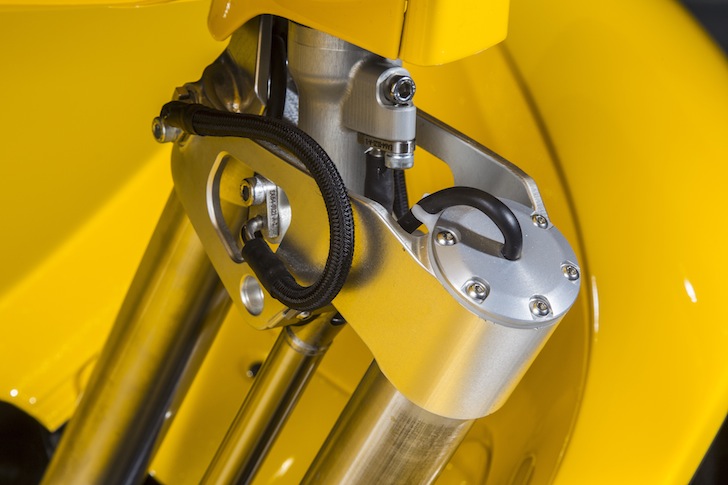 The P1 will land with the first customers at the end of this year. So what then? Special editions? Lightweight versions?

“We haven’t announced a lightweight pack. Personally, I think we should do one but we’ve got enough on our plates at the moment,” Dan said. “Both of our major competitors have got an option pack to ditch some of the stuff in the car. We could do that and we could take out a load more weight but that might become a customer-specific option in due course. I’m sure there will be a group of customers that say “I want this as hardcore as it can possibly be”. Ideally, every single customer will go to MTC, sit down and go through every single thing they want on the car.”

Ah yes, customisation. McLaren is very keen on showcasing its MSO division (McLaren Special Operations) which allows for customisation beyond the regular options list. Will that be the case for the P1? Yes, says Dan – to an extent. 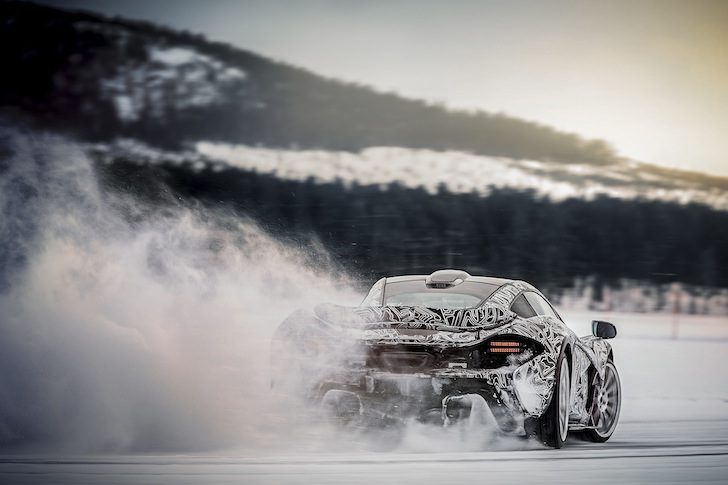 “If you want more grip, we can get more grip, but we’ve done 40,000km of accelerated durability testing, we’ve designed the suspension around a set of loads that we collected with an early mule vehicle, measured all the suspension stresses and used that to design the parts. So therefore those parts are designed to have a life that exceeds 80,000km of the most aggressive driving you can possibly imagine, and we know they’re going to be OK. If we then add 20 percent more grip then we’ll reduce the life of those parts, but we don’t know by how much. I’m not going to go and do another 80,000km of testing for one car, so that’s where it becomes an individually modified car. It’s no longer the production car, it’s something else and to some extent they’re taking matters into their own hands.”

OK, so if we want a really, really hardcore version of the P1, how about a full-on racer?

“There aren’t any plans at the moment for a racing version,” Dan replied, pointing out that there doesn’t currently exist a racing series into which the P1 would fit. However, with other manufacturers producing similar vehicles, maybe that could change.

“But at the moment it’s not in the plans,” Dan continued. “The GT3 category is designed around more humble vehicles than these ultimate segment hypercars so there isn’t really any advantage.” 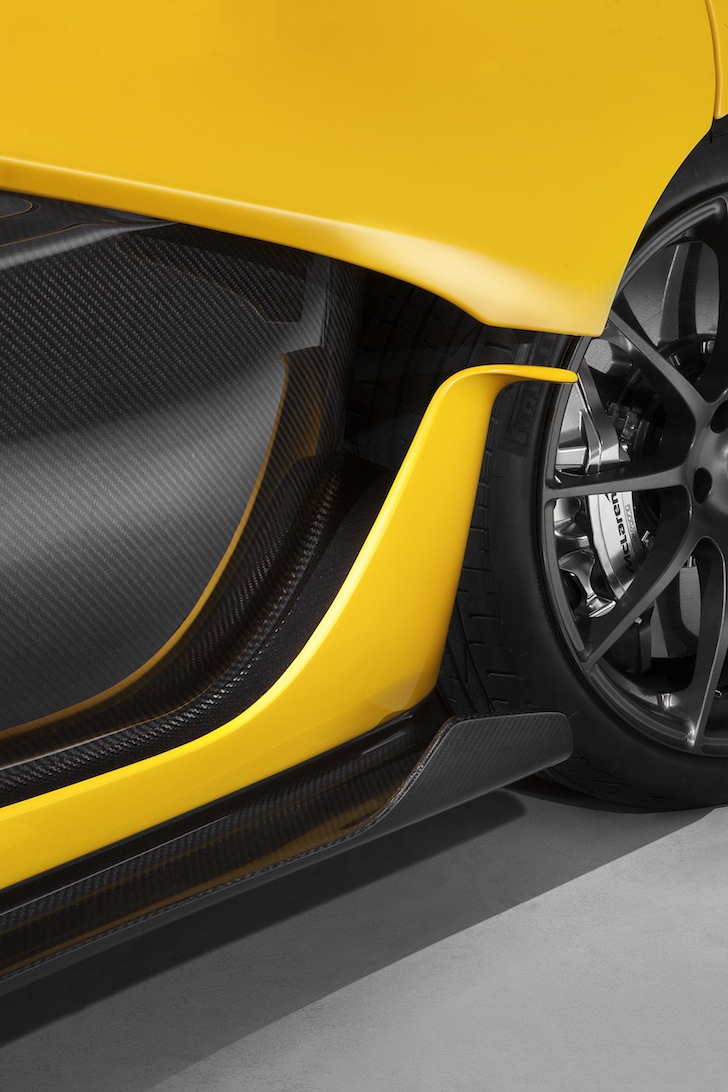 Well,  there we have it. The P1 will drop before the end of this year and, as far as McLaren is concerned, will take the fight right to the doors of Porsche and Ferrari. Exactly how well the P1 will do remains to be seen. The opening salvoes are being prepared right now, with McLaren intending to set a predicted sub-seven minute Nordschleife lap this summer to prove what its new baby can do. It’s important to the British company that it holds its own.

“This will be the halo car for the rest of this decade,” Dan said. “It’s taken four years in development and there’s nothing in development yet for a replacement. Whether it is the most advanced, beautiful and fastest sports car of all time, only time will tell.”