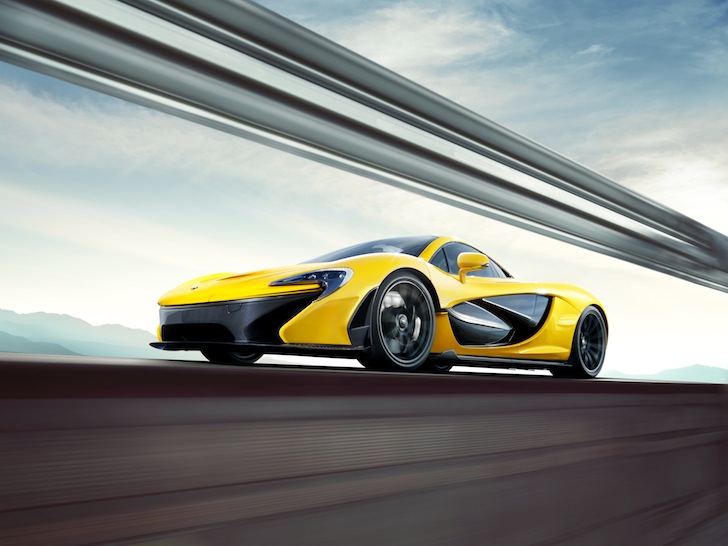 McLaren’s aim for the P1 has been to create a road car that turns into a race car at the touch of the button (although you have to be stopped when you press it, and it takes about 30 seconds to readjust itself). The suspension, Dan said, is a key element to making that work.

“It turns out you need to do something clever with the suspension,” he said. “What we’ve done is instead of thinking about the suspension in terms of springs and dampers on each corner, you have to transform the thinking into modes. Instead of controlling the corners you’re controlling the modes – the roll, the warp [twist] and the heave [up and down].

“The reason for that is if you want to transform the suspension to be ideal for road use into something ideal for race use, you have to make some dramatic changes. It’s three-and-a-half times stiffer in roll, two times stiffer in heave and it’s lower by 55mm. Interestingly, the warp stiffness is zero. Even the 12C doesn’t have a zero warp stiffness. What that gives rise to is surprisingly refined driving in road and race mode.”

With the 12C particularly praised for its ride, how will the P1 compare, bearing in mind its hardcore performance intents?

“Our original goal was not to compromise the ride comfort that we achieved with the 12C. I think the road comfort is actually in some ways better than the 12C because of the zero warp stiffness. To all intents and purposes, when you drive the car on the road it’s as comfortable as the 12C. And even on track, it’s surprisingly comfortable. It doesn’t shake your fillings out.” 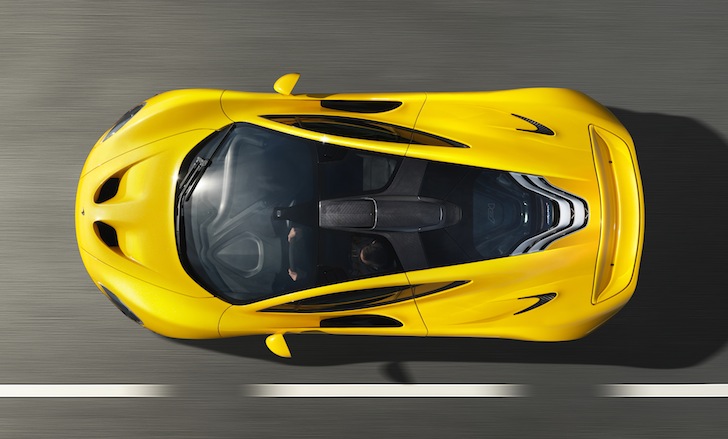 The initial aerodynamic work left the design team with a work-in-progress vehicle known as a jelly mould. It was extremely functional, but not exactly pretty. So from mid-way through the project, the styling department got involved, working hand-in-hand with the aerodynamicists and engineers to ensure the P1 was pretty without compromising performance.

“We developed an ugly version of the exterior at the outset which was used to drive the whole design process,” said Dan. “The only concessions to that have been in the interest of making the car beautiful.”

Paul Howse was the man in charge of the car’s exterior looks, and set about keeping the essence of the P1 but smoothing the ugly looks.

“One of the things that the guys latched onto very early on was to embrace the shapes in nature and make that the thing to hang the exterior styling on,” said Dan. “They also identified a lot of features on the race car which are arrived at not because of any styling input but just by exhaustive CFD simulation, wind tunnel testing and so on.” 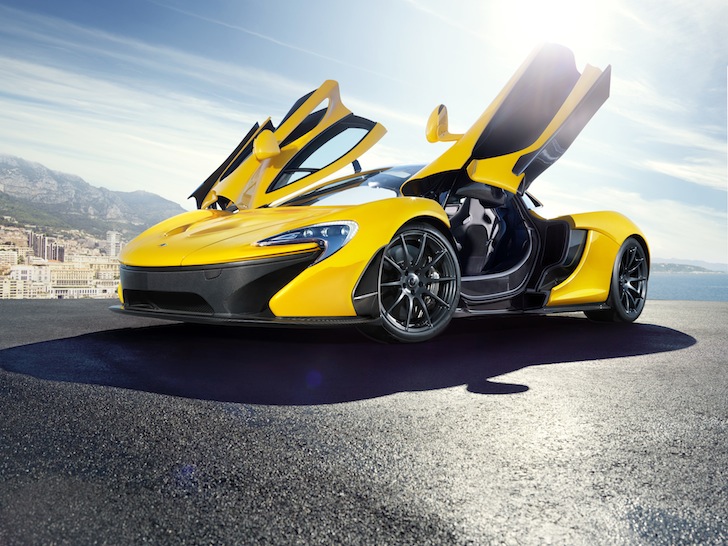 As designs evolved they were sent between the various departments to ensure that they fulfilled both aesthetic and performance criteria. Bit by bit, elements were revised.

“We started developing the front diffusers and using the front wheel arches, figuring out how to manage the air out of the ducts,” Dan said. “The air is accelerated from the diffuser up through the wheel arch and then to generate the downforce you have to get rid of that air and manage it outside of the car body. We’re mindful that we have to cool the engine as well. Initially we were looking at side intakes.

“To start with the car looked like an ugly jelly mould, with a huge glass-house body, so there followed the process of improving the styling as well as developing the aerodynamics to make sure we didn’t lose the performance we had. Through that process we developed the intake that we’ve got in the top of the door.

“The exhaust is angled upwards so that the upwash, the high-energy jet of hot air that comes from it flows over and under the wing when it is deployed. 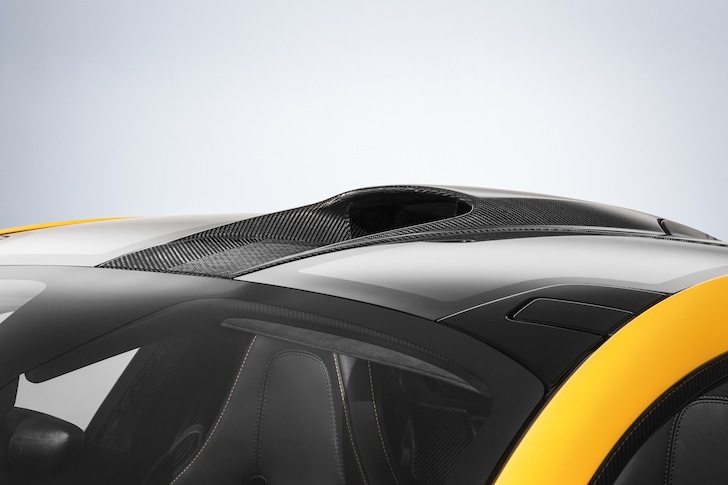 Cooling required a considerable amount of work with CFD simulation to examine the flow of air into the roof intake and three coolers in front of the car which cool the hybrid system.

“We can’t allow the hot air out of those to interfere with the cold air going into the main engine intake,” Dan said. “Similarly we have cold air coming into the door ducts and we don’t want any hot air going in there either. We have to manage the flows in all these different areas.”

With 50 percent more power than the 12C, the P1 needs a lot of cooling even before the hybrid system is considered. “Engines generally run at 110 degrees C but hybrid systems can’t tolerate 110 degrees C so you need a low temperature cooling system,” said Dan.

During the design process, the styling team kept a real McLaren F1 car in the studio for eight months, “just so we didn’t lose sight of what we were doing”.

Once all the fine tuning was done, a full-sized clay model was developed. “And we took it outside to look at it. You only get a good impression of a car when you see it outside.” 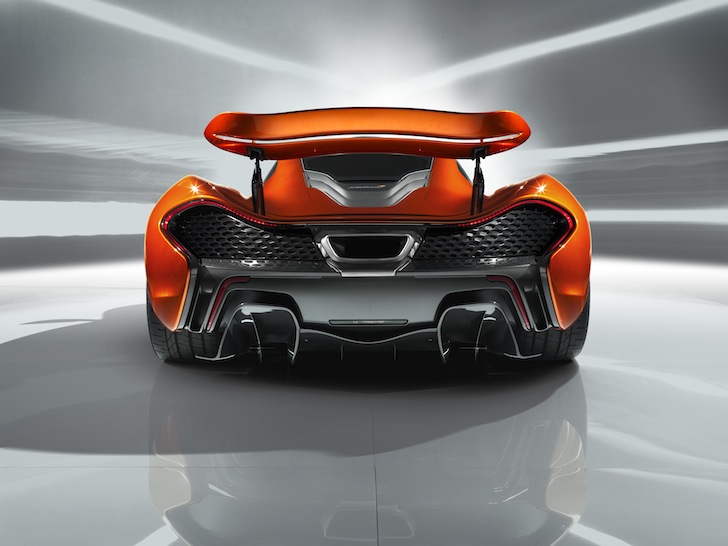 Finally the car was fully rendered, giving everyone at McLaren the chance to check what the car was going to look like as closely as possible. So how different is the finished version to the initial “ugly” design given to the styling department?

“The glass house has hardly changed,” Dan explained. “The A-pillars are slightly further forward because from a side profile you want the A-pillars to be far forward on a mid-engined car. There was originally no clearance over the front tyres at full bump, so the height of the top of the wheel arch in side view is greater than it was. It’s not really a compromise but there’s quite a lot of detail around the shapes of the intakes and exits which could have been slightly different and worked as well. The graphic on the back looks a bit like an old ancient Greek warrior’s helmet or something, and it could have been a number of different shapes with the same height and the same exit area. That was just styling. 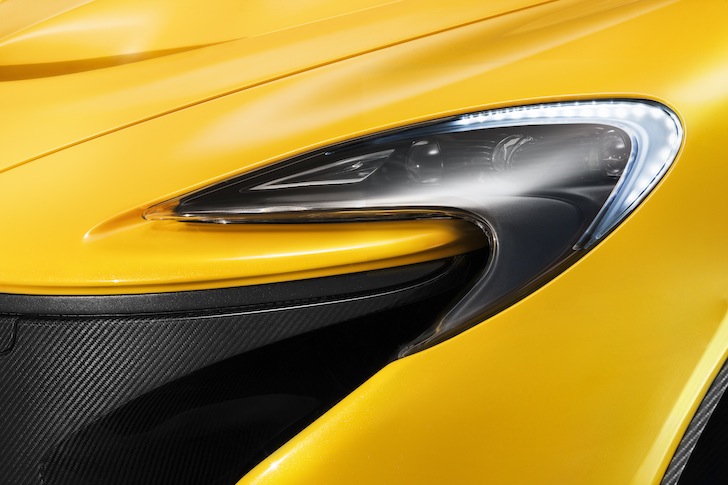 “The biggest compromises were the shape of the front, which is very rounded to make the car visually small. What you want from an aerodynamic point of view is a square car, because then you get the maximum leverage relative to the front axle centre line. So we lost some of that area. And then at the back you want the widest rear wing you can get, whereas our rear wing is not as wide as it’s possible to have and that’s a compromise for styling as well.

“There was a constant process of refining, refining, refining – styling something, giving it back to the CFD guys, giving it back to the body engineering guys to work out the feasibility and then going round the loop over and over again, massaging it. It’s a time-consuming and laborious process but if you don’t do that then the design is not a design as a whole and the only way we were going to do this car was for the design to work as a whole. You couldn’t just style it and then engineer it, or engineer it and then hope to style it. It had to be concurrent processes.”