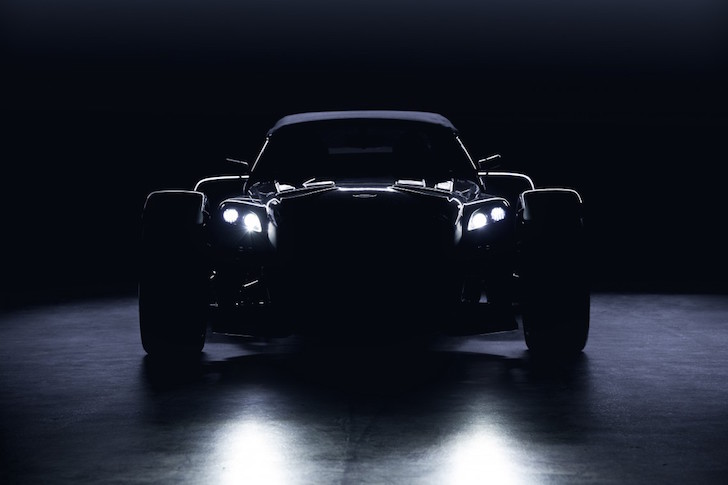 It’s also opened a new facility for testing and development at the Bilster Berg circuit in Germany, and to celebrate, it’s releasing a special edition D8 GTO next year. This is a teaser image of the Donkervoort GTO Bilster Berg Edition, which will be limited to just 14 examples.

Exactly what the special edition car has over the standard one has yet to be revealed, but we’ll learn more after the new year – for now, Donkervoot says only that “all the new developments and updates come together in this new edition”.

The standard D8 GTO is already a monster. Inspired by the original Lotus 7, it weighs only 700kg but boasts between 340 and 380bhp depending on specification, meaning it’ll hit 100kph in just 2.8 seconds. The power comes from an Audi 2.5-litre, five-cylinder unit sitting in a tubular steel chassis.

You can learn more about Donkervoot in this XCAR interview with founder Joop Donkervoort.