Drift UAE Round 1 had been scheduled to take place on November 22nd 2013. Unfortunately, heavy rainfall had completely flooded the Emirates Motorplex in Umm al-Quwain and the organizers – Mohammad Al Falasi and the team at Motorsport Solutions – had no other choice but to postpone the event until a later date. Round 2 – held at Yas Marina Circuit – was therefore the first round this season which gave the sodden Emirates Motorplex plenty of time to dry out. 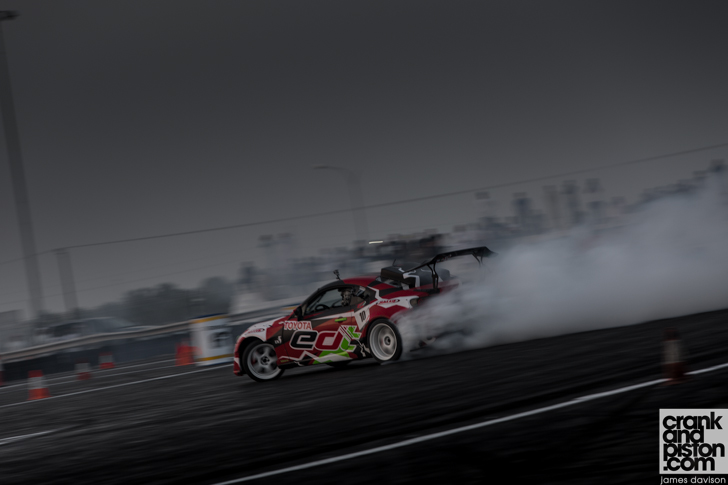 The rescheduled Round 1 took place at the weekend and, as the driver’s in the Pro Drift category got in some final practice, night fell and the prospect of rain was once again on the cards. The sky above Umm al-Quwain was looking extremely overcast but the weather – thankfully – held out this time and Drift UAE Round 1 Reloaded got underway. 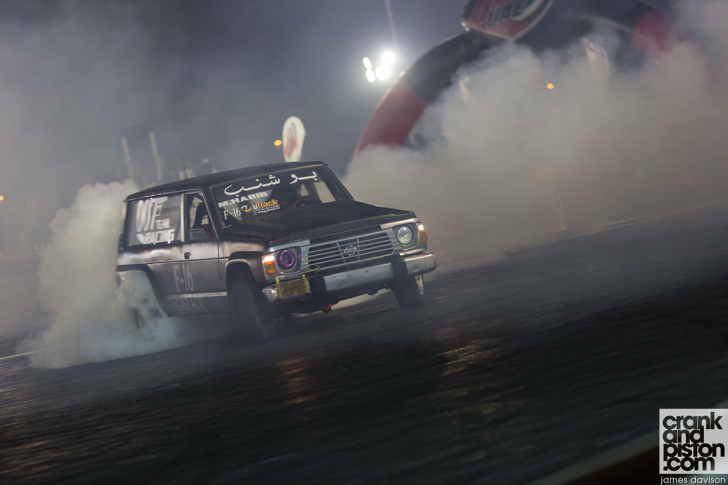 There is always lots of entertainment provided at Drift UAE rounds held in Umm al-Quwain. Horrendously overpowered Nissan Patrols and Toyota Land Cruisers drifting with buckets full of ain’t care has to be seen to be appreciated. These guys tackled the drift course just for fun but my appreciation of their skill level has grown immensely… 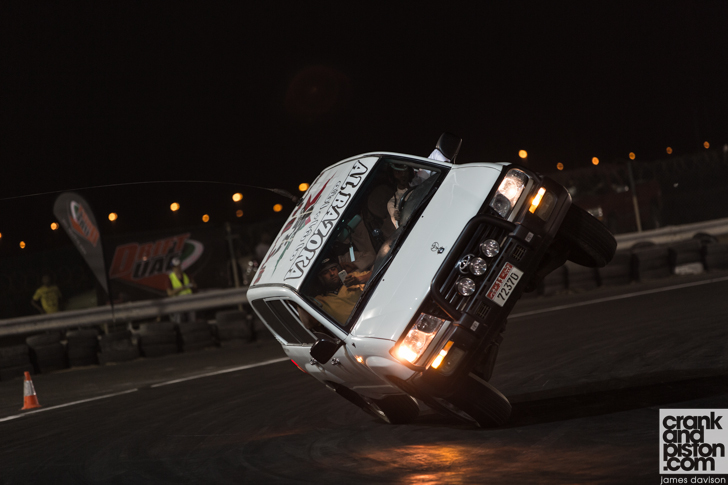 …as has my appreciation for two-wheel drive Land Cruiser control. 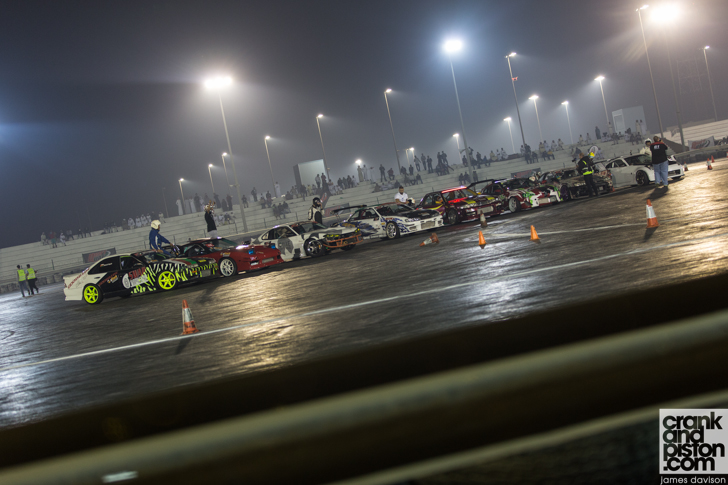 The players on the field for Round 1 Reloaded were down to just eight teams. Noticeable absentee drifters were the Al Jazirah Ford Racing Team duo of Abdulhadi Al-Qahtani and Muath Al-Essa, Round 2 winner Sami Haidar and the Pirates of Drift crew. Hopefully they will return for Round 3 but here was an opportunity for point gathering by the rest of the drivers. 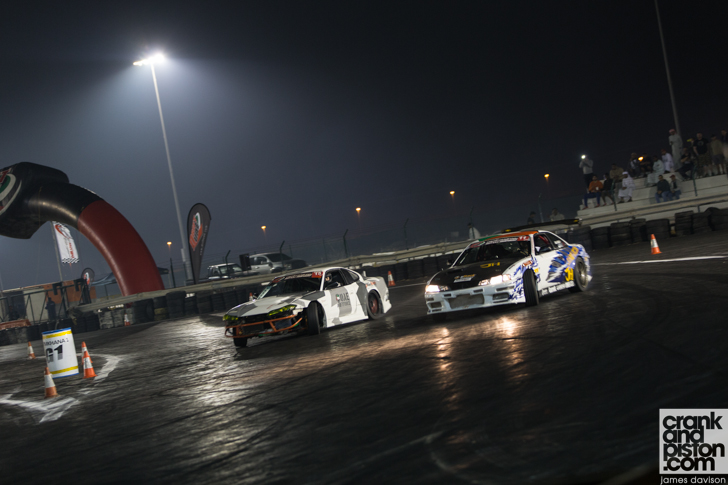 A twice-run battle of epic proportions between Jihadd Hassan and Fredrik Aasland resulted in Norway on top. And with Refat Al Yehyai dispatched, Aasland progressed to the final. 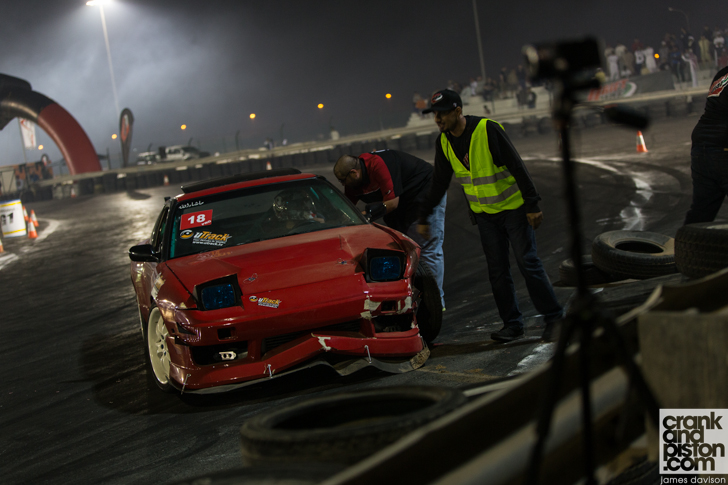 While others didn’t have such good fortune… 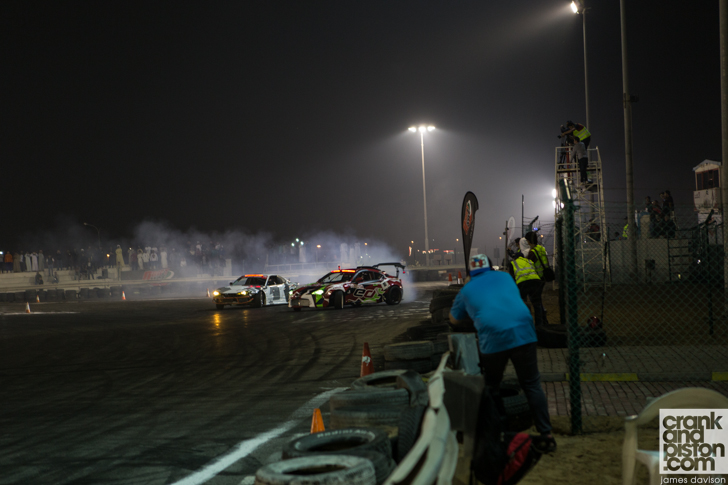 Ahmed Alamri – from Toyota Emirates Drift Team – had picked his way through the field and faced Aasland in the final. The first runs were too close for the judges to decide and, with a chant of ‘one more time’ erupting from the Motorplex, they went at it again. 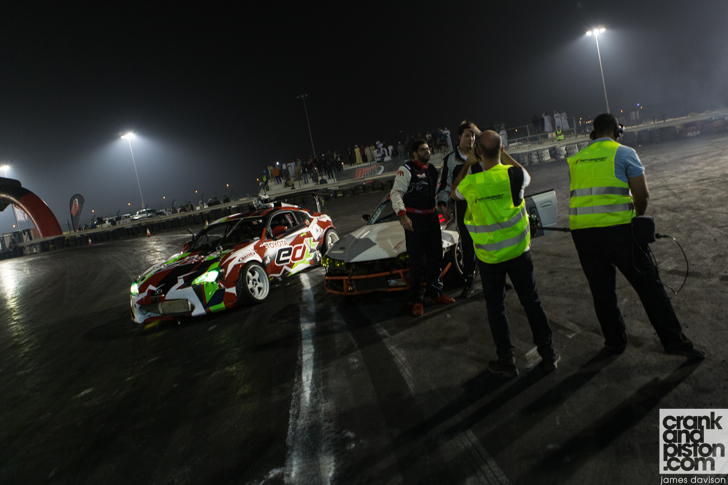 Even after the second run there was little to separate the drivers, however, after a prolonged moment while the judges conferred it was Fredrik Aasland who took victory in Umm al-Quwain.

Previous ArticleEmirates Desert Championship. Rd 3, Heat is back on
Next Article Pagani Zonda S. Taking a drive with Horacio. XCAR