crankandpiston grabs a few words with Abdulhadi Al-Qahtani, Saudi drifter and a big hitter on the Drift UAE scene. 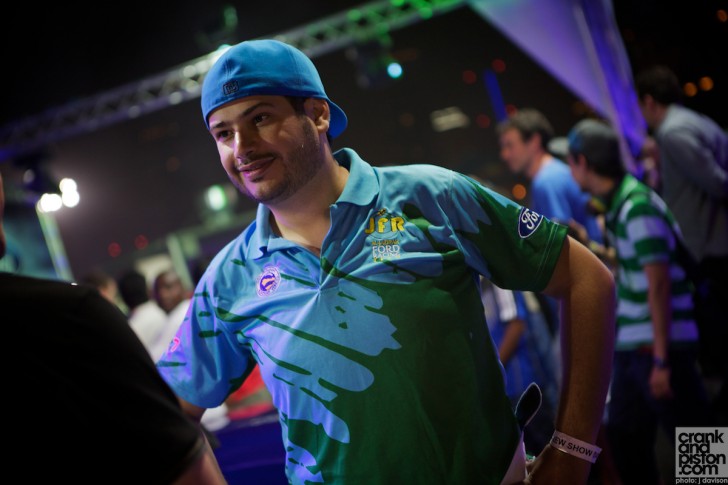 Arguably he’s been the one to watch this season in Drift UAE, the regional drift tournament run by Motorsport Solutions. Indeed, last year the young Saudi finished second in the ‘standings’ during an unbranded running of the series, and now he’s back for a crack at the top spot with a new car and more support than ever from Al Jazirah Ford. But tonight it’s not about competition. Instead, as he speaks with crankandpiston at the Dubai round of the Red Bull X-Fighters 2013 World Tour, Abdulhadi is getting ready to perform a drift demonstration in front of a 15,000-strong crowd. Understandably, a few butterflies have crept in.

“I’ve been given the opportunity to perform a drift show with my Ford Mustang drifter”, Abdulhadi explains. “I’ll only be performing for two minutes or so, but it will be a new experience to drift on gravel. I think this is the biggest event I have ever been a part of. It’s pretty scary!”

crankandpiston’s voice recorder and camera being respectively unsheathed has encouraged a few glances from the X-Fighters crowd milling nearby. Indeed, several times during our chat, Abdulhadi throws a smile or a thumbs up to one fan or another over my shoulder. His efforts in Drift UAE have clearly raised his profile.

“This year we were prepared quite a while before the season started,” he continues, “so that gave us quite an advantage in the first three rounds. By then we were quite far ahead of our competitors, and my closest rival was my teammate Muath [Al-Essa] in the second Ford. We still have two rounds left, but the problem is I’m sending my car to Europe, so I’m hoping I can still win with my other Ford.

Sending the car to Europe? Doesn’t that make drifting with it a tad difficult?

“[Smiles] Last year I competed in the King of Drift competition in Slovakia. I qualified twelfth from 62 European drivers. I wasn’t even using my car, it was one we had rented for the event. We’re hoping to try that again this year, are there are eight events starting in Ireland, followed by Poland and Hungary. I’ll be trying to learn a lot from competitions in Europe, and obviously I want to go there having won Drift UAE this year.”

The odds are looking good that this is the Saudi’s year. A sizeable advantage in the standings is a good start, but unerring support from the Al Jazirah Ford Racing Team is another solid ace up his short sleeves. After two years of what Abdulhadi refers to as ‘trial seasons’, both are looking to make good on the third, and have come fully prepared with a pair of track-prepared Ford Mustangs.

“For drifting you need a rear-wheel drive car with high horsepower, so the Mustang is perfect” – it’s worth mentioning here that the demo model in which Abdulhadi will perform his halftime show is also his regular drift car, albeit re-sprayed – “Mine is a Mustang RTRD. It was fully built in the USA by AFD, the same team that built the Vaughn Gittin Jr car, but there are some minor changes with horsepower and gearing. It’s heavy compared with other cars(!) but it’s lightweight compared to a regular Mustang. It’s made from fibreglass, has 600hp and AFD suspension. Our other car is an RTR Mustang, and that’s got minor modifications to the suspension and the steering too. We’re also building another car at the moment, which will be a swap, but I can’t tell you too much about that at the moment.” 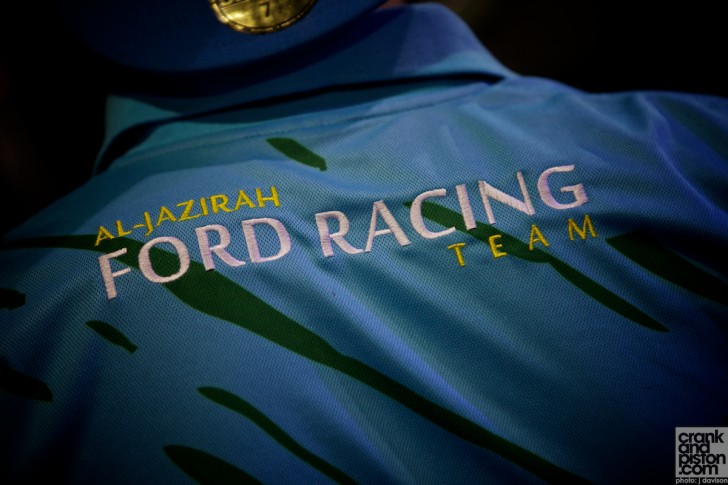 And how much support has Al Jazirah Ford been providing?

“They are giving me their full support. They are trying to help us, and I feel like a member of the family rather than just a driver. They support us in personal ways too. They believe in us, what we are doing and in what we will do, so it’s a long term plan. We have a drag team coming soon, an AutoX team and a GT team too all with Ford. I think we are doing a great job together.” 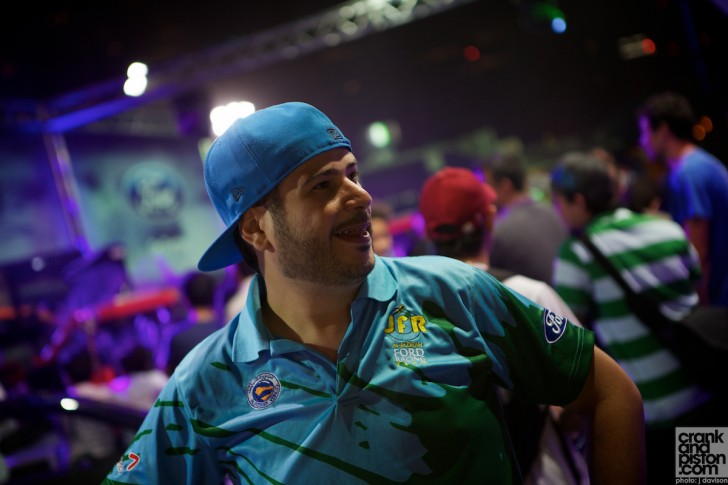 Drift UAE may only be in its first official year of competition but already Abdulhadi – one of the series’ more established competitors – can see the developments. There’s an increased fanbase for one and higher entrant numbers for another, but increased interest from manufacturers is the biggie. As well as Ford’s support of Al-Qahtani, Toyota has thrown its weight behind Ahmed Al Ameri, thus leading to the formation of the Toyota Emirates Drift Team. Red Bull’s Car Park Drift series is another big draw to competitors in the region, and the increased publicity is becoming clearer.