Many crankandpiston-ites – ourselves included – thought that a 1/5-scale, solid silver Jaguar D-Type is as awesome as automotive sculptures could get (no offense Dennis Hoyt). What for instance could better a meituclous re-interpretation of one of the most iconic British roadsters ever made? And then, we stumbled across ‘Design by Dante’…

Founded in 1991, the design outfit is the brainchild of Dante Rubli, who despite the elegance and detail involved in his works, actually started out as a sheet metal worker in his native Switzerland. In 1984 though, his artistic career received a shot in the arm when he won the Swiss Master Craftsman Championship and went on to finish fifth in the world championships later that year. You knew that name sounded familiar, right…?

Time in Los Angeles restoring classic cars led to the formation of his own enterprise, and such was the Swiss’ credibility at this time that he began experimenting with other industries. Having restored a customer’s priceless Mercedes-Benz 300 SL Gullwing for example, Dante took a leap outside his seventh circle, and designed and built a replica of the iconic German model. Two versions – a full size 1:1 scale edition and a 1:2 half-scale alternative – got devotee tongues wagging, especially given the success of the Aston Martin V8 Shooting Brake Dante had designed in 1996, which would later go on to take pride of many places at the Lucerne Museum of Transport.

By 2010, Design by Dante was fully de rigeur amidst the artistic community, a reputation further enhanced when the Swiss entrepreneur debuted a quarter-scale Aston Martin DB5 at the Top Marques Monaco exhibit, with the help of one Sir Roger Moore. The spectacle meant media and invited guests fell short of asking why Dante hadn’t designed and built a replica Lotus Espirit that could evade helicopter gunfire and be driven underwater.

Since 2012, Design by Dante has debuted a further two luxury models, one – a 1:8-scale Ferrari 250 GTO – in 2011 and the fourth addition to the collection, a Lamborghini Miura, one year later. To give you an idea what is involved in artistic sculpture from the land of Cartier watches, the Miura – based on the ’66 model that debuted at that year’s Geneva Motor Show – was made of solid silver and finished in 24-carat gold.

Anyone interested in such a model will be thrilled to hear that each 1:24-scale replica comes with a piano black lacquered case, a certificate of authenticity, and – for some reason – a USB stick of videos finished in 24-carat gold. Of course, only 50 examples will be available worldwide, as opposed to ten pieces of the 1/4 and 1/8 scale models, and just one of the full-sized replica. Plus, as the time honoured expression goes, ‘if you have to ask the price…’

– Shots courtesy of Design by Dante 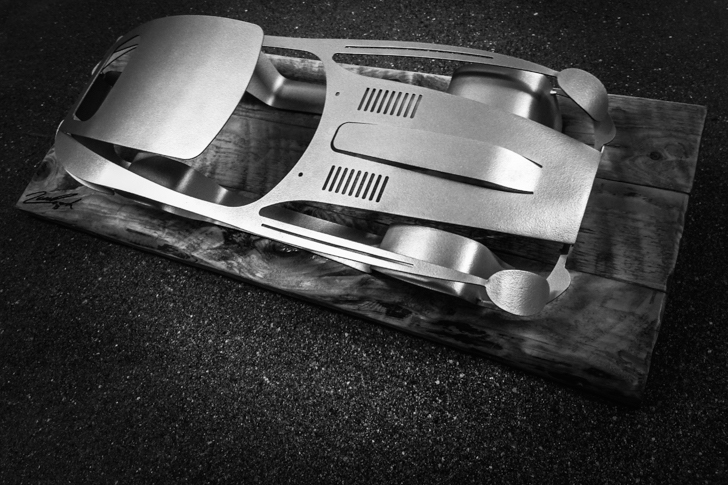 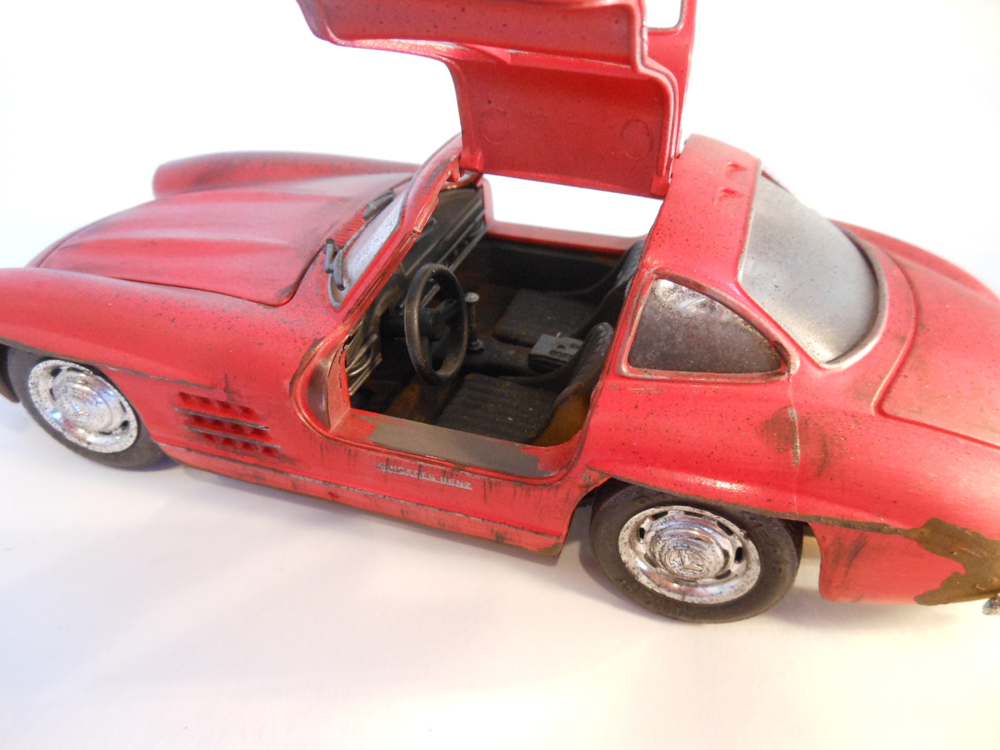