Ever wondered what a Formula 1 drivers does during his summer hiatus, aside from testing, training and one PR-related event followed by another. Not if you’re Daniel Ricciardo though, who took time out from his presumably knackering schedule to do some sightseeing across Los Angeles. And if that sounds like a Red Bull-related snooze fest, you’d be hilariously wrong. Teaming up with Donut Media, Ricciardo has been checking out local tuners and garages, as well as an array of jaw-dropping machinery.

First up is a low-riding SS Impala, and after a cruise and a couple of breakfast burritos, the three-time Grand Prix winner and his crew head over for a look at some classics in Beverley Hills, an excursion capped off with a flame-liveried Hot Rod. Given Red Bull Racing’s recently signed relationship with Aston Martin – plus the unveil of the AM RB 001 supercar – Ricciardo also takes a spin in a Vanquish V12. Turns out the he’s quite good… 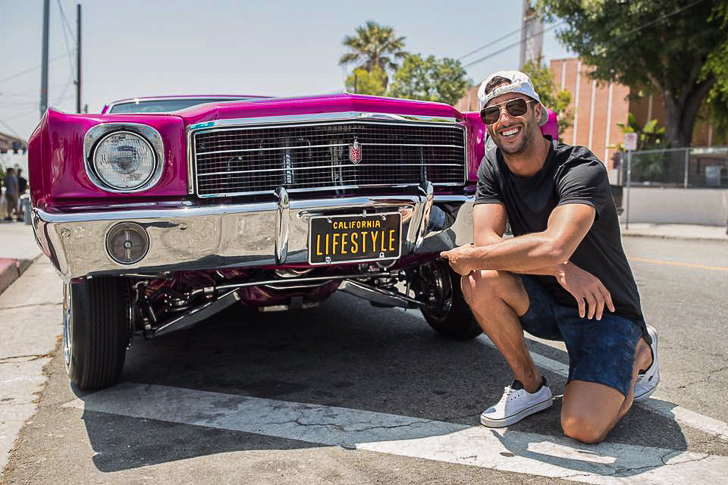