Try driving the Corvette C7 Z06 and not get pulled over by the police. Jay Leno fails. 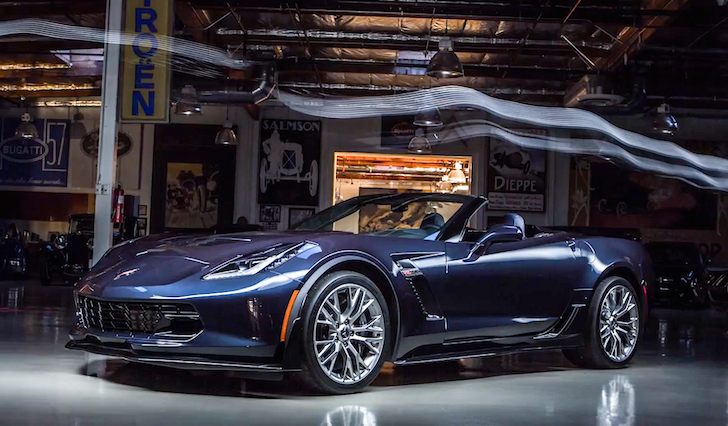 Just as all the hubbub about the excellent Corvette C7 starts to die down, Chevrolet is about to kick things up a gear. The new 650bhp Corvette Z06 has now arrived, and ups the lunacy levels considerably.

The 6.2-litre V8 under the carbon fibre bonnet is supercharged, the bodywork is super-aerodynamic and pretty much everything has been optimised for sportiness. It is, in short, a monster.

Talk show host and comedian Jay Leno, being famous and a big petrolhead, was lucky enough to get a sneak preview of a Corvette Z06 Convertible, with an eight-speed automatic gearbox. And before it’s even started, he’s being pulled over by the police.