Cadillac ATS vs Lexus IS350 F-Sport. Fighting back

In contrast to the Caddy, the IS doesn’t like to be rushed. It’ll tackle these roads, and there’s nothing about it that’s particularly bad, but there’s that discernable lack of telemetry coming back to the driver through the wheel and the seat of the pants. Despite the suspension upgrades, there’s more roll and a vagueness to the steering that doesn’t inspire confidence. The eight-speed transmission is technically impressive, but again it conspires with the better insulation to take away from the feeling of connection and involvement with the road. It’s almost too smooth – brilliant at a cruise, but compared to the slight kick that the Cadillac’s ‘box gives you, both on auto or manual, it’s just a bit… well, safe.

Twist the centre console dial from Normal to Sport and the dashboard lights up accordingly, and the gearbox holds higher revs, but it still doesn’t give as much enjoyment as the American machine.

If your priorities lie with kerbside appeal, I’d have to recommend the Lexus. Its paint colour does it many favours in this head-to-head, but in any hue it’s a sharp, modern and different design that stands out not just from the Cadillac but from the German opposition too. However, the interior is starting to look dated, and while it’s brilliantly comfortable, there’s not too much in the driving experience that really encourages you to take the long road home, or head out on the weekend just for the hell of it. Even in this F Sport derivation, it feels tame. The Cadillac on the other hand feels less refined on the road than the Lexus, and while handsome doesn’t have the IS’ wow-factor when it comes to looks. But it’s nicer inside and manages to inject some adrenaline into the driving experience. I’d back the US contestant to put the smile on a driver’s face. 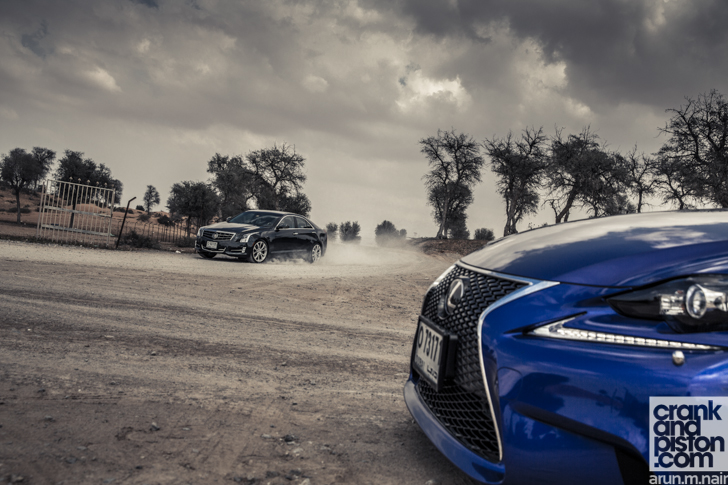 How do they compare to the European opposition? Well, in terms of pure drivability, neither of these quite has it nailed. One could argue that they don’t have the cachet of a BMW, Audi or Mercedes badge, and the Audi has the best interior while the BMW is best to drive. Mercedes has an all-new C-Class coming later this year, so it looks set to renew its assault on the segment. When you start looking at prices, however, things look more positive. The Audi A4 3.0 is $48,172, but lacks power compared to its rivals with less than 300bhp. The Mercedes C350 is due to be replaced, and costs $54,300, while the BMW 335i is a hefty $65,341.

In comparison, the IS350 starts at $51,728, or $57,173 for the F Sport model. The top-of-the-range F Sport Platinum we tested is a stonking $62.619. It has the looks and the comfort, but I’m not convinced that it’s worth the extra money over the Audi if those are your priorities, and it can’t rival the likes of the BMW for performance. The Cadillac on the other hand, starts at $46,555 – the cheapest of the lot. With a ton of tech, handsome looks and more power than any of the rivals, it’s well worth a look. 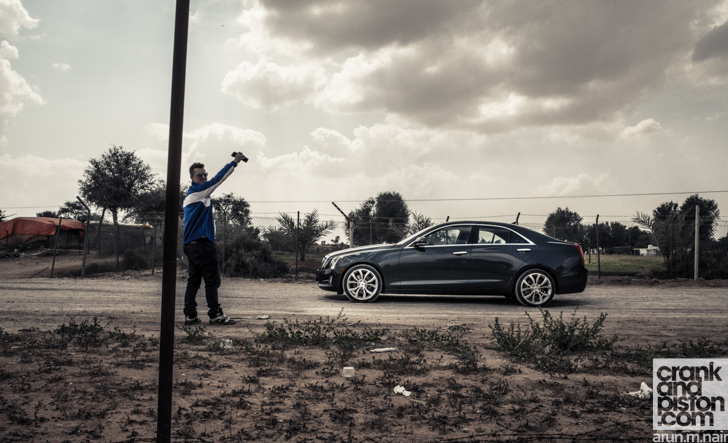 Sure, the Cadillac not quite as well built as the Audi and not quite as fun as the BMW, but for the price, it’s really worth a serious look. It’s definitely more enjoyable than the Lexus, if not quite as refined on a cruise. For that money, it’d be my choice. No wonder General Motors is pleased with itself.