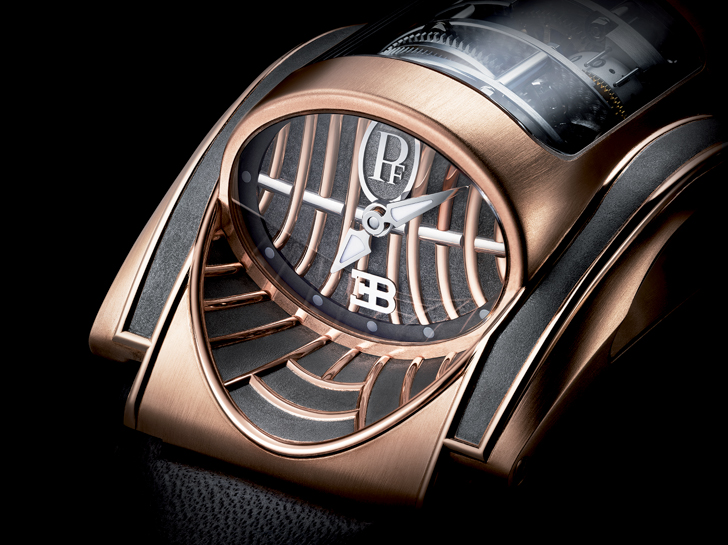 Across their ten-year partnership, luxury hypercar manufacturers Bugatti and respected horologists Parmigiani Fleurier have strived to create something more than just a simple ‘tribute’ watch with an embossed logo, snappily coloured case and an outrageous price tag. They have, in their own words, attempted to make ‘cars reborn in watch form’. PR spin at its finest certainly, but there is something to this horribly clichéd statement. 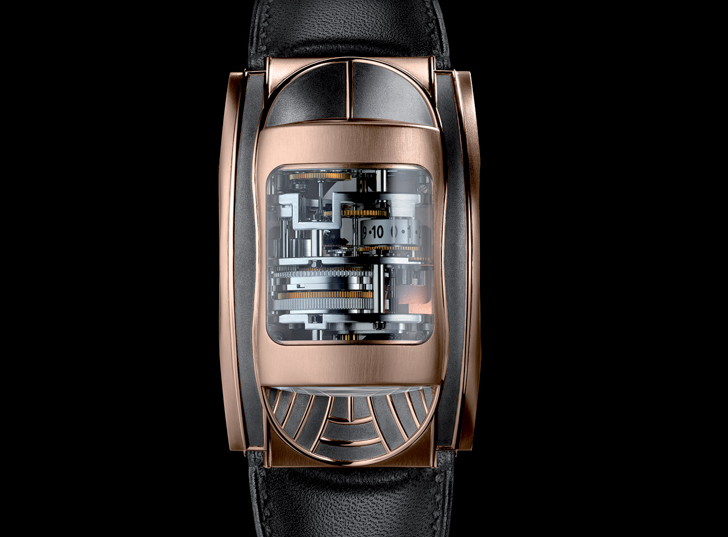 Take the Type 370 for instance, Bugatti’s first collaborative effort with the Swiss watchmakers launched in 2004. Inspiration came from the Veyron’s massive quad-turbocharged W16 engine, the only viewable element underneath the sportscar’s bodywork. This same principle was applied to the watch, the dynamometric works fully visible behind the sapphire glass cover. But there was more. Inspiration also came from racing drivers of the 1930s: mounting the watch laterally on the side – rather than the front of the watch – meant the owner could look at the time without taking his hands off the wheel: the Type 370 was, in essence, a ‘driver’s watch’. Customers with the necessary bulging wallets lapped the design up, so it’s no surprise that the tenth anniversary limited editions time pieces have followed the same model. 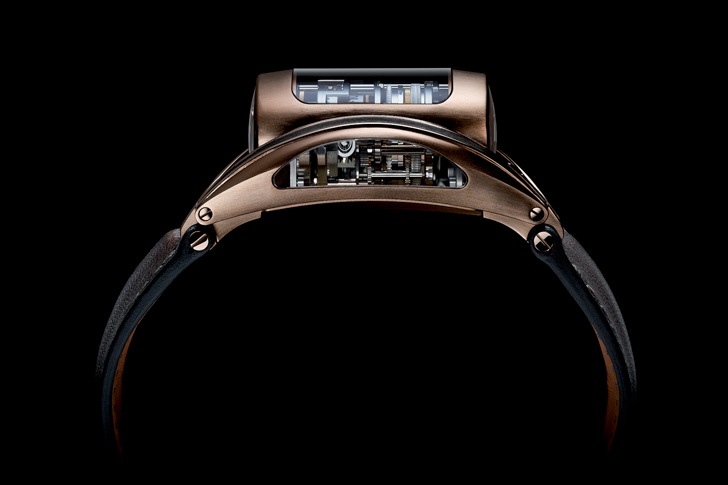 Alongside the Victoire and the Révélation, the Bugatti Mythe (pictured) is probably the most notable since its distinctive design is inspired by front grille of the legendary Type 57, while the case itself is meant to be reminiscent of a classic Bugatti engine hood. There’s also a link between the ‘industrial’ anthracite grey case and ‘artisan’ burnished gold surfaces, but frankly we read the description four times and still have no idea what that means.

Of course, anniversary editions from Bugatti rarely come cheap, and the Mythe is no exception, since it costs $430,000. In 2010, that kind of cash would have got you Michael Jordan’s McLaren-Mercedes SLR 722…

The largest Bugatti showroom in the world opens in Dubai, UAE