It’s bigger and heavier than before, and is now auto-only. So can it copy the new M4’s trick of still being fun to drive? You bet it can 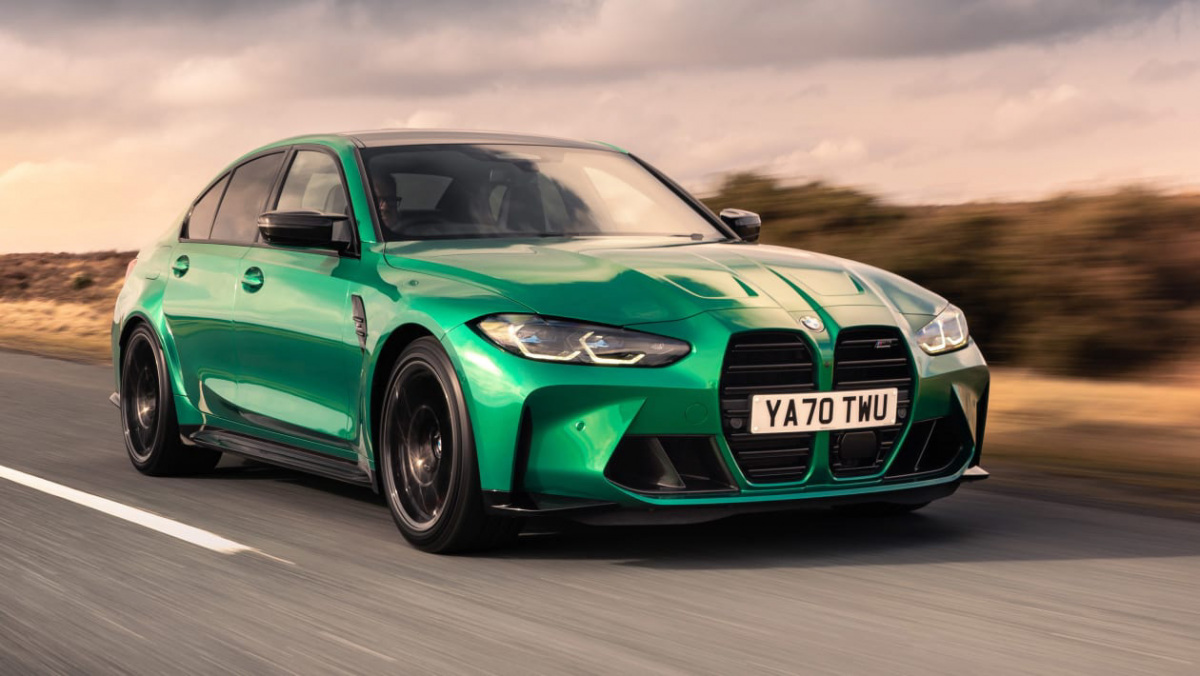 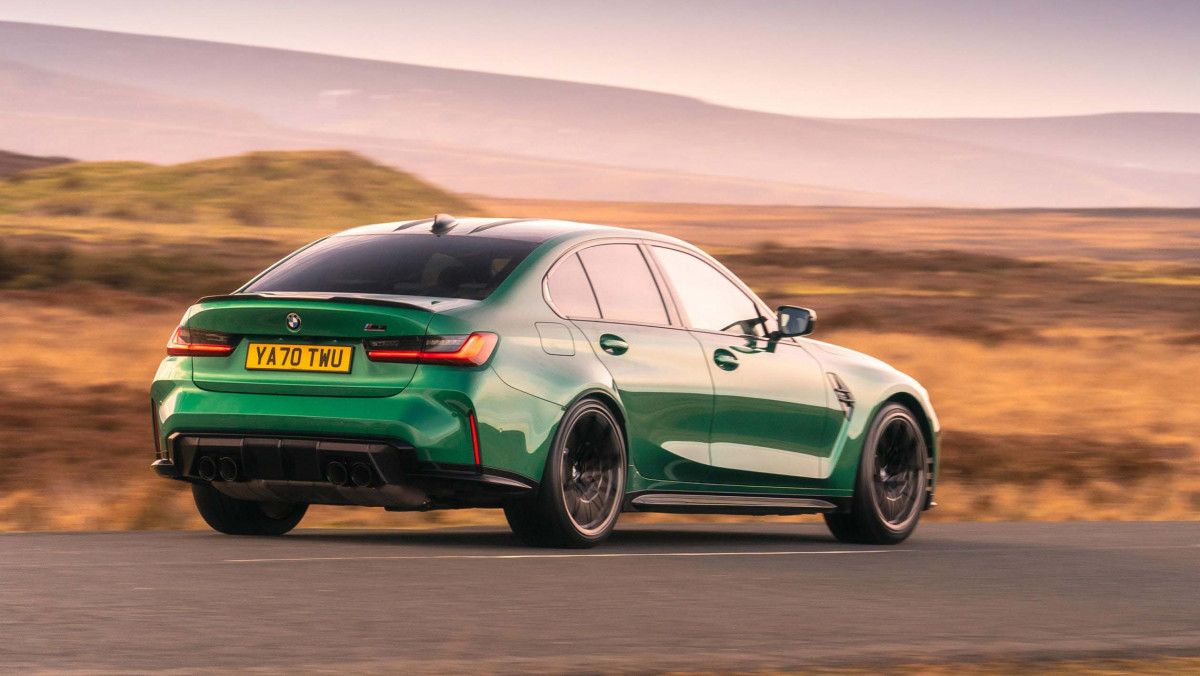 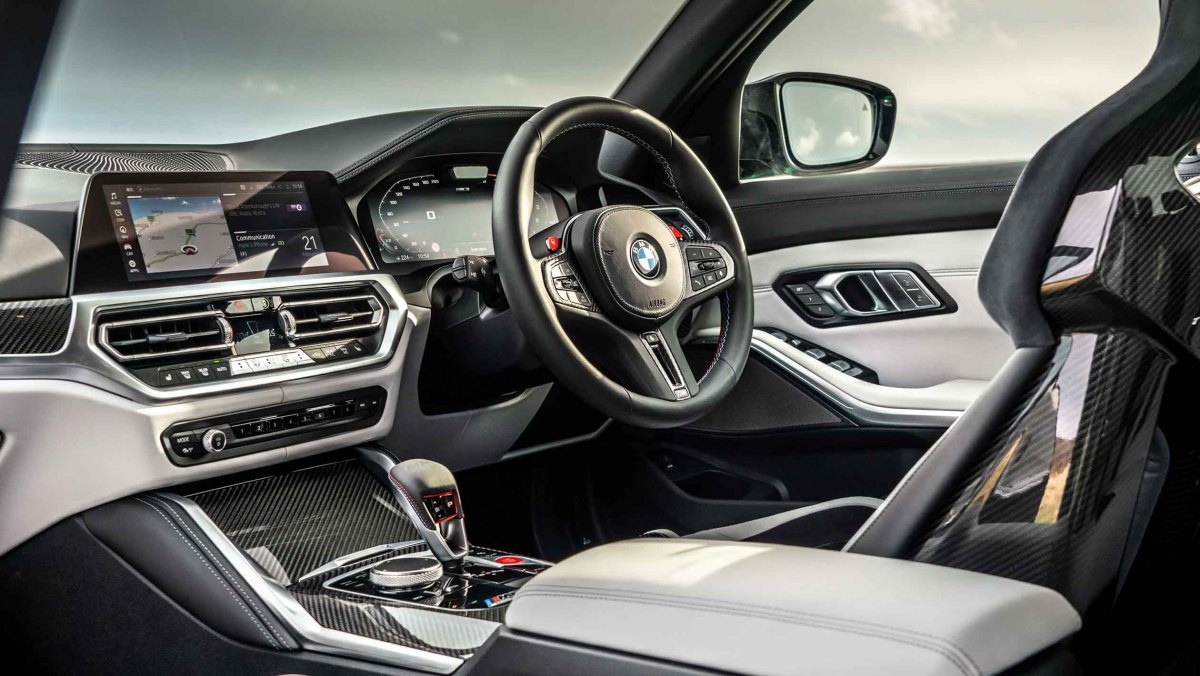 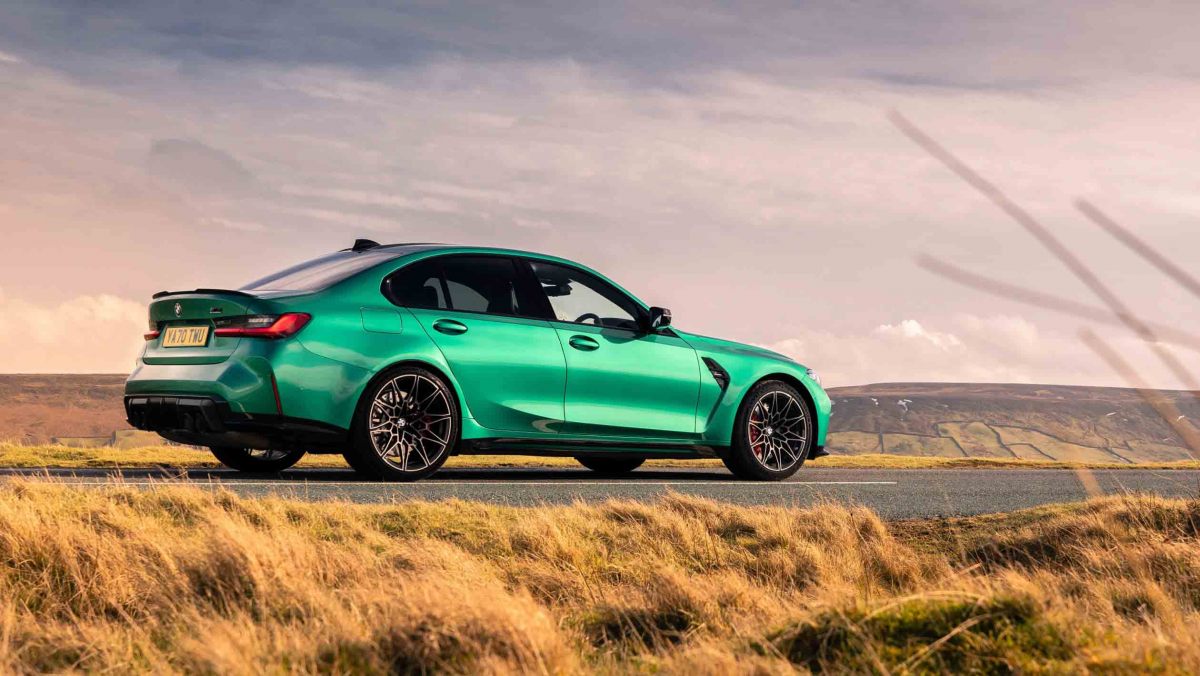 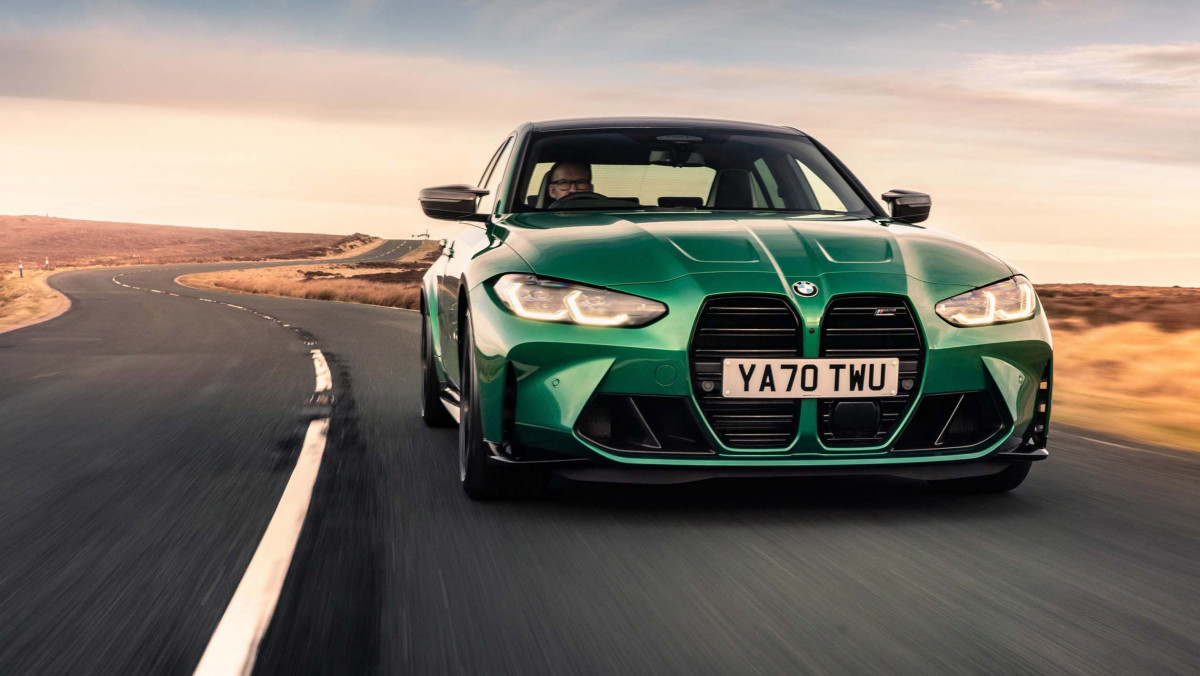 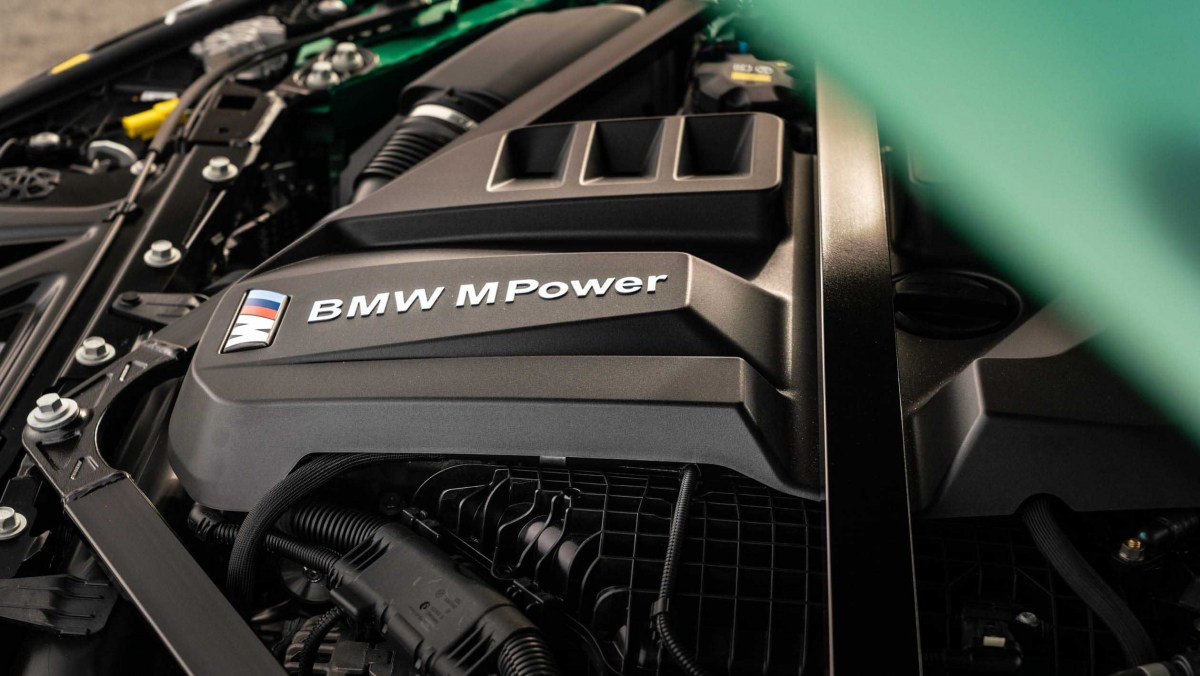 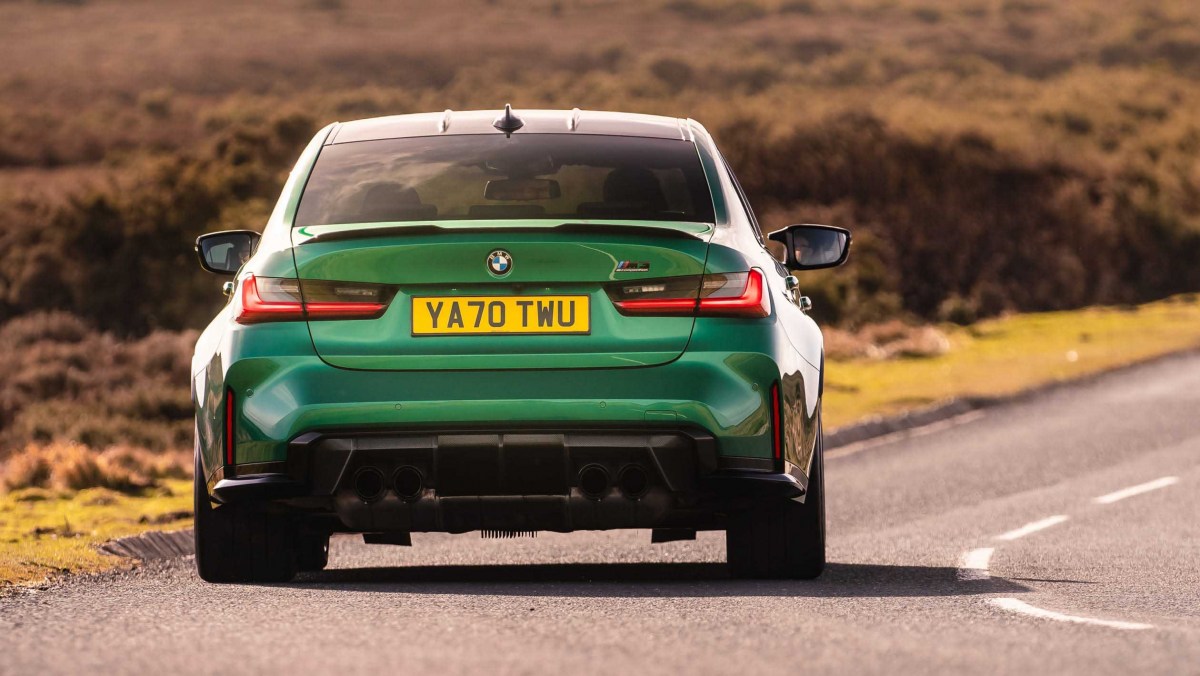 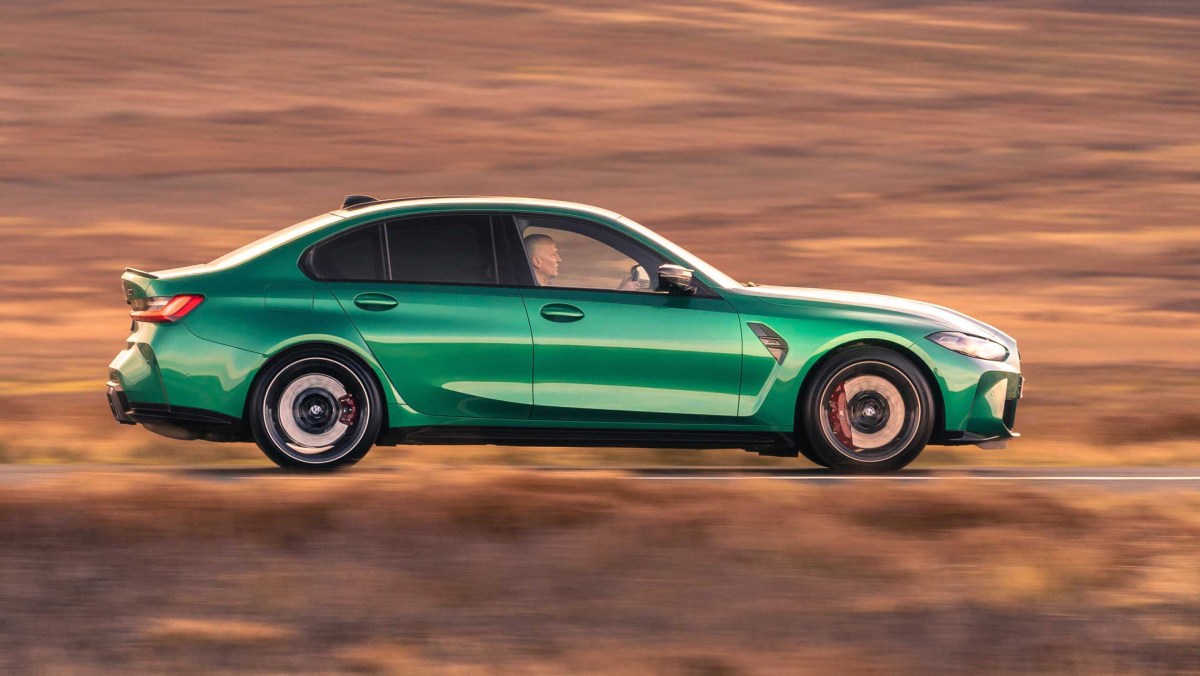 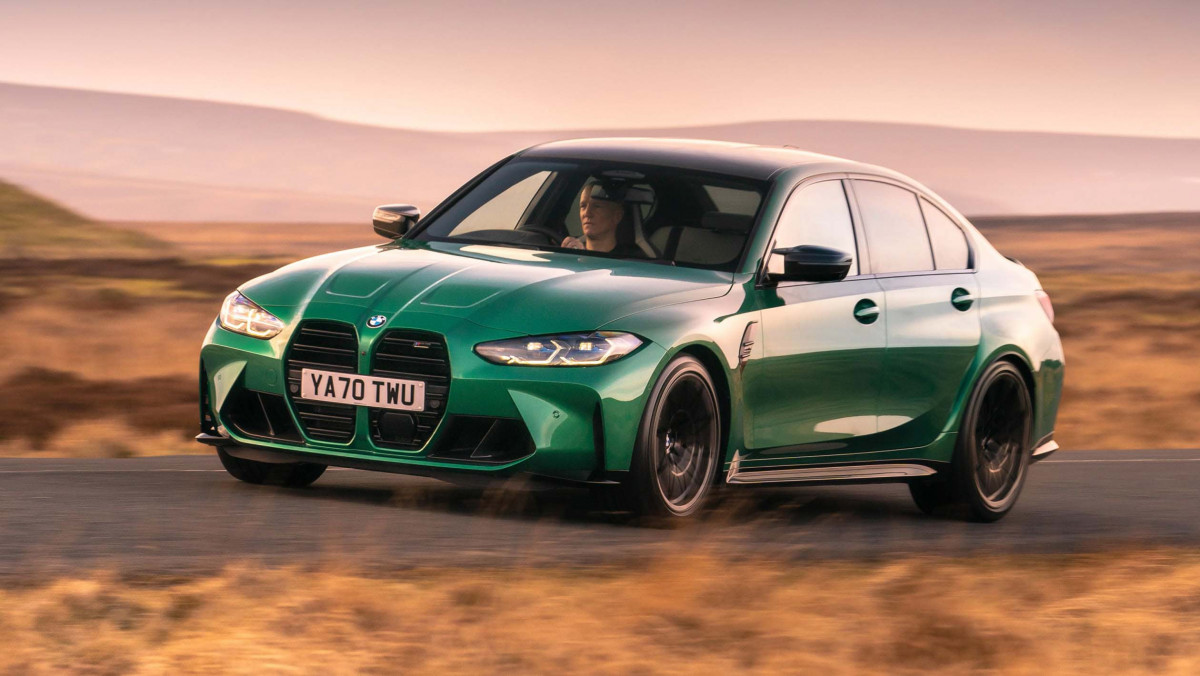 BMW’s M-range used to be a straightforward concept to get your head around. There was the small, racy one: the M3. There was the bigger, more relaxed one: the M5. And that was pretty much it. But that was also 30‑plus years ago and it really is time we moved on, isn’t it? After all, BMW M has.

It would be simple to dismiss the new M3 Competition as nothing more than a four-door incarnation of last month’s cover star, the two-door M4 coupe. But that’s never been the whole story since BMW M announced in 2013 that it was to add to the M3 stable and split the range, resulting in the two-door coupe and cabriolet gaining the M4 nomenclature. Curiously, for many the Three has consistently outshone the Four. While the latter has offered the more traditional coupe looks and stance, the former always felt like a more rounded and finely polished product. For many, the saloon has also looked the better of the two.

Which brings us neatly on to the G80 M3’s design, which surely we are over now, aren’t we? Yes, the new grille proves that Audi is not alone when it comes to offering oversized face furniture on its cars. And for some the new face of BMW’s fastest models is on a par with Ripley giving birth to an alien. See one in a car park or on the road (the new M3, not a Xenomorph) however and the initial shock dissipates. In a subtle hue it has all the menace you would expect of a full-blooded M-car, a car you get a good feeling about every time you approach it. I like it. There. I’ve said it.

From its rear three-quarters there’s enough aggression from the four exhaust tips, diffuser and gently swollen arches to draw you in. In profile there’s just the right amount of surface detail mixed with chiselled edges to mark it out from a regular G80 saloon, which looks a little slab-sided by comparison. Essentially, pick any colour other than the acid yellow and lizard green that BMW used for the model’s launch and the G80 M-car looks every part the subtle(ish) supersaloon.

It looks big, though. Remove the M3 badge from the bootlid and you’d be forgiven for thinking you were looking at an M5, a consequence of a set of haunches that a second-row forward would be proud of. Go for the optional M Carbon Pack and the various additional aero elements are all finished in the glossy black stuff, while the interior gains the carbon-shelled bucket seats. If you too are slightly wider of body you might find the exaggerated bolsters a little tight for comfort, and regardless of your size, getting in and out of them isn’t for those who favour easy ingress and egress. Certainly worth a try before you buy. We’ve also yet to work out what the little carbonfibre tray at the front of the seat’s base is for. BBQ dip from the drive-through, perhaps.

Of course there’s a thick-rimmed steering wheel; it wouldn’t be an M-car if there wasn’t a rim that required hands more suited to a slip fielder, although the latest item in the G80 feels slimmer than previous generations. The ergonomics are hard to fault, although the seat doesn’t go low enough for those who like the sensation of being sat on the floor, but we’re talking minimal levels of additional adjustment; this isn’t a GR Yaris’s bar stool.

As with the M4, firing the engine is a case of putting your foot on the brake pedal and thumbing the starter button on the transmission tunnel. No clutch pedal to depress, no gearlever to waggle to check it’s in neutral; try a G80 M3 (or 4) with three pedals and a stick. Regardless, the S58 motor fires with a satisfying burble. It may be augmented through the speakers but it’s as authentic a sound as you could hope for. Outside, however, even with the exhaust valves open, the latest emission filters stuffed into the system result in a rather muted tone.

It’s an engine that impresses instantly. There’s a sharpness and responsiveness to the throttle action that you don’t expect from a turbocharged motor and a sense that there’s been a great deal invested to get this just so. It’s not Ferrari or Porsche levels of rapid response, but the M3’s straight-six certainly doesn’t feel or sound like an engine that originally saw service in a performance SUV. A handbuilt in-line four or a CSL’s straight-six it might not be, but it’s streets ahead of the F80 M3’s powerplant both in terms of first impressions and what it’s capable of.

It’s the reach of this engine that you can’t get away from. Regardless of the gear you’re in, there is either just the right amount of torque to catch a ride on or you find yourself in the peak of the power band and able to judge each 100rpm increment with measured movements of your right ankle. As the revs rise the soundtrack builds, matching the pace to each octave for an immersive experience. It’s not as hard-edged nor as raucous as an M2 CS’s 3-litre when you reach its peaks, but it suits the nature of the M3 as a consequence.

What, then, of the wet-clutch automatic transmission replacing BMW’s quicker-shifting double-clutch DCT unit? It’s certainly smoother than the DCT, especially so in Drive, and in terms of shift speeds it isn’t going to leave you cursing BMW’s accounting department for insisting on the more cost-effective ’box. Bring the paddles into play – nicely shaped, of a good size and with a mechanical action that gives the impression of being a nice piece of engineered componentry rather than a clip-on part – and the shift speed is no different until you dive into the driving mode settings. Sport mode sharpens each shift to a point that you’d expect to be the regular speed for an M-car; Sport Plus sends a jolt through the car to leave you in little doubt that you’ve wound everything up beyond the norm.

Find somewhere for the new M3 to let rip and the result is a car that disguises its 1730kg bulk like it has no right to. The responses are instant, the speed it gathers unrelenting, piling on as the revs rise and your gear selection gets higher. Very quickly you’re short-shifting, forgoing the buzz of the engine’s higher echelons for the torque shove that’s so accessible, and in the process hopefully avoiding a trip to a magistrates’ court. Its predecessor was quick, capable of getting you to the next braking point at a considerable lick, but the G80 not only betters it but does so with more sophistication and tangible depth of quality.

The biggest step on? How this new G80 M3 doesn’t want to hurl you into the ditch the first time you open the throttle on anything but a billiard- table-smooth surface. You sense the improved body control within the first few kilometers; the ride feels more settled – though for some it will still be too harsh even in its softest setting – and more capable of absorbing the surface and being able to filter out the unnecessary noise. The springs and dampers feel more compliant and more suited to the road, softer in their actions and working in tandem with the stiffer shell that has allowed BMW M’s engineers to tune the chassis accordingly.

On a tighter road there’s great stability under braking, with just enough pitch to not be distracting, and what lean there is as you commit the nose is at a level you can work and push against rather than having to constantly manage. With more time and experience you soon find yourself asking more of the 275mm-wide front Michelins, the resistance building through the steering wheel as they bite harder. And then it’s down to how early you want to open the throttle. Too early in the first two gears will happily stir the stability systems – this M3 is still rear-wheel drive remember, although all-wheel drive will become an option later in the year – but slacken them off a notch and there’s a big enough window to allow the rear axle to generate maximum forward momentum balanced with minimal sideways slip.

It’s on quicker roads, where the surface bucks, twists and throws up a horrid camber or two, that the G80 makes the largest gains over the car it replaces. There’s so much more composure coming back at you, with a front axle that feels more determined to seek out grip and a rear that’s able to work with the surface and flow with clarity rather than try and hammer it into submission.

And all the time the new M3 Competition is serving up its most impressive trick of all: masking its bulk. If someone told you it weighed 1600kg you’d have little reason to doubt them; the fact that you can add 130kg to that figure takes some serious processing power from your cranium to compute. Although nowhere near as much processing power as the car’s various electronic systems require to make it feel this way.

Perhaps the biggest compliment that can be paid to the new M3 is that while it may have proportions more suited to an M5 from a couple of generations ago, it manages to drive, steer and thrill in as close a fashion to an M2 Competition as is possible to get from a car that’s both bigger and heavier. Thirty-five years of development has that effect. 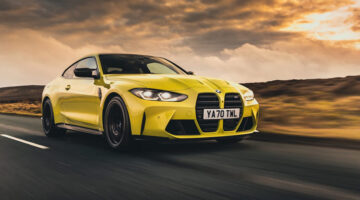 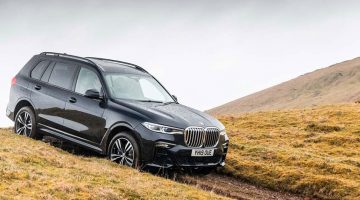