Competition upgrades unlock the latent potential of the BMW M2, making it one of the most entertaining coupes money can buy 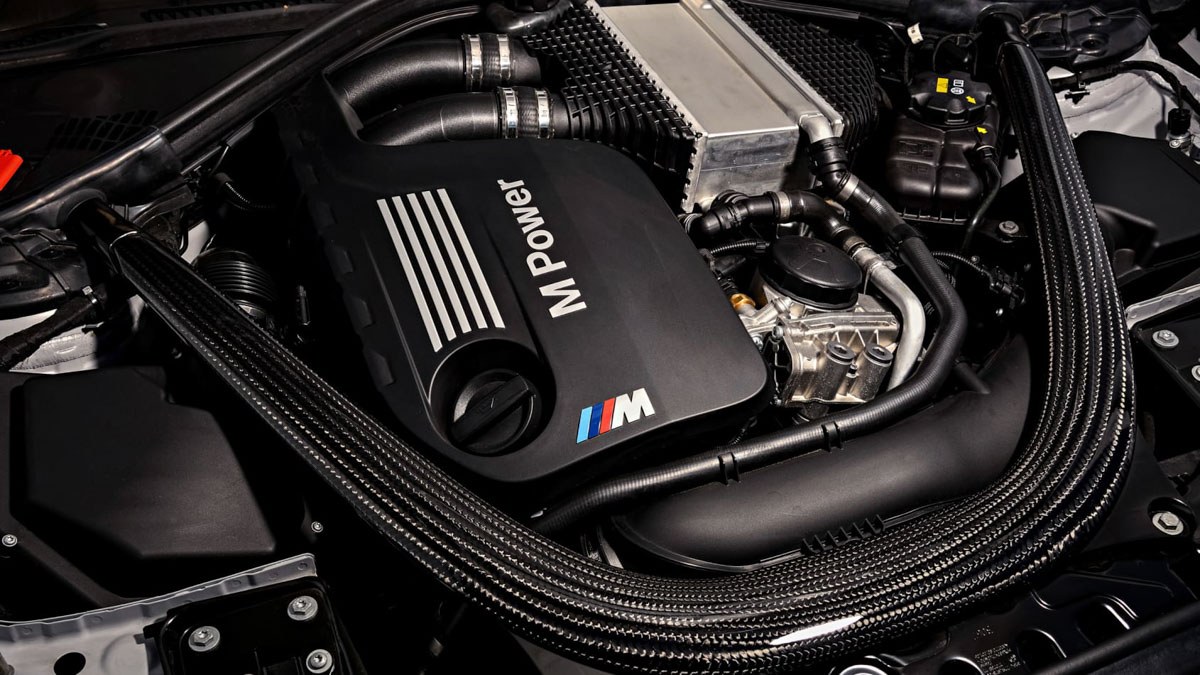 The BMW M2 was a car that came so close to greatness. With its pugnacious looks, compact dimensions and biddable rear-drive handling it had all the key ingredients to fill that E30 M3-sized hole in the BMW line-up. Yet while it had the measure of more traditional hatchback rivals such as the Audi RS3 and Mercedes-AMG A45, the M2 never really caught the imagination like it should. Some of the shortfall could be traced to the slightly ragged on-limit handling, the rest to an engine that was effective enough but lacked heart and soundtrack of a true M unit.

Happily, both of these areas have been addressed in the new M2 Competition. For starters, the old M135i 3-litre straight-six has been ditched in favour of the full-fat twin-turbocharged version from the larger M4 (and M3, of course). There have also been chassis tweaks that run to extra strengthening for the bodyshell and stiffer rear axle mounts. To maximise the gains delivered by these tweaks BMW’s engineers have also recalibrated both the ESP and the electronically controlled limited slip differential.

Externally, the M2 Competition can be identified by its even more aggressive looking grille and a front bumper that features larger air intakes to feed the upgraded cooling system. There’s also gloss black treatment for the some of the trim and the rear badge. Inside, there are the same high-backed seats used in the M3 and M4 (complete with illuminated badges in the backrests) and a smattering of extra buttons on the transmission tunnel (these give the opportunity to tailor the steering and throttle individually, just like on the other M cars).

Together these changes make for a far more desirable machine; one that finally fulfils the early promise of the original. The engine now sounds as good as it goes, while the extra precision in the chassis allows you to better exploit the M2’s natural balance.

In updating the M2 BMW has looked to the larger M4 for inspiration, and parts. The bigger car already donated its front and rear suspension assemblies, but now it also hands over its carbonfibre front strut brace and bulkhead brace, increasing rigidity and therefore delivering more precise and accurate steering, or so the theory goes. Elsewhere, the multi-link rear axle gets ball joints in place of the old car’s rubber bushes, while both the electronically controlled rear differential and the stability control have been treated to some digital development to cope the car’s ‘greater agility’. However, like the old car there’s no option to upgrade to adaptive dampers. In fact, the spring and damper rates are carried over unchanged.

The brakes have been subtly upgraded, but given the amount of strain they’re put under we’d suggest opting for the $1755 Performance upgrade that features larger 400mm discs. For $2725 you can add the M driver’s package, which raises the top speed to 280kph (useful) and signs you up to an advanced driving course.

It would have been all too easy to simply treat the M2 to a light facelift, but BMW’s M Division doesn’t do things by halves and instead its entry-level motor has been subjected to a full-on heart transplant. Out goes the old M135i based engine and in comes the glorious S55 motor, with its twin-turbos, ‘closed deck’ block, lightened crankshaft, enhanced cooling system, strengthened pistons and all. There’s also a new exhaust system, complete with de rigueur active bypass valves for a more bombastic soundtrack. The result is 404bhp and 406lb ft – increases of 39bhp and 37lb ft respectively. Very promising. As before, drive goes to the rear wheels either through a six-speed manual gearbox or an optional seven-speed DCT twin-clutch.

As you’d expect from such a big engine in such a relatively small body, the performance is startling. The benchmark 0-100kph sprint is dealt with in 4.2sec (4.4sec in the manual), while top speed is 280kph if you stump up for the optional M driver’s package. In fairness that’s not much faster than the old car. What’s changed is the way it delivers the goods – and it’s very much for the better. It pulls from low down with the same lag-free muscle of the old unit, but it now has hunger for revs, eagerly spinning around to 7500rpm redline with a lovely mechanical growl and just a hint of turbo whistle. It’s enough to make Porsche 718 Cayman owners weep. It’s an engine you want to wring out time and time again just for the hell of it.

Despite its occasionally notchy shift action the six-speed manual is still the gearbox of choice, as it delivers a welcome extra layer of driver interaction – the DCT is fast and effective, but it can sometimes thud home ratios, upsetting the car’s composure. There’s now a rev-match system for downshifts, but it can be disabled by either switching off the ESP (steady now!) or by rummaging through the various driver settings.

We got to drive the M2 both on the road and the track, the brilliant Ascari in the south of Spain. We hit the track first and you notice the improvements almost immediately. For starters, the body strengthening has done the trick. The already meaty steering now feels more precise, the front end responding crisply to your instructions. Traction is strong out of the slower corners, while through the faster turns there’s beautiful balance, the subtle stabilising understeer easily neutralised with a stab of the throttle. Switching off the stability control reveals a car that can be steered as effectively with your right foot as it can with the steering, the stiffer rear axle and tweaked diff delivering a more faithful and progressive breakaway. At the end of our stint the only demerit is the grumbling of brakes – although they still stopped the M2 effectively.

On the road there’s the same underlying firmness as the old car, the BMW jiggling in rhythm with the road at low to medium speeds. Yet pick up the pace and this tautness is your ally, helping keep the Competition’s cornering stance flat and tightly controlling body movements – only over a short but wickedly bumpy stretch does the short wheelbase M2 get unruly.

At saner speeds there’s virtually no front end slip, which gives you confidence to commit from the moment you turn the wheel. Yet there’s still plenty of scope for it to show its playful side, the combination of stump-pulling torque, sharp throttle and new found precision in the rear axle allowing you either to revel in strong traction or to gently rotate the car at corner exit.

The M2 Competition commands an additional $4000 over the old car, but given the bump in performance, agility and driver engagement, it’s a small price to pay – not only do you receive a much improved driving experience, you also get a handful of kit, including those new front seats.

Squaring up to the M2 are a four-door saloon, plus a two-seater coupe. The Audi RS3 in its most desirable four-door saloon guise undercuts the BMW at $59,500, yet it’s also down on power, with ‘just’ 394bhp. That said, the turbocharged 2.5-litre five-cylinder sounds brilliant, in a howling, offbeat kind of way. And in combination with the standard seven-speed twin-clutch gearbox, launch control and four-wheel drive it’ll crack 100kph in 3.7sec (a time we recorded in the wet!). However, while the Audi has bags of grip and safe handling, it’s also rather, well, undemanding and underwhelming to drive.

That’s not a criticism that could be levelled at the Porsche 718 Cayman S. Its mid-engined chassis is both blessed with sublime balance and a very chatty nature. It’s a car that rewards and engages like few others. To match the M2 on price you’ll need the $59,047 Cayman, but for performance the 349bhp $71,000 S is a closer match. Sadly, whichever you choose you’ll get the same thrummy and discordant flat-four motor that’s very effective, but ultimately charmless.

Porsche 718 Cayman review – the entry-level punches above its weight 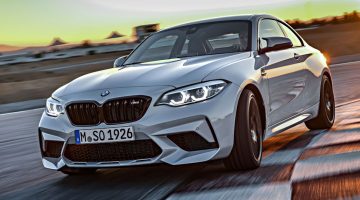