It’s almost a cube with wheels, but it’s electrifying and has suicide doors. We drive the first gen BMW i3.


The i3 is my first ever experience driving a fully electric car, and it really made me grow an interest in them – something I never saw myself doing. I’ve read so much about electrification in vehicles and the technology used to deliver both efficiency and performance, so on my short vacation to my home country, Jordan, I came across the i3 at the local dealer, Abu Khader and I had to have a go in it as they weren’t available in the UAE (they will be, later).

I realized that by the time I was away, the Jordanian government really took in fully-electric vehicles, from Tesla’s Model S and X, to Renault’s Zoe and Nissan’s leaf with the number of public chargers spreading around the city is growing gradually. Seeing so many of them on the road now did make me happy, because it’s introducing a whole country to a huge piece of tech AND education.

Back to my adventure with the i3

I took a brief introduction from the team at the showroom about the build of the car, and how BMW has created new factories to manufacture and recycle most of its parts in an environment-friendly process, then giving me tips on operating the vehicle… but, I thought I’d try to improvise and figure out how easy it is to use with no guidance whatsoever. So yay for clueless driver.
My first impression about the car, I wasn’t sure about how it looks from the rear, where it’s like a single piece of glass that is not glass, and the taillights weren’t separated in the design, so it’s new to me. Looking at the side profile, you can see the roof is tall, and because the wheelbase is not that long, it seemed a bit square-ish to look at. On the other hand, the front looked flat, but at least it had the general elements we’re used to in car designs.
Favorite parts about the exterior design? The rear reverse-opening suicide doors and the 19 inch wheels. When both right doors are opened, you get a massive area to access the cabin, and it does look cool from the side without the b-pillar. The 19 inch wheels cover the massive wheel gap, they fit right and the 10-spoke design also looks good.

To my favorite part of the i3, the interior. I’ve never liked a car’s interior so much, and all the materials used. It was like nothing I’ve seen in other vehicles, where there was actual wood on the dashboard, and the doors used lightweight recycled material that also felt nice. If there’s one thing that I’d change, it’d be the screens as they looked a bit awkward just floating there.

Electric cars usually weigh as much as fuel-powered cars and sometimes more because of the heavy batteries, but the first gen i3’s battery capacity wasn’t that big, so the weight was sitting at 1,350 KGs (including the heavy REx – range extender motor), and with the power of 170hp, that sorta worked out ok, but acceleration here is not related to cars with bigger transmissions. So far all fully-electric cars that I know of, have one single gear, quiet similar to electric radio controlled toy cars. Throttle pedal is all you need to control acceleration and power delivery, while the heavy engine/motor braking that recharges the battery, acts as if you’re downshifting. It felt quiet weird to deal with and did surprise me a few times, thinking I was braking by mistake.

Jordanian roads are quiet slippery, being very soft and could usually blind you if the sun hits them. They’re that soft. That didn’t really work well with the tires that the i3 uses, where it has 155/70R19 in the front and 175/70R19 in the rear. Almost bicycle wheels. This doesn’t only gets the wheels spinning on that tarmac, but could also cause to to understand and have a hard time braking, and that was the biggest factor when it came to driving the i3 in Jordan. I bet in the UAE it’d grant much more grip.

At the end of the day, I had to treat the car like a mobile phone, where before you sleep, I had to plug it to charge for eight hours straight to charge fully.
I found that quiet hard to deal with, as sometimes you could need instant charging which BMW doesn’t offer yet, or in case you had to go on a longer drive immediately. The main reason we’re doing this now with the first gen, is to see how different the i3 will become when the new upgraded battery comes out. Specially when not equipped with REx (range extender motor).
One a single day trip, where if I could remember correctly, after winning a drag race with a prius *cough*, I was able to cross a bit less than what’s on the brochure on the battery alone (claimed 120 KMs), but I was flooring it the whole time, loving the instant power delivery from the single gear transmission.

I mentioned the range extender several times, but I didn’t go much into it, that’s because I only encountered it working once, and it saved me from parking on the hard shoulder and waiting for a recovery truck.
The REx is a small 0.67 Litre 2-cylinder petrol powered generator, where it does not give any power to the wheels, rather than only recharge the battery to continue the movement for an additional 130 KMs. For a market that is not educated with electric cars explains why the first batch of 40 cars in Jordan were all REx equipped.

For every trip with the i3, it needs to be planned by mileage. I had a great time with the instant torque delivered by the car, and would definitely consider driving one if I was living in a small sized city. But then, BMW promised much more range with the upgraded batteries coming soon. Till then, I’ll be driving my petrol-powered BMW E46. 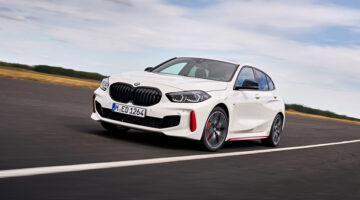 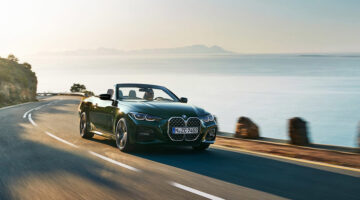 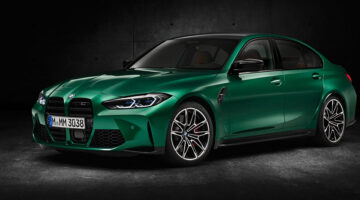