Inspired by Bentley’s success at Pikes Peak, the Limited Edition Continental GT packs some visual punch based on the record-breaking racer 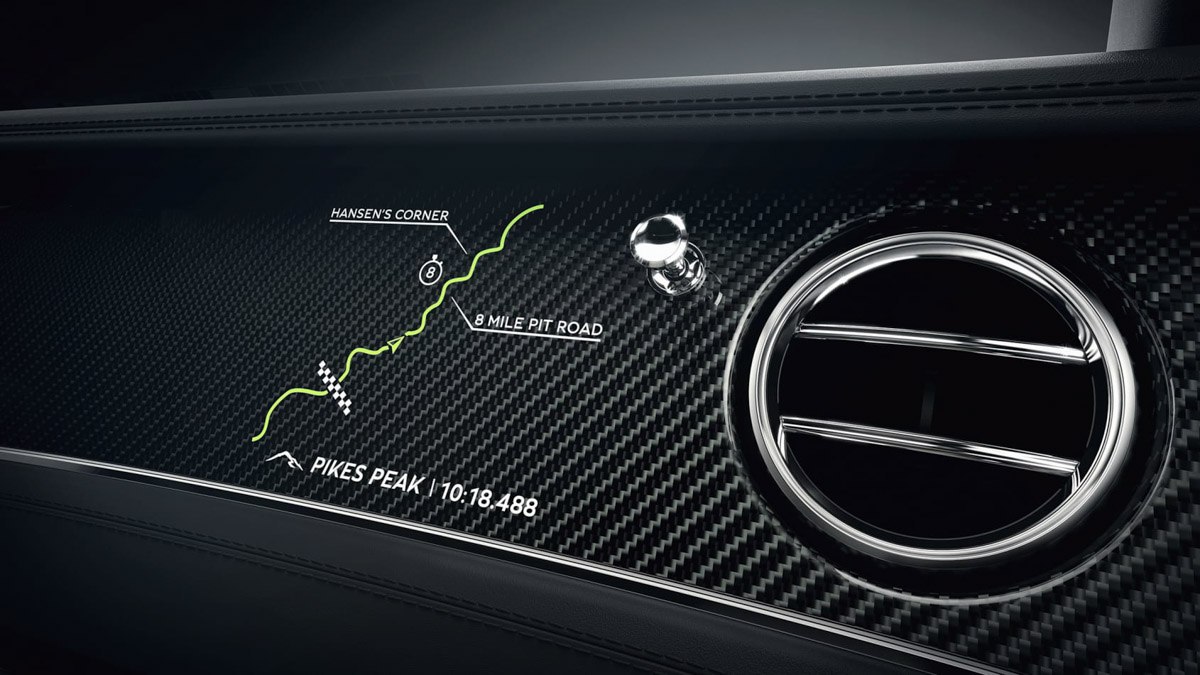 Bentley broke the production car record for the treacherous Pikes Peak Hill Climb with its new Continental GT last year, and so has decided to celebrate the achievement by releasing a special edition. It has creatively been called the Bentley Limited Edition Continental GT and is based on the current W12-powered flagship version of the coupe, and features a host of aesthetic touches inspired by the actual record-breaking example.

The Continental GT will be available in two colour options – a simple black, or eye-searing Radium Green metallic – with bespoke gloss black inserts on the front bumper and rear bootlid. The roof panel, wing mirrors, brightwork and standard 22-inch alloy wheels share the same finish, which is complemented with a carbonfibre aero pack, consisting of a subtle front spoiler, side skirts, rear diffuser and lip spoiler.

Also unique to the Limited Edition is an Acid Green finish to the brake calipers, and a set of ‘colour series’ Pirelli tyres with a matching Radium Green stripe on the tyre sidewall. For the full racer effect, customers can also option a ‘100’ motif painted onto the black mesh grille, celebrating Bentley’s centenary year.

The interior has been through its own set of changes, with a gloss carbonfibre finish to the sweeping dash and door panels, offset by black Alcantara with green stitching for the seats, steering wheel and other upholstered areas. Green inserts have also been included inside the Bang & Olufsen speaker grilles, while a graphic representation of the Pikes Peak hill climb, and Bentley’s record-breaking time of 10:18.488 there, have been printed under the lacquer on the passenger-side carbonfibre trim panel.

Under the bonnet, the Limited Edition Continental GT features the same 626bhp 6-litre twin-turbocharged W12 power unit as the standard car, with no other technical changes. Prices have not been released for the 15-unit global production run, but we suspect it will be a fair jump over the standard Continental GT’s starting price of $197,000.