Behind the lens with Jayson Fong

After years spent shooting local race events in Australia, this motorsport enthusiast has since taken in two of motor racing’s blue ribbon events – the 24 Hours of Le Mans and the Bathurst 12 Hours – as he continues to stock his portfolio. Not content with simply chronicling each event, Jayson Fong hopes to bring a distinctive look to his work – both photography and canvas artwork – in his newfound life Behind the Lens.

Jayson, what got you into photography in the first place? What previous jobs did you undertake to get where you are today?

“Actually it was when I bought my first car three years ago. Before that I always enjoyed looking at good photography, but never saw it as an artistic medium I liked to work with. Then when I bought the 2006 Subaru Impreza 2.0R, I became interested in capturing it from the best angles through a lens. After that, I started shooting my friends’ cars, then began attending car meets and club events, and this eventually led to work in automotive advertising and editorial.

“As fun as this was though, I couldn’t help but feel that my work could be (to an extent) replicated by others if they were given the time and equipment to do so. There has always been a part of me that has wanted to create unique work and that became a driving force behind my photography. It wasn’t long after this that I was exposed to motorsport.”

So what was your first motorsport event?

“It was the World Time Attack Challenge event in October 2013, and that allowed me to bring together my desire to produce unique images and still shoot cars. It was even better that these were fast cars in the environment they were built for.” 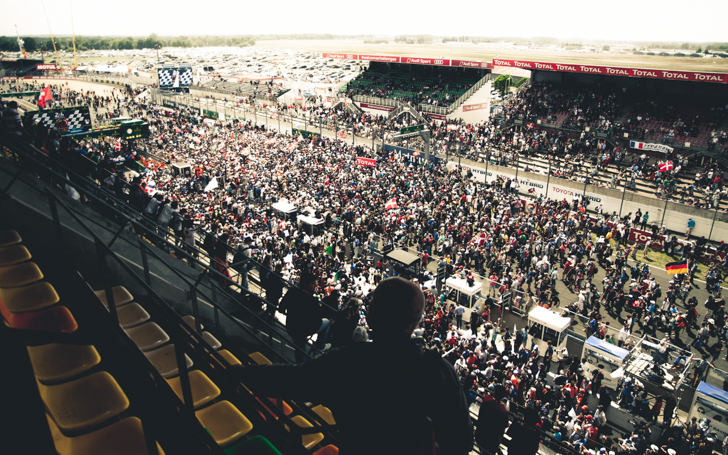 Have you always been an enthusiast of motorsport?

“Oh I’ve always been a motorsport enthusiast, but after shooting at few events, I definitely became more interested in learning about the different aspects of racing. So much so that after finishing my Product Design degree in November 2013, I decided to bite the bullet and move to the UK so that I could be closer to the heart of racing and the opportunities that could come with them.”

What is your favourite aspect of motorsport photography? The drivers? The cars? The atmosphere?

“I’d have to say it’s the atmosphere of a race weekend as a whole. Although it is really important to capture the cars and the drivers in attendance, I think they become a bit lost without context. This is where the atmosphere plays such an important role: an image that places the car with the crowd and the circuit is critical. I’m quite lucky that I can concentrate on shots like these, since my brief is often much more open to atmosphere and ‘the experience’ than other motorsport photographers.

“It’s always really cool. Every time I’m on my way to a race weekend, I’m very eager to get new shots. And it’s not just a feeling that hangs around for the beginning of the day and wears off. I’m often very eager to get back to a computer to get through all the shots as soon as I get home. In many cases, the photography is actually the first stage of a process for me, as many of the images become the foundation for my work on canvas.” 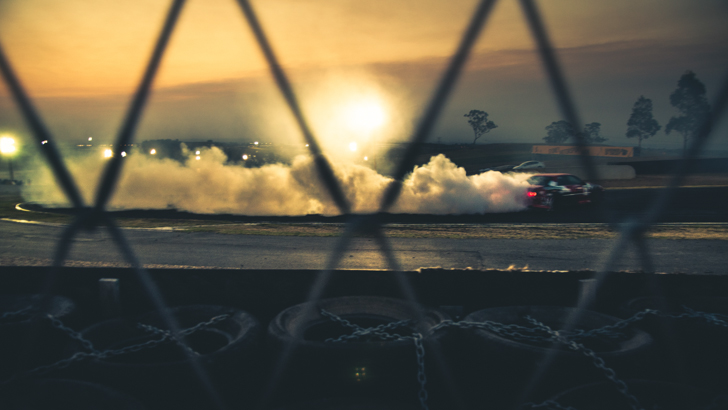 Does the equipment you use help your work with canvas?

“Well I try to travel as light as possible no matter where I go, and as a result have got to know my camera equipment really well. As well as a Nikon D700 (plus grip) and a Nikon D300s, I use a Sigma 24-70mm f/2.8 lens, a Sigma 70-200mm f/2.8 and a Nikon 50mm f/1.8, plus a Nikon SB710 speedlight. Try to guess if I have a preferred make! Then there’s the editing of each image, so I need to carry my laptop and two portable hard drives from media centre to media centre. Sometimes I like to grab some video footage from race events too, so I always carry a Go Pros and their mounts.

“They’ve helped me get the job done. Nothing overly fancy I must admit, but that mainly comes down to budget and mobility. However, when it comes to really special events I usually end up hiring specialty gear that I wouldn’t always need, like a 400mm lens.” 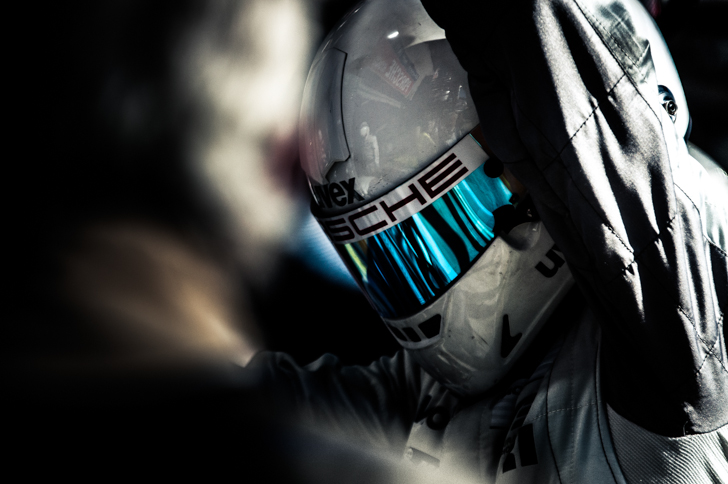 These ‘special events’ you mention. Any in particular that stands out for you?

“Without doubt, the most spectacular event I’ve ever shot was the 2014 24 Hours of Le Mans. It’s just an amazing place, one I’d only imagined through magazines and Gran Turismo games. I didn’t think I would be so close to such an iconic event after shooting motorsports for only eight months. I managed to acquire media accreditation relatively late just before moving over from Australia, and that did – unfortunately – leave me less prepared than I wanted to be. Turns out I had less gear for the night photography than required, and I wasn’t quite up to speed with the teams and people there.”

crankandpiston.com attended this year’s Le Mans and saw Porsche’s official return to La Sarthe. It was pretty amazing, wasn’t it?!

“Absolutely! The most memorable moments during that weekend for me was the intensity and pace on pit road, and standing at the Mulsanne Straight at 3am shooting THE Le Mans 24 Hours: the sights; the sounds; the smells; the speeds those cars can hit, and the amount of people in the grandstands. It was simply stunning.” 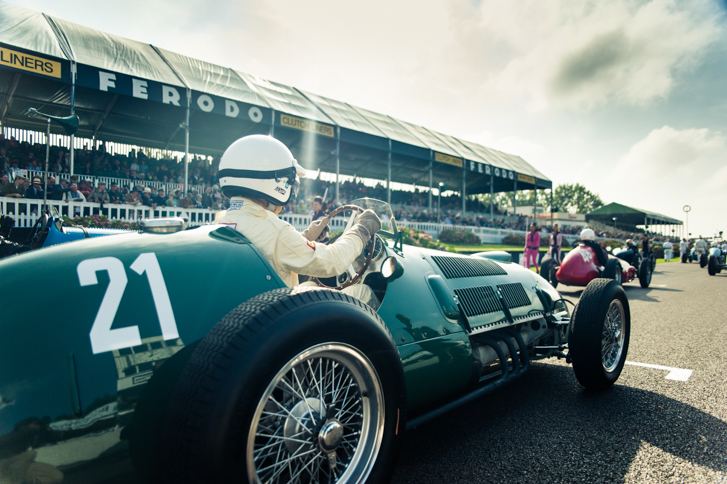 Interesting that Le Mans is one of the few race weekends of the year that combines contemporary racing with Group C historics. Both are pretty spectacular but do you have a preference?

“Hm…historic or contemporary? It’s a tough choice…in all honesty, I don’t think I can pick one. Both have their different shooting environments and are enjoyable in their own way. With classics, most meetings are attended and raced by enthusiasts who want to have an enjoyable but competitive weekend. So the atmosphere is always a bit more relaxed and makes for interesting opportunities to capture period correct ‘time’ in images. It’s also amazing to see and hear the sounds of motor racing history going hard on-track.

“On the other hand, contemporary racing is extremely exciting in that you are part of history in a different sense. It is definitely an amazing experience being at the forefront of modern technology and trying to capture that intense competition.”

Is Le Mans the furthest you’ve travelled for a race event?

“I travel as far as needed. However, when I lived in Australia, it was usually more local events as I was building my experience, though the highlight was shooting the Bathurst 12hr on Mount Panorama. Now that I’m living in the UK though, I’ve been lucky enough to shoot at circuits all over Europe, venues that only existed in glossy magazines when I was younger. Fingers crossed that one day I can shoot the stuff of dreams and follow Formula 1 around the globe.” 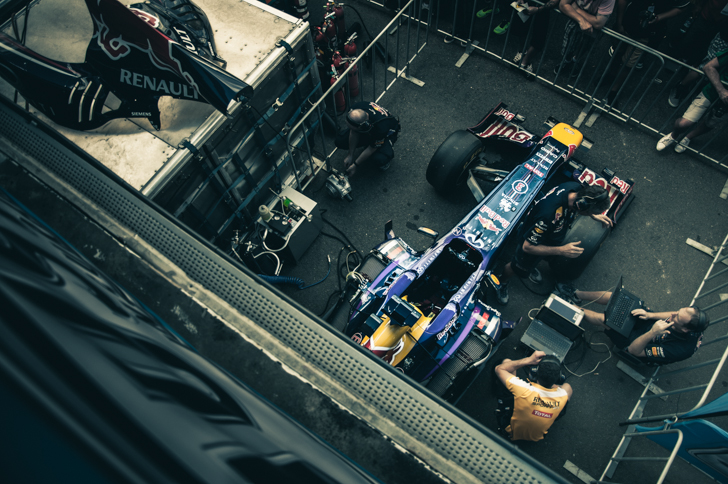 You’ve shot at two of motorsport’s most prestigious venues – Le Mans and Mount Panorama – and taken in events all over the world. Do you think that photography develops or changes from event-to-event?

“Yes, I do believe there is a gradual shift in the way motorsport is being shot, especially with the availability of digital equipment. In most cases, motorsport is shot with news as the primary focus, which results in shots that are clear, sharp and have only one purpose: “This is what happened, and this is what it looked like.” So from an artistic point of view, I find it a bit repetitive and not particularly appealing.

“However, with the use of digital, I believe more room has opened up for the artistic side which is used by a new generation of photographers. With no worries in terms of how many shots can be taken on a roll of film and the accessibility of post production, I believe motorsport is more open to being captured from a perspective that blurs the lines between just a news snapshot and art. That’s what I hope to bring to my work the more series I attend.”