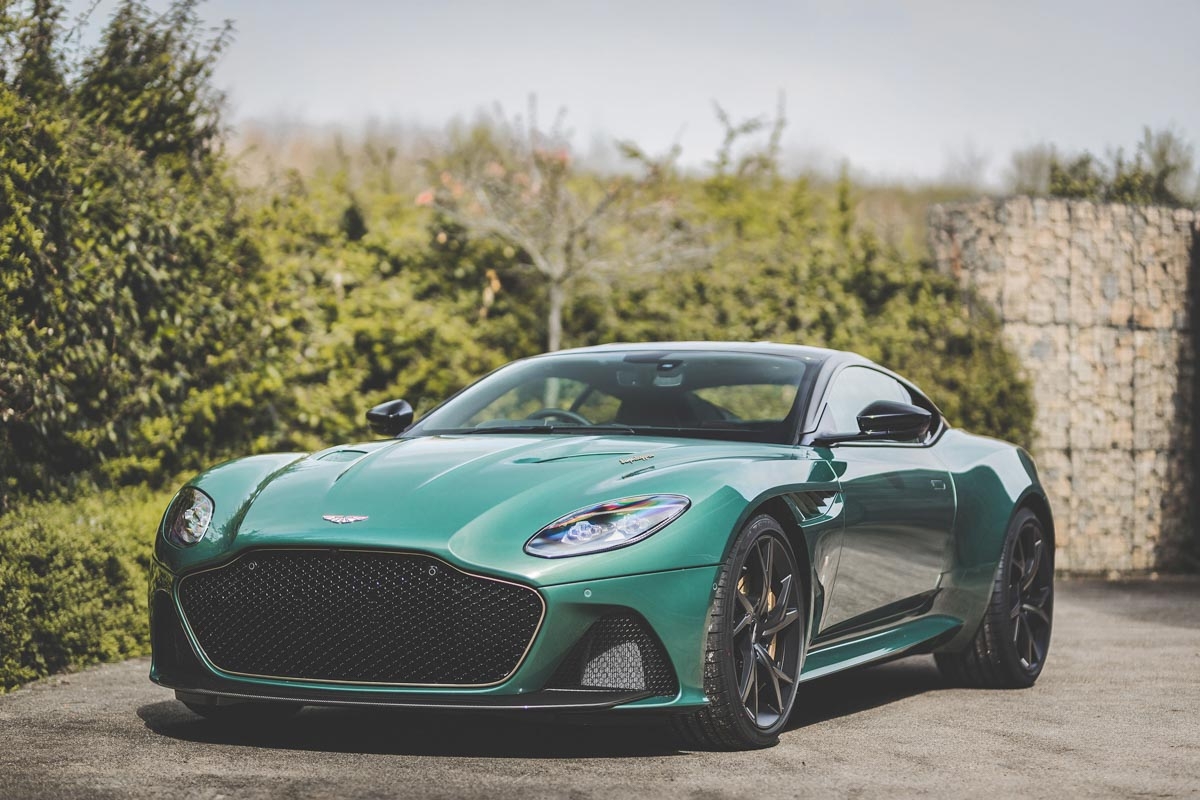 Aston Martin has a special edition DBS Superleggera celebrating AML’s one-two finish at the 1959 24 Hours of Le Mans. The special model, built by Aston Martin’s Q Division, will be limited to 24 cars and feature a variety of bespoke finishes designed in homage to the DBR1 racers of the period.

The bespoke exterior colour is Aston Martin Racing Green, a hue based on that of the 1959 DBR1, but on this DBS road car is contrasted with the use of gloss carbonfibre on the roof strakes and roof panel. Both the side vent strakes and bonnet slats are painted in body colour, contrasting with the usually black finish on standard models.

Aston Martin has also fitted a suite of bronze-finished details to the exterior, such as elements on the wheels, brake calipers, grille surround, badging and fender badge. Unique script is also applied on the static carbonfibre wing, also finished in a bronze colour.

Inside, Aston Martin has applied more of the same theme, contrasting body-coloured trim on the dash and doors with a two tone interior palette of Chestnut Tan and black leather. Finally, mimicking the exterior, elements such as the paddle shifters and stitching are also bronze finished. A new tweed-like fabric has also been integrated into elements in the door cards, and on the back of the seats, which together with the other bespoke finishes help give the interior a useful uplift in ambiance, often a bug-bear in the standard DBS.

Mechanically the DBS is unchanged, so it’ll have the same 715bhp twin-turbo V12 engine hooked up to an eight-speed ZF automatic gearbox as the standard car, and its impressive performance.

A total of 24 units will be built, but if you want one you’ll have to make your way to Aston Martin in Cambridge, as they will only be sold through this one specific dealership.